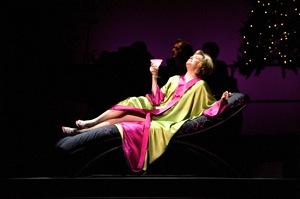 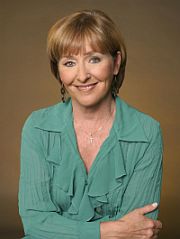 Frederica von Stade, the beloved mezzo-soprano, is saying good-bye to her fans. She is in the middle of a series of farewell appearances, winding down a 40-year, Cinderella-like career in opera that began in 1970, when she unexpectedly won the Metropolitan Opera National Council Auditions and received a contract from Metropolitan Opera General Manager Rudolf Bing.

As she approaches an as-yet-unannounced date in late 2011 when San Francisco Opera will cosponsor her final official concert, von Stade is preparing to begin a new chapter in her life. The woman who welcomes being addressed by her childhood nickname, “Flicka,” will devote far more of her time to working with several exemplary projects that support the youth of our communities.

Retirement, too, will give her more time with her husband, Mike Gorman, which they plan to divide between their house in Tahoe and a boat in Alameda. The couple will also pay frequent Nana-and-Papa visits to their imminently expected new granddaughters — one from Flicka’s daughter Jenny Rebecca, the other from Gorman’s daughter, Sam. And Flicka will have lots more time to devote to working with youth.

Shortly after moving to the Bay Area in 1992 to live with Gorman, Flicka began attending dinners sponsored by Financial Aid for Catholic Education (FACE). Introductions at those dinners led to her involvement with the Sophia Project, which has become a model program for serving children and families at risk of recurring homelessness and its effects; St. Martin de Porres Catholic School, which provides an extraordinary music education to young people; and the Young Musician’s Program (YMP) at UC Berkeley, which provides a comprehensive music education to musically gifted youth who cannot afford high-quality, intensive instruction.

Although there are wide differences between the Rudolf Steiner–based principles of the Sophia Project, the Catholic charity of St. Martin de Porres, and the secularism of YMP, the three programs hold as sacred the intrinsic worth of every human being, regardless of sex, race, or economic status. Each, in its own way, embraces the transcendent power of music and art.

“I believe I met Carol Cole and David Barlow, founders of the Sophia Project, at a FACE dinner,” Flicka explained in a series of extended interviews. “I went round to help garden one day, and then became more and more involved. [She currently serves on the board.] What they have done and accomplished in the last 10 years has been nothing short of miraculous, and it has been the greatest privilege to witness it. They have offered support for so many families, mainly by taking care of them in a safe and caring environment.”

Flicka met Sister Barbara Dawson of St. Martin de Porres at a FACE auction. Soon she visited the school, which had come close to shutting its doors and had no music programs.

“Sister Barbara really saved it,” she reported. “We talked about starting a choir, and she was willing to do anything to support the idea. Then things developed. I started taking the kids to the opera and to certain concerts. Chanticleer came and sang for the school, and then the Hansel and Gretel production for the [San Francisco] Conservatory. Now, the choir is about to enter its fourth year, there are dance and guitar programs, and we are adding a violin program in kindergarten!”

Flicka’s involvement with YMP came through her association with Oakland accompanist and coach Jim Meredith. She calls Meredith, who also directs the Sonos Handbell Ensemble, “one of the greatest human beings I know.”

“Jim has worked for them for years,” she related. “He introduced me to Daisy Newman, another amazing human being. Both of them should have the Medal of Honor for what they do and give. The kids have intensive work in the summer, and then they get all their private lessons paid for during the year.

They have to have a high grade-point level, and Daisy runs a very, very tight ship. To hear a 15-year-old kid sing a Schubert song for the first time, you can imagine the study it takes. But they learn way beyond music. They learn life skills and great discipline. At the end of it, YMP does everything to get them into university. Many of them do not go as musicians; two or three have gone on to be doctors, one with a full scholarship to Harvard. It’s just a fabulous, fabulous program.

All I do for them, really, is try to include them in performances, and get them into concerts. Kiri [Te Kanawa] generously gave 20 tickets to her recent concert in Marin, and the kids were able to go back [stage] and meet her. I also try to look out for them, along with Jim, and really just rejoice in their successes.

Flicka modestly omitted saying that she talks up these projects around the world and also helps with fund-raising. In January 2010, she sang with some YMP artists on Garrison Keillor’s radio show, A Prairie Home Companion. While no one has yet asked her to testify at Congressional hearings about the need for music programs in schools, she’s more than willing to do so.

Starting sometime this fall, she will donate a big portion of her earnings to these projects. Proceeds from her intimate afternoon concert at Oakland’s historic Bellevue Club at Lake Merritt (Dec. 5), scheduled for the last hour of a Bellevue Club Foundation celebration that will also include live and silent auctions and a champagne reception, will benefit the scholarship foundation of St. Martin de Porres.

“I hope to do more to help kids,” she said of her deepening involvement. “I can’t just come and go, on my project at St. Martin de Porres, and expect it to work. If you work with kids, you gotta be there. And I feel bad about being away. I’m excited about having more time to help, and maybe doing some teaching myself. I’m not trained at all, so I’d like to take some classes to do that.”

Joy and Sorrow, in Art and Life

It wasn’t merely a beautiful voice and rock-solid technique that led Rudolf Bing to offer von Stade a Metropolitan Opera contract on the spot. He discovered a young artist brimming over with joy, enthusiasm, and love of life who nonetheless had an extraordinary ability to evoke grief and sadness.

These qualities were immediately evident in her Cherubino, the role in Mozart’s Le nozze di Figaro (The Marriage of Figaro) that propelled her to fame at both the Met and in Santa Fe. If you watch the DVD of the 1973 Glyndebourne Festival performance conducted by John Pritchard, you see a Cherubino who is not just young, joyful, and impetuous — he’s also surprisingly soulful, far more touching than most.

When I asked Flicka where her ability to embody both sadness and joy comes from, she replied:

You know, I’ve been brought up very Catholic. I’ve had nuns for part of my life, incense, and all that. I really believe, on a sophisticated level, that suffering is a part of life, and is explained through Catholicism. Life is the agony and the ecstasy. Where I think we get into trouble as humans is that we expect all ecstasy, and we think there’s something wrong if we’re not happy.

Not to go all religious, but the life of Christ is a great story of joy and sadness. And in my life, personally, to take it away from any religious overtone, I was born into such sadness, one that I’ve really come to understand at my ripe old age.

My father was killed in April 1945, and I was born on June 1. I was born into this absence, and he was my mother’s morning, noon, and night. This was the love of all time. They had such a short time together, really, because of the war. And he was the picture of optimism.

The hurt, the disappointment, the sadness — the joy of having a baby, yes, but without her husband there. And I was early, and weighed something like 2½ pounds. So there was a lot of worry.

Although far too many of von Stade’s great recordings are out of print, those that remain capture her at her youthful best and mature peak. At the top of her surprisingly short personal list is her Cherubino, both on DVD and in recordings with Herbert von Karajan and Georg Solti. (I’d opt for Karajan over the early-digital Solti, which fails to capture the full beauty of her voice.) Cherubino, she thinks, not only embodies the spirit of Mozart, but also reflects the optimistic person she’s been happiest being.

Opposite Cherubino is Debussy’s Melisande, the “sad, sad, sad, sad personification of innocent sadness” who is “the other side of my soul. The pure sadness that children ‘get’ that they can’t explain. Why is there a monster under the bed? Who knows? Where does that come from? A child who has never even heard about the bogeyman will still have it in their soul, because we’re meant to be sad.”

Flicka is also especially fond of three other recordings: a session with Chris Brubeck that features the same duet that she and her daughter, Jenny Rebecca, recently reprised at the Carnegie Hall farewell; a pop recording, Another Side of Flicka; and her first recording of the fourth movement of Mahler’s Symphony No. 4, conducted by Claudio Abbado.

“For my money,” she says, “the fourth movement is one of the most beautiful works I’ve ever heard. [I love all the references to feasting in Heaven, because] Heaven for me is having asparagus. And I love Saint Peter and all the saints [I sing about], and I’m proud of that.”

Flicka is already well into her farewell tour. Besides her ultimate farewell at San Francisco Opera in late 2011, and her Bellevue Club Foundation recital, the Bay Area can look forward to two performances: a March 4-9, 2011, stint with the Philharmonia Baroque Orchestra, plus a Jake Heggie/Frederica von Stade Family Matinee on May 1, 2011, at Herbst Theatre, sponsored by San Francisco Performances. For Philharmonia Baroque, in addition to arias by Christoph Gluck, Flicka will sing the U.S. premiere of Nathaniel Stookey’s Into the Bright Lights. The work, which sets four of her own, somewhat autobiographical poems, is a commission from Edwin Outwater’s Kitchener-Waterloo Symphony in Ontario, Canada.

“Yeah, I’m still going,” Flicka acknowledged. “I have about another year, but it’s the last gasp, I guess you’d call it. I’m going back to Chicago in the summer to Ravinia to do Despina. And in addition to quite a few concerts, I’m also going to do [Heggie’s opera] Dead Man Walking again in Houston. That will be it.”

Perhaps. Despite inevitable signs of age, Flicka’s voice remains remarkably even, impeccably produced, and unforgettably evocative. When asked if it feels right to retire at this time, she replied, “Totally. Yup. It is. It feels good. And I’m so excited about my grandchild coming that I can hardly contain myself! I really look forward to that, having time with Mike, and doing my other projects.

“I look forward to a time when I know I can be at St. Martin de Porres two or three days a week and do what I can, not just dip in and dip out. I really enjoy seeing kids have the same feeling about music that I’ve had for all these years. If I can do one little thing to help them, that’s what I want to do. I just love doing it. I see so many great things. So I just hope to do more.”