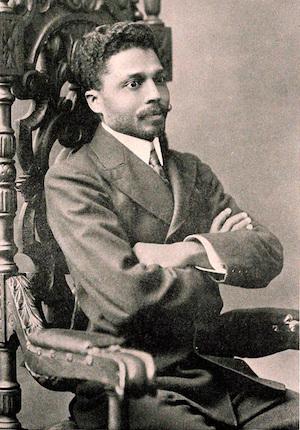 This month marks a series of milestone birthdays among African American opera singers: Martina Arroyo turned 80 on February 2, the legendary Leontyne Price turns 90 on February 10, and February 27 would have been Marian Anderson’s 120th birthday. Among the first African Americans to attain international celebrity in opera, these women are pioneers. Anderson made her long-overdue Metropolitan Opera debut on January 7, 1955, at the age of 58, and several other illustrious black singers soon followed, both at the Met and throughout the world.

To some listeners, this coterie of singers who burst onto the scene in the late 1950s and early 1960s — Price and Arroyo, Grace Bumbry, Shirley Verrett, George Shirley — seemed to come out of nowhere. Yet their momentous success built on the work of an earlier, less heralded generation.

In 1900, decades before the desegregation of mainstream opera houses seemed even remotely possible, the African American baritone and impresario Theodore Drury founded an opera company that presented operas from the standard repertory performed by largely African American casts. Working within the context of pervasive Jim Crow segregation, Drury became an unparalleled advocate for the performance of grand opera by and for African Americans, creating opportunities for black singers at the turn of the 20th century when mainstream venues and audiences remained hostile to their participation.

Only minimal precedent existed for Drury’s endeavor. In 1873, a Colored American Opera Company had been established in Washington, D.C, under the direction of a white musician named John Esputa. But that group had disbanded after only three years, and its repertory had been limited to the lighter, less sophisticated genre of comic opera. Somewhat more successful were the handful of black female singers, including Elizabeth Taylor Greenfield and Sissieretta Jones, who performed operatic repertoire as recitalists during the late 19th century. Haunting all such efforts was the specter of the minstrel show, which continued to produce distorted and disparaging representations of black music and dance for American audiences well into the 20th century.

Born in Shelby County, Kentucky around 1867, Drury moved to New York in the mid-1880s and quickly became known as both a talented baritone and as the manager of a concert company. In addition to a full schedule of local performances, Drury embarked on several recital tours during these years, concertizing in Connecticut, Indiana, Massachusetts, Missouri, New Jersey, Ohio, Pennsylvania, Tennessee, Texas, Virginia, and his birthplace of Kentucky. These early performances, which often included renditions of operatic arias, earned Drury the admiration of both black and white audiences. One critic raved, “His notes possess all the liquid, melting tones of the true tenor and his lower register is of grand power and resonance, vibrating with intensified, passionate emotion which thrills the hearer.”

Audiences were suitably impressed. When Drury sang at Indianapolis’s Corinthian Baptist Church in 1896, the concert was, according to a local journalist, “a grand success. There was a full house and they went wild with enthusiasm over the art and melody of the singer’s voice. After the program ended the house rang for fifteen minutes with cheers and calls for Drury! Drury!!”

The Theodore Drury Grand Opera Company gave its first performance on May 14, 1900, a production of Carmen at New York City’s Lexington Avenue Opera House. By all accounts, it was the first performance of grand opera in which not only the cast, but also the entire creative team and much of the audience, were African American. Desseria Plato performed the title role, Harry T. Burleigh (the noted composer, arranger of spirituals, and student and confidante of Dvorak) conducted, and Drury both served as artistic director and played the role of Don José.

The New York Herald wrote of Drury and the performance in admiring terms: “Theodore Drury, the impresario, deserves all credit for his resourceful daring. The performance was an exceedingly interesting one, and in every way worthy of the earnest effort which inspired it.” In another review, the critic H. S. Fortune described the performance as “characterized by a high degree of suavity, with a total lack of friction.” “Grand Opera by colored singers,” Fortune noted triumphantly, “is progress worth mentioning.”

Drury built upon the success of the company’s first production with annual performances at New York theaters: Il Guarany in 1901, Faust in 1902, Aida in 1903, Pagliacci and Cavalleria Rusticana in 1904, and Carmen again in both 1905 and 1906. The company represented virtually the only opportunity for black singers to perform full operatic roles, and its core performers (in addition to Drury, who appeared in nearly every production) included Estelle Pinckney Clough, George L. Ruffin, Frederic Sheldon, Theodore Pankey, and C. Marie Rovelto.

In later years, the company’s performances became more sporadic. Beginning in 1907, they performed occasionally in various East Coast cities, often presenting excerpts and scenes rather than full productions. A 1930 full production of Aida in Philadelphia hinted at a possible resurrection for the company, but it never again achieved the status it had enjoyed during the first years of the 20th century. The company’s last known performance was a 1938 production of Carmen.

Drury’s performances were social events as well as artistic ones. Extensively advertised in the black press, the performances attracted enthusiastic crowds, including many members of the African American literary and cultural elite, and the operas were typically followed by hours of dancing that stretched into the early morning. Drury himself was an acquaintance of James Weldon Johnson, the acclaimed Harlem Renaissance writer and civil rights activist; in his 1933 autobiography, Along This Way, Johnson recalled Drury as “the picturesque one” who “cultivated a foreign air.” The two men frequently discussed their shared interest in the arts, and Johnson recalled that “the main question talked and wrangled over [was] always that of the manner and means of raising the status of the Negro as a writer, composer, and performer in the New York theater and world of music.”

At the same time, Drury’s performances worked to combat demeaning representations of African Americans and to contribute to the philosophy of racial uplift. Rooted in ideals of individual self-improvement, moral reform, and the necessity of diligent struggle, uplift was based upon the idea that through the attainment of excellence in a variety of pursuits, African Americans would improve the status of “the race” as a whole by proving their cultural and intellectual parity with whites. A critic named Robert W. Carter, an enthusiastic advocate for Drury’s operas, contended that the company was an “extraordinary undertaking … the evidence of a superior mind and of a greater ambition to fill more important positions in life.” The performances, he argued, actively countered the fact that white audiences were accustomed to seeing African American musicians exclusively “on the comic stage,” “convulsing their audience with ludicrous songs.”

“These operas given by Mr. Drury,” Carter proclaimed, “should be well received for many reasons, the chief of which lies in the fact that they are doing much to mitigate the prejudice of the Caucasians against the colored race.” Carter even posited a connection between Frederick Douglass, who “rose to dignity and distinguished superiority from humble log cabins, not from gilded halls,” and the composer Giuseppe Verdi, “not [heir] to gilded halls and a long line of noble ancestry, but…from the common people.”

Ultimately, Drury would take his place as the successor to both these giants: “Undismayed by difficulties, he presses forward toward the goal of his ambition as did Douglass…and a host of other grand race lovers.” Unabashedly grandiose, Carter’s narrative suggested that Drury’s work could lead the way toward profound cultural change.

Although nearly forgotten today, Drury’s name was often invoked in connection with monumental events as the tradition of black operatic performance began to blossom. When Caterina Jarboro sang the role of Aida with the Chicago Opera Company in 1933, the first black woman to do so, a critic reminded listeners that her success built upon that of Drury, “who has been the leading exponent and pioneer of the opera among colored people.” When Marian Anderson made her Met debut, it was noted that her performance was “no sudden thing”: that she was “Not First in Interracial Opera,” but rather part of a decades-long lineage that began with the operatic “pioneer” Theodore Drury. Perhaps most poignantly, when the National Negro Opera Company presented Verdi’s La Traviata at Madison Square Garden in 1944, a year before Drury’s death, reports noted that the “audience was signally honored by the presence of Theodore Drury, who for years in his presentations of Carmen and Aida laid the foundation.”

Excluded from the stages of mainstream opera houses, and the institutional resources and visibility that came with such opportunities, Drury and his performers created an alternative musical space for black artists and audiences. His contribution to American operatic history, which has been almost entirely overlooked, is a reminder that the slow and overdue desegregation of major opera houses is by no means the only story to be told about African Americans in opera.

As we continue to celebrate the accomplishments of figures like Price and Arroyo, and those that have followed them, it’s essential to remember that they did not emerge out of a vacuum, nor did they succeed solely as the result of the overdue opening of the door by powerful white administrators. Rather, they built upon a longstanding tradition of black operatic performance, forged in the context of Jim Crow segregation. The circumstances under which that creation emerged were an outrage; the art created in spite of those circumstances was remarkable.