With the holidays in full swing and a new year upon us, financial advisor John Liviakis and 23 artists have decided to remember the less fortunate with The Marin Project, a CD (listen on soundcloud) and benefit concert to raise funds for Salvation Army and Homeward Bound Marin in the fight against homelessness, an issue that rings a bell for many musicians. 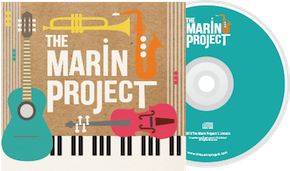 “I remember looking at Marin County when I moved up from Santa Cruz and wondering if I wanted to live right in San Francisco or up in Marin and it was — it seemed — more expensive in Marin than it does in San Francisco or it did at the time that I moved up. I definitely looked around and really couldn’t find anything that was suitable for my family at the time. So, yeah. I think it [homelessness] is a big problem. It’s a problem everywhere ... people don’t associate it with Marin,” said vocalist Susan Gundunas. “I don’t know why. I think it’s just we consider that Marin is full of millionaires and, therefore, there shouldn’t be any homelessness. But I know there is.”

When Liviakis — the project’s executive producer as well Gundunas’ first cousin — contacted her about it, she was thrilled. And not only because it’s a worthy cause but because homelessness is widely felt by the music community, especially in places like Marin.

For instance, I worked in Germany as a singer there. The culture is so used to supporting artists and musicians because the government does. So, it’s all part of their culture and their upbringing. Here, to be an artist, you have to have several things going on … I’ve had times in my life, when I was in Phantom of the Opera in Germany, where I hit the jackpot and I was able to do completely singing. But here, I have to juggle many things,” said Gundunas. “I’m a teacher and I’m a singer and I’m an actress. I’m like a freeway-flyer, you could call me … I’m grateful to have all the jobs and all the students that I have, but I have to work really hard and I know that most of us have to do that. Most artists I know have to freelance and do that. So, we have definite sympathies with the homeless, the hungry, the jobless. Absolutely. I think we feel sympathetic to them, close to them.” 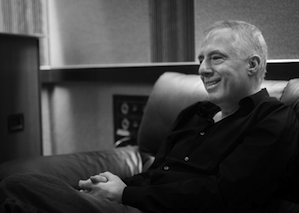 Both Gundunas and Liviakis, who played cello and piano growing up, cherish fond musical memories during the holidays. And because of those memories and his sustained interest in music, Liviakis wanted to use music to make an impact locally. So, he teamed up with friend and producer Anastasi Mavrides and created The Marin Project. 100 percent of the profit (not the proceeds) from the CD and concert will be donated to the two organizations.

“As far as what made me choose homelessness, I just thought in my mind, out of all the [issues] to give to in the world, it seemed to me to be rather obvious that it’s one of the most extreme hardships in our world,” said Liviakis, who is also the Founder and Chairman of Liviakis Financial Communications, Inc., a company that provides investor relations services for nonprofit entities. “It’s certainly the one that has the greatest hardship associated with it.”

The CD, which features a dynamic compilation of pieces handpicked by Liviakis from different genres, highlights Gundunas and 22 other Bay Area artists such as percussionist Teeth Gonzalez, bassist Ryan Lukas, Rebecca Roudman of the Santa Rosa Symphony and Oakland East Bay Symphony, oboist and 2008 Global Connections Grant recipient Brenda Schuman-Post, and many more. The CD was recorded at T.R.I. (Tamalpais Research Institute) Studios, known for its quality recordings and connection Bob Weir of Grateful Dead.

I have to juggle many things. I’m grateful to have all the jobs and all the students that I have, but I have to work really hard and I know that most of us have to do that … So, we have definite sympathies with the homeless, the hungry, the jobless. - Susan Gundunas

“I am really pleased with the quality of the recording. It’s just fantastic quality. It’s top-notch and what I love about it is that it’s eclectic and it’s very personal to John, who I've known for years. I’ve known him since he was a kid playing the piano and we’d all get together as a family and sing,” said Gundunas. “He’d play the piano and his sister would play the cello and it was really, really near and dear to my heart. I don’t know. Just the personal focus of it and the fact that it’s eclectic and I think that is something will appeal to everyone.”

By now, one might ask, why does homelessness exist in a wealthy county like Marin? The obvious answer is lack of affordable housing for people who aren’t in high-income brackets. 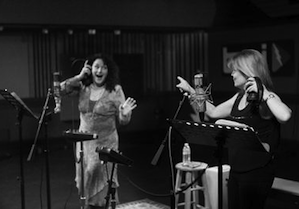 “They just had an article in the [Marin Independent Journal] maybe two weeks ago and it said that the average [asking price for an] apartment in Marin County is $2,100. And if you are a family of three and you’re earning [minimum] wage, chances are you’re not going to be able to afford that,” said Mary Kay Sweeney, executive director of Homeward Bound Marin. “Even though that’s the average — obviously there are lower and higher prices than that — we have priced people out, especially people who are doing the entry level jobs that we find a lot of our folks doing. We’ve priced people out of the housing market here.”

The National Alliance to End Homelessness reports 610,042 individuals throughout the United States experience homelessness on any given night. 387,845 of that number are non-military individuals, and 57,849 are service veterans, which leaves 222,197 family members. Just this past October, Blake Ellis in CNN Money reported that there were a record 1.2 million homeless students nationwide from preschool to high school for the 2011-2012 academic year and that 58,158 college applicants in 2013 declared on federal financial aid forms that they were homeless. And According to Homeward Bound Marin, there are 1,000 people without a place to stay and 4,000 precariously housed people on any given day in Marin County.

We have priced people out of the housing market here, especially people who are doing the entry level jobs that we find a lot of our folks doing. - Mary Kay Sweeney, executive director Homeward Bound Marin

When a problem is as massive and as complicated as homelessness, sometimes the little things don’t seem to make a difference, but they do, Sweeney emphasized.

“If people can break it down: For us to serve one person in an evening here, — one night, one day — is $32. If you look at what it might cost you for housing and divide that by 30 for a whole month to see if you can donate one day’s worth of money to Homeward Bound, we could really help people. The other thing we always need is blankets and sheets, single sheets. We often need pillows and towels — we always need towels. So, those are things that people actually feel like they can contribute because it’s within reach.”

Homeward Bound Marin serves about 475 people per day, with a general operating budget (excluding overhead), of $15,200 daily to provide those people with a safe place to sleep. Donations aren’t just short-term solutions, but also go to job training assistance and programs that create a “back door,” or a place for people to go after they leave the shelter. A small donation or a towel would certainly be more than a drop in the bucket. And a CD or going to a concert could be just as helpful.

It [may be] small but it’s all I can do …. It’s one thing to drop money into a container in a corner at a Salvation Army stand or to send a check. It’s another thing to also, at the same time, [have] a memorable evening or a CD, something they’ll cherish for a long time.” -John Liviakis, financial advisor

“It’s a time for people to think about that, about the less fortunate. And us doing our part on the local level seems to be a way to keep the arts alive and keep this idea of fundraising for those who are less fortunate than ourselves in the public consciousness. I guess it’s always timely. It’s always going to be an issue.”

“I think musicians tend to be sensitive to issues just because of their artistic qualities, Sweeney agreed. “The fact that they wanted to do something for other people is really remarkable, when they themselves may be struggling. I don’t know how many of the musicians in the project are struggling financially but I would imagine, if they aren’t now they have been in their lives and can understand that.”

Liviakis just hopes people will enjoy the CD with loved ones the way he and Gundunas did with music as children and that people will come to the corresponding concert in January.

“It [may be] small but it’s all I can do …. It’s one thing to have someone drop money into a container in a corner at a Salvation Army stand or to send a check,” said Liviakis. “It’s another thing for them to also, at the same time, [have] a memorable evening or a CD, something they’ll cherish for a long time. We’re getting fantastic feedback on the music right now, which is really nice for me to see.”

The Marin Project CD was released last month and the concert is on January 18, 2014. In addition, Homeward Bound Marin stages its own events, such as events with local and celebrity chefs. Their next event is on January 23, with Chef Jeff Cerciello of Farmshop. The Marin Project is just one of many ways to do something positive in your own backyard.

“I think we're really excited about the concert because music brings people together in a celebratory fashion,” said Sweeney. “To tie music into support for such a worthy cause — we really love that concept.”