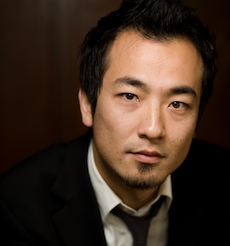 San Francisco Conservatory pianist-in-residence Keisuke Nakagoshi, and half of the Grammy-nominated piano duet ZOFO, will perform a debut solo recital featuring the premiere of Moth, a new piece by Jack Curtis Dubowsky, as part of the 50th season of the Fremont Symphony Orchestra.

“I was asked for one of Fremont Symphony’s benefit concerts,” said Nakagoshi. “I’m very happy and excited as this is my first entirely solo recital (without any guests for chamber music) presented by an organization. I think it’s wonderful and important to keep a powerful art form like orchestra music more accessible to more people. I would be happy to support that.”

Moth, which will be played alongside Beethoven, Ravel, Khachaturian, and Gershwin, was created in response to a Facebook post by Nakagoshi for bug-inspired works. Dubowsky, a fellow grad and composition major at the Conservatory, answered the request without duplicating Rachmaninov.

“No one wants another Flight of the Bumble Bee. So the thinking was to do insects that were original and different and that people hadn’t done,” said Dubowsky. “I was trying to make the piece very gestural. So instead of coming up with this sort of melody that might have some programmatic meaning, I was imagining those insects in human size at the keyboard.”

“One of my passions in music is playing modern music. I love the aspect of introducing new music to people. This program turned out rather traditional, due to a request from the presenter, but I’m very happy to have Jack’s piece in the program as a part the segment of short, character pieces.”

Dubowsky, too, is strongly supportive of regional orchestras, partly for professional reasons.