Music to Shelter By

Recording studios are mostly off limits these days, as it’s almost impossible for more than two people to work together while socially distancing in the cozy confines of a sound booth. But with the sometimes years-long lag time between recording the music and releasing it to the public, there’s been a steady flow of new sounds by Bay Area artists available on various platforms since March. In some cases, musicians have used pandemic-induced downtime to finally release back-burner projects. And many artists have found ways to keep recording and releasing new music despite the manifold challenges. Sequestered at home, I’ve had plenty of time to check out new CDs, Bandcamp albums and EPs, and YouTube singles. And some releases are worth repeated plays. 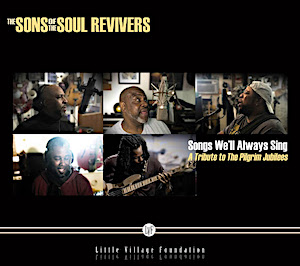 For sheer soul-powered inspiration, it’s hard to beat Songs We’ll Always Sing: A Tribute to the Pilgrim Jubilees by the Vallejo gospel group The Sons of the Soul Revivers. The old-school Soul Revivers are a family band that found a new audience with the 2017 release of Live! Rancho Nicasio on blues keyboardist Jim Pugh’s nonprofit Little Village Foundation label. Produced by Pugh and San José guitarist Kid Andersen in his invaluable Greaseland Studios, Songs We’ll Always Sing offers another object lesson in the enduring power of the classic gospel quartet sound.

It’s not hard to see why Soul Revivers brothers, James, Dwayne, and Walter Morgan, Jr. are drawn to the Pilgrim Jubilees, a golden age gospel ensemble that’s been around since 1934 and still includes members of cofounder Elgie Graham’s family. The album includes many of the Pilgrim Jubilees’ best-known songs, but you don’t need to be a gospel music aficionado to revel in the Soul Revivers raucous rhythms and ardent harmonizing. 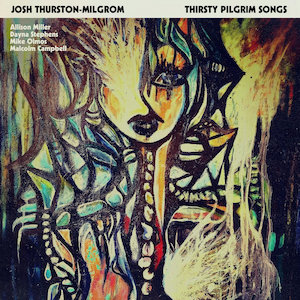 There’s a different kind of glory in the music of Oakland bassist Josh Thurston-Milgrom, a well-traveled player who’s been a presence on the Bay Area jazz scene for years. I’ve seen him in a variety of settings, particularly at the Stanford Jazz Festival (where he’s a longtime faculty member at the Workshop). But I was surprised and delighted to find out he’s also a composer with a gift for sumptuous lyricism. His debut album Thirsty Pilgrim Songs (Slow & Steady Records) is full of drama, incident, and counterpoint, starting with the gospel-tinged opening track “Le Petite Mort.” 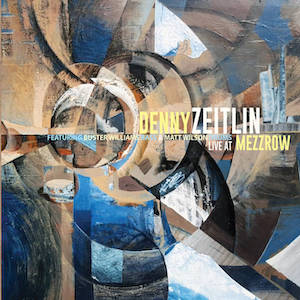 There’s no surprise about the consistent brilliance of pianist Denny Zeitlin’s new album Live at Mezzrow (Sunnyside). Recorded at the New York piano bar over a two-night run last year when he was 81, the session extends Zeitlin’s late-career creative surge into his ninth decade. When he’s not giving captivating, often thematic solo recitals or creating electro-acoustic soundscapes with percussionist George Marsh, a trio with bass master Buster Williams and drum star Matt Wilson has been his primary vehicle over the past two decades. Given the hectic schedules of his collaborators, Zeitlin doesn’t get the group together often, but when he does, they make it count.

Mezzrow opens with a sweeping reimagining of Gershwin’s “The Man I Love,” but the album’s preoccupation is with the ethereal beauty of Billy Strayhorn’s songbook (material Zeitlin explored in a 2017 solo concert at Oakland’s Piedmont Piano Company that I reviewed for SFCV). He wrings every last drop of pathos out of “The Star-Crossed Lovers” from the Ellington Orchestra’s Shakespeare-inspired suite Such Sweet Thunder and captures the sense of roving adventure in Strayhorn’s Far East Suite jewel “Isfahan” with a brisk arrangement. He closes with a 12-minute unpacking of Wayne Shorter’s “Paraphernalia,” revealing several new themes and rhythmic wrinkles compared to the solo sojourn on his masterly 2016 album Early Wayne. 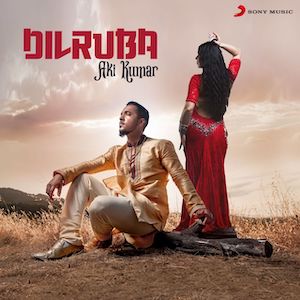 Mumbai-born, South Bay blues vocalist and harp ace Aki Kumar just released a seven-song album Dilruba (Sony) with a series of typically playful videos. The piece below, which was shot in the Utah desert to minimize social contact, is his bluesification of “Aana Mere Pyar Ko,” a 1990s Bollywood hit. Like with Sons of the Soul Revivers, Kumar’s career took off through his Little Village Foundation releases, particularly his mind-bending 2016 breakthrough Aki Goes to Bollywood, which transformed Hindi film themes by setting them to an array of African-American grooves. 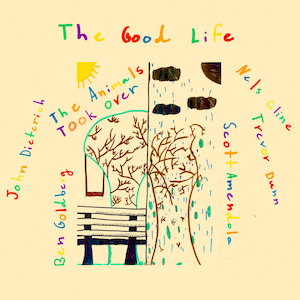 The fact that The Animals Took Over has been sitting on the shelf since 2009 doesn’t make the music any less immediately bracing. Featuring the all-star ensemble The Good Life led by Berkeley drummer Scott Amendola, the bristling band includes clarinetist Ben Goldberg, electric bassist Trevor Dunn, and the powerhouse guitar tandem of Deerhoof’s John Dieterich and Wilco’s Nels Cline. Recorded live at the lamented Oakland art space 21Grand and released on Bandcamp as a fundraiser for Food Bank for New York City (Foodbank4NYC), the group explores a vivid palette of densities and textures, with close listening even at its most frisky. The project started as a vehicle for spelunking Ornette Coleman’s volatile oeuvre, but grew to include originals and the amazing opening track, Jimmy Giuffre’s “Cry, Want” from his classic 1961 album Fusion. If you contribute $20, the piece is worth the price of admission itself.

A ubiquitous presence on the Bay Area music scene in the 1990s, Berkeley-reared vocalist Destani Wolf became a scarce presence in the 21st century, with a 12-year sojourn in Los Angeles and a recent spate of starring roles in Cirque du Soleil productions overseas. With Cirque’s fate uncertain and the global shutdown, she’s back in the Bay Area and has just released a thrumming new single, “Blinds,” a collaboration with producer Headnodic and Living Legends’ emcee Scarub. She sounds as glorious as ever. 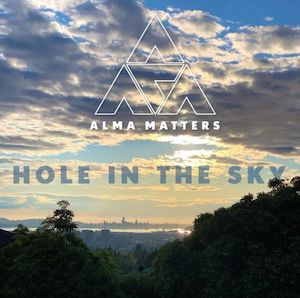 Berkeley vocalist Jeff Weinmann has spearheaded the project Alma Matters for the past decade, corralling a talent-laden circle of friends into the studio for recording sessions resulting in an excellent eponymous album and numerous videos. Recorded just before the shelter in place order, the latest release is “Hole in the Sky,” a song composed by Brazilian-born guitarist Ian Faquini with lyrics and arrangement by Natalie Cressman (who contributes vocals and the trombone solo). Inspired by the experience of the Northern California wildfires, it’s a timely anthem about maintaining hope in the face of natural disasters. The piece includes the usual impressive Alma Matters crew, with tenor saxophonist Peter Apfelbaum, trumpeter Erik Jekabson, trombonist Jeff Cressman, and bassist Steve Hogan, as well Brazilian percussionist Douglas Alonso. The video stars Vanessa Isaac, a Brazilian actress, singer, dancer, choreographer, dance instructor, and writer. 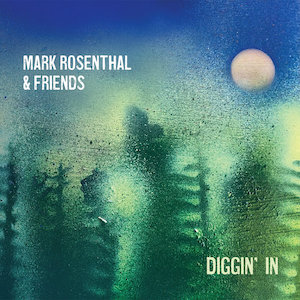 With contributions by Peter Apfelbaum, Steve Hogan, and Jeff Cressman, there’s a good deal of personnel overlap between Alma Matters and the new album by steel drum player Mark Rosenthal, a musician I wasn’t familiar with before he dropped me a link to his new album Diggin’ In. Add in players like percussionist Ami Molinelli, guitarist John Schott, and saxophonist Larry de la Cruz, and Stephen Kent on didgeridoo and the surfeit of talent is evident. Rosenthal unleashes his collaborators on a diverse and delightful puckish program that ranges from Pharoah Sanders’s celestial jazz hit “The Creator Has A Master Plan” (featuring vocals by Michelle Jacques) and Bob Marley’s “No Trouble” to John Prine’s “Angel From Montgomery” and Billy Cobham’s fusion landmark “Red Baron.” He also tips his hat to his formative Caribbean influences with a graceful version of “Rainorama” by the Trinidadian calypsonian Lord Kitchener.

Finally, if you haven’t already checked out Ben Goldberg’s Plague Diary, make some time. Composing and recording in solitude, the clarinetist has posted 99 pieces as of last weekend, an epic body of work capturing the dismay, angst, pleasures, intimacies, outrages, and frustrations of sheltering in place and its uneasy sequels.

The Past Has Presence: Latin Jazz Presses On

A musical lineage that decisively influenced 20th-century music looks to continue in its own key.

In a long interview, the renowned jazz polymath talks about staying human and finding love, justice, and hope in dark times.

Songs From an Uprising