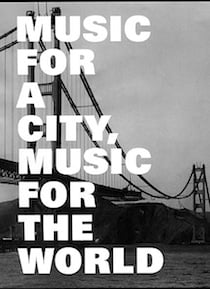 The biography of a symphony orchestra is inevitably more than that. It’s a segment of the history of its community, of succeeding generations sacrificing and dedicating great commitment to ensure and to grow the instrument. The story of San Francisco’s first major orchestra is assumed to begin in 1912 with the founding of the San Francisco Symphony and its premiere concert under Henry Hadley.

That is only narrowly, literally true. The tale begins in the first years of the new city created by the Gold Rush. The urge, the drive, the need to create a San Francisco Symphony had been developing for decades, stimulated, actually implanted, by the programs of a succession of orchestras.

In his Music for a City, Music for the World: 100 Years With the San Francisco Symphony (Chronicle Books), Larry Rothe pays homage to this tradition, the foundation of the orchestra. Rothe is the Symphony’s publications editor and director of special projects. His remarkable study, copiously illustrated, traces the epic struggle down the years to find the financial support, squeezing by in each budget-pinched year, gradually increasing the season (from 16 performances to double that in 1968–1969), and eventually arriving at a full-year contract for the musicians.

Still, the musicians had no Social Security until 1950, no pension plan until 1956, no tenure provision until 1968. The musicians, supporting themselves with other jobs, helped to carry the Symphony. It is their orchestra as much as it is that of the patrons and the audience.

Rothe carefully describes the great efforts made by successive Symphony presidents to keep the orchestra above water. Their photographs are shown but, curiously, their eminence and achievements in the community are not described. Nothing is told, for example, about the fabled empire and career of W.B. Bourn, Symphony president from 1912 to 1916 and founder of the Pacific Gas and Electric Company, nor of founder Richard Tobin, president 1933–35, president of the Hibernia Bank, a diplomat, and an amateur violinist. The book incorrectly names Nancy Bechtle, Symphony president for 14 years (1997–2001), as a descendant of one of the Symphony’s founders, Emanuel S. Heller. She is not a Heller but a Hellman, directly descended from Isaias Hellman, the great financier.

The most important narrative, properly, is the discussion of the conductors and their terms on the Symphony’s podium. In his discussion of the succession of conductors, Rothe gives scant impression of their music-making. The orchestra was covered by the many newspapers in the Bay Area and was reviewed regularly by as many music critics and reviewers as any orchestra in the country, more than most. But the book attempts no distillation of those reports, which might have given some reliable description of the actual music made and the distinctive characteristics of performances led by this or that conductor. 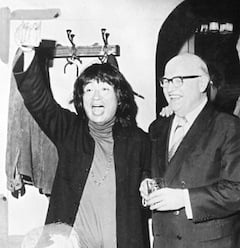 Henry Hadley, the founding conductor from 1911 to 1915 and the only American music director until Michael Tilson Thomas, was not fully appreciated. By contrast, his successor, Alfred Hertz (tenure 1915–1930), was embraced enthusiastically. Hertz brought with him the great European tradition as well as significant experience, and truly established both the orchestra and symphonic music in San Francisco.

Music for a City is utterly thorough in chronicling the Symphony’s major events and achievements, such as the first radio broadcast in 1926, and its record-setting transcontinental tour of 56 concerts in 57 days under Monteux. The repertory of 27 works then included something the current orchestra doesn’t tackle: three works by Bay Area composers. 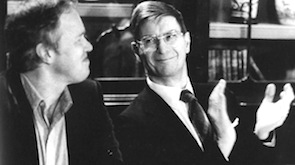 Rothe helpfully refers continually to historical context and major events. In 1923, three years after the 19th Amendment granted women the right to vote, Hertz hired first a woman violinist and then three other women musicians, beginning the orchestra’s leadership in hiring women. Discussions of President Herbert Hoover’s election, the stock market crash and Great Depression, World War II, the Loma Prieta earthquake of 1989, and much more of the larger history are interleaved with that of the Symphony.

Three less than glorious episodes in the Symphony Association’s past, events that I followed as a reporter, are chronicled but only one of them as forthrightly and thoroughly as should be done in a history. The first is the circumstances surrounding the appointment of Enrique Jordá as music director and his career here. Unbelievably, Jordá was hired as successor to Monteux over Leopold Stokowski, Bruno Walter, Ferenc Fricsay, William Steinberg, and Georg Solti, after each appeared as a guest conductor during “The Season of Decision” in the 1953–54 season. “Few board members seemed excited about any of the guests,” Rothe reports, so the opinions of some 2,000 subscribers and contributors were solicited. Most of those who voted preferred Jordá, who was then selected over Solti(!).

While initially Jordá impressed the musicians, in a year or so the honeymoon ended. The players gradually became disenchanted, as I clearly remember from conversations with many whom I knew well. And the orchestra’s morale and performance quality began dropping. Urged by the Association’s president, J.D. “Dave” Zellerbach, however, the board renewed Jordá’s contract in 1956 for three more years, during which period the orchestral situation went from bad to worse. Some players reduced or even stopped their practicing and took up time-consuming hobbies like sailing, photography, or antique automobiles. Many of the violinists neglected to have their instruments properly maintained, the owner of a prominent violin shop told me. When the bass section played a unison line, it sounded like a succession of chord clusters. One of the co-principal French horns could not play a standard solo like that in the Andante cantabile of the Tchaikovsky Fifth Symphony without cracking two or three times.

Although the book offers no explanation for Jordá’s hiring and the renewal of his contract, the reason was obvious: The board, and certainly the subscribers, were not qualified to make those judgments, unguided by a deeply experienced professional. Finally, in 1978, such a leader, Peter Pastreich, was appointed as the Symphony’s executive director.

The later stages of the unhappiness over Jordá were exacerbated by George Szell’s refusal to conduct his second week as guest conductor and by an exchange of letters that followed. Rothe reported that “Szell forwarded a copy of his letter along with one of [music critic Alfred] Frankenstein’s, to Alexander Fried, who knew a good story when he saw one and published both in the March 28 S.F. Examiner.” In fact, Fried, a gentleman to his fingertips and a great colleague, argued vigorously but vainly to keep his editors from printing the letter.

Another mistake occurred in 1963, arising from J.D. Zellerbach’s plan to absorb the Oakland Symphony on the theory “that the Bay Area could support only a single orchestra.” Zellerbach’s protégé and successor as president, Philip Boone, with his board’s approval, met with the Oakland orchestra’s president and negotiated secretly the dissolution of the Oakland Symphony and dismissal of its successful conductor, Gerhard Samuel. The Oakland president and an unspecified number of his Symphony’s board would be given seats on the S.F. Symphony board, and their significant East Bay audience would be served by perhaps two programs a year.

Boone’s interest was solely in the money that was supporting the Oakland Symphony and not at all in the East Bay musical community. For the one Symphony board it was a plan; to the other, it was a plot, and a sneaky one. The Oakland Symphony board members knew absolutely nothing of the negotiations; the day before the board meeting when he intended to place the plan before them, their president who had been dealing with Boone, Thomas Price, died of a heart attack.

Another sub-rosa negotiation by Boone went on for nearly six months in 1969 with Ronald Wilford, CEO of Columbia Artists Management, to replace Josef Krips with Seiji Ozawa, both of whom were Wilford’s clients. I had a reliable tip that Ozawa had been hired and went to Krips to ask him about it and confirm the information. It was a terrible moment, for that’s how he learned that he was being let go — from me. Not a nice way for the Symphony Association to treat the man who had taken the orchestra out of the musical netherworld and rebuilt it.

The course of the San Francisco Symphony was mostly up from there, which the book traces to its current high and the success of Michael Tilson Thomas’ tenure. A few other factual missteps turn up in its pages, though. In relating the installation of Heinrich Keilholz’ acoustical shell in the Opera House in 1963, Rothe omitted the fact that the design was crucially compromised in a cost-cutting measure. He also misidentifies the lot of what “would become the site of Davies Hall” as St. Ignatius School instead of the former Commerce High School, which was owned by the San Francisco Unified School District.

And Rothe might have mentioned that Davies Hall was not ready at its inauguration in September 1980, because of a strike that had idled the contractors that summer. Not only was the marble missing from the stairs and the lobby when the hall was opened, but the acoustic reflectors above the stage had never been tested or adjusted. The acoustics of the hall were seriously flawed until a renovation 12 years later put things fairly much to right.

The new hall marked a major turnaround for the Symphony, coinciding with the separation of the Opera Orchestra and the Symphony. That allowed the then-music director, Edo de Waart, to engage 20 new members, or one fifth of the orchestra, another big step in the development of the Symphony

Rothe accurately assessed one of De Waart’s strong points: “In Edo de Waart, the Symphony found its most dedicated champion yet of contemporary works.” This policy, as well as the new and American music that Hertz, Monteux, and Krips performed, ironically points up the fact that the Symphony’s programming has not approached an appropriate representation of our music since De Waart, publicity propaganda to the contrary notwithstanding.

Music for a City, Music for the World is a monumental history and effort, no question, shortcomings and all. It would have been much better had the major works the Symphony introduced here and its singular performances been recognized, chronicled, to have made this something of a musical history. While that has yet to be done, the San Francisco Symphony’s admirers, fans, and patrons can relish and cherish the big story that has now been told.