Of course, the question here is, underrated by whom? Some of the composers on this list are liked by the public, but disregarded by professional musicians or by performing organizations or historian/scholars. Others are hits with their peers but generally unknown by the public. In each case, I explain how or why I think these composers are underrated. These are the only ground rules: no early-music composers (they’re all underrated equally); no living composers (who knows what will happen with them?); no “popular music” composers (for whom you would use completely different criteria).

As for women composers, most of them (with the possible exception of Hildegard of Bingen) have been underrated, though the greatest and most promising women composers — Sofia Gubaidulina, Kaija Saariaho, Pauline Oliveros, Joan Tower, Julia Wolfe, and a few others — are all still alive. No apologies necessary for that, I hope. 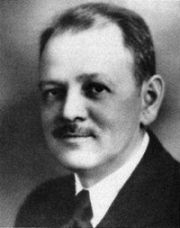 No. 10, Carl Stalling: A few years back, when every intellectual, pseudo- and otherwise, was yakking about postmodernism, it looked like old Carl might finally have his day. The musical genius behind the Warner Bros. Looney Tunes cartoons — the man who gave us a bullfight finale scored to the stretto of Wagner’s Rienzi Overture (in Bully for Bugs) and in the same cartoon also found time to throw in La Cucaracha and the Mexican Hat Dance — is the ultimate “Po-mo” hero.

But it never really happened. A few symphony orchestras here and there (mainly here) have played Stalling soundtracks while screening the cartoons, but by and large Stalling’s genius has remained unrecognized. Yet, how many musicians, at least in America, don’t know What’s Opera, Doc? John Zorn has written appreciative liner notes for a CD set called The Carl Stalling Project, John Adams titled one of the movements of his Chamber Symphony “Roadrunner,” and by now probably hundreds of composers have learned from Stalling the art of the abrupt mood-shift, the seamless nontransition. 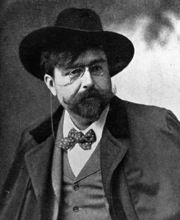 No. 9, Isaac Albéniz: Albéniz (1860–1909) is one of the three early 20th-century Spanish greats (along with De Falla and Granados) in composition. Unfortunately for him, most music historians who are not Spanish drop his native country off the map of European classical music sometime around the death of Tomás de la Victoria (in 1611), so Albéniz was born 250 years too late to make it into the general histories of music. Perhaps it’s appropriate, then, that the foundation named after him promotes Spanish musicians and research into Spanish music.

Albéniz is known mainly for his piano music, particularly his last work, the formidable Iberia. Much of his music has been transcribed for guitar, particularly Asturias, Granada, Cordoba, and several other works. The music has tremendous popular appeal, but the self-appointed guardians of “serious” music think it too undemanding and “light.” It also doesn’t help his reputation that he died (of acute nephritis) at the age of 49 — too late for the romance of the artist dying young, and too early for him to produce more music like Iberia. 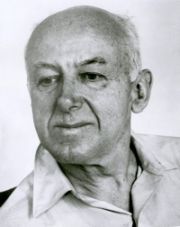 No. 8, Henry Cowell: The role of this true maverick in promoting and inventing musical modernism is well-known. He advocated for the music of Charles Ives; taught Lou Harrison and John Cage; wrote music with lots of wild, original ideas that spread to other modernist composers (tone clusters, complex rhythm, non-Western instrumentation, including percussion ensemble, and the like); and wrote those ideas down in his book New Musical Resources (1929). His intellectual breadth and achievement in getting composers to think differently about music are acknowledged: He was a giant, with a tremendous influence.

But you probably don’t know about the other Cowell: the composer who wrote plain old “tonal” music in American folk and historic styles — such as jigs or fuguing tunes; who wrote a number of beautiful, lyrical songs; who wrote 20 increasingly unusual symphonies, which incorporate everything from Icelandic to Indian folk music; and who wrote concertos for percussion (1958), accordion (1960), and harmonica (1962), plus two concertos for koto (1962 and 1965). He’s credited with roughly 966 compositions in all. Most of us know two or three of them. Now that’s what I call underrated. 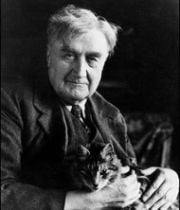 No. 7, Ralph Vaughan Williams: The English have expended a good deal of energy in trying to get the rest of the world to love Vaughan Williams as they do. If you’re an Episcopalian, of course, you regard him as the guy who compiled your standard hymn book (in 1906: It was revised in the mid-1980s.) He transcribed more than 800 folk songs of the British Isles, including Greensleeves, John Barleycorn, and The Coventry Carol. As a composer, he is responsible for several beloved, often-played masterpieces, beginning with the time-traveling Fantasia on a Theme of Thomas Tallis.

Yet in a way, he’s the victim of the success of his pastoral, folksy idiom. Beyond his well-known pieces lies a variety of great music, in all genres and ranging through many moods and styles.

The man lived to 86, and was a visionary to the end. Plus, he was, according to those who knew him, a genuinely fine person and humanitarian. Of how many great composers in history may that be said? 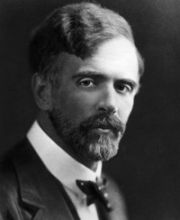 No. 6, Zoltán Kodály: Thanks to Kodály’s interest in education methods, your child may be struggling a little less with learning rhythm concepts or the steps of the scale. Children around the world attend Kodály Institutes, while grown-ups flock to biannual Kodály conferences.

Much of his educational program tied into his interests in folk music, which he collected and transcribed, as did his friend and countryman Béla Bartók.

Kodály also chose one of the best ways to avoid becoming famous as a composer: He wrote most of his pieces as choruses, in the Hungarian language and based on Hungarian folk tunes.

Hungarian, for those of you who haven’t noticed, is not related to the Indo-European languages that dominate Europe. It’s really hard to learn for nonnatives (though there are legions of native speakers). To say that this has hindered the appreciation of his choral music would probably be an understatement on the order of, say, “A trillion dollars is a lot of money.” Still, he’s a great composer, as anyone who has heard the Háry János Suite or the Dances of Marosszék or the Dances of Galanta can confirm. Beyond that are the fabulous Peacock Variations, two oratorios from his later years (which I, personally, would love to hear performed live), and, naturally, his choral works for treble voices. It’s time to pull Kodály out of the Magyar closet.

Next week:  The Final 5 Underrated Composers.