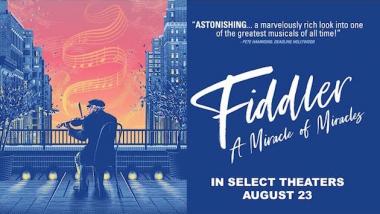 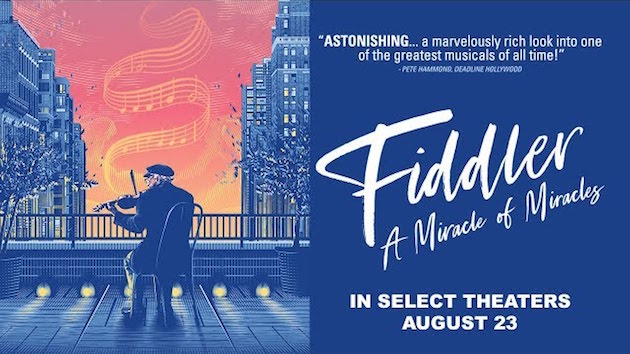 The oldest and biggest festival of its kind, the San Francisco Jewish Film Festival will run in five Bay Area locations, July 18 through Aug. 4, presenting a lineup of 65 films, shown in 135 screenings to an expected audience of 40,000.

At the Castro Theater opening night, the attraction is Max Lewkowicz’s Fiddler: A Miracle of Miracles, which celebrates the 1964 Jerry Bock-Sheldon Harnick Broadway megahit. (July 18, 6:30 p.m.)

Lewkowicz, who will participate in the festival, has produced a lively documentary of interviews with the musical’s creators, featuring performance clips from productions around the world — including the classic film version and the current popular Yiddish-language adaptation — and commentary from such notable admirers as Stephen Sondheim and Lin-Manuel Miranda.

Each of the other locations will have opening-night events and extensive schedules of their own: 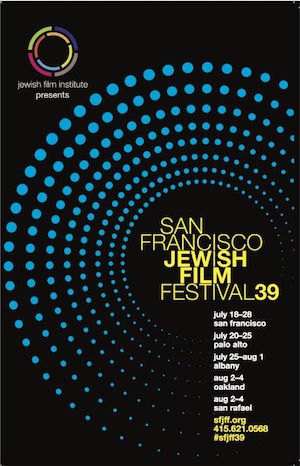 The Centerpiece presentation in the Castro is Tel Aviv on Fire, a satire about a Palestinian writer on a popular TV soap opera. (July 25, 6:10 p.m.)

Closing night in the Castro is The Red Sea Diving Resort. (July 28, 7:15 p.m.) Inspired by the true-life rescue mission of thousands of refugees from a deserted holiday resort in Sudan on the Red Sea. It is directed by Gideon Raff, creator of the Israeli series Prisoners of War and an executive producer of its American adaptation, Homeland.

The festival’s Freedom of Expression Award goes to Judith Helfand, an activist and filmmaker of works about vital social issues and controversies, such as her Cooked: Survival by Zip Code, about the deadly 1995 Chicago heat disaster, and issues of extreme weather, extreme disparity, and the politics of “disaster.”

Presented in partnership with Noir City, the festival will feature a 2018 Hungarian documentary, Curtiz, about the prominent Hollywood director Michael Curtiz, responsible for some 200 films, including the 1942 Casablanca. Film Noir Foundation founder Eddie Muller and Curtiz biographer Alan K. Rode will discuss the film following the screening. (July 20, 6 p.m.)

The Mamboniks (July 27, 8:55 p.m.) tells “the little-known story of the Jewish love affair with Latin music,” the popularity of Cuban dance, rumba, mambo, and Latin bands in the 1950s and ’60s, in the Catskills and elsewhere. It’s a film about Pérez Prado, Machito and his Afro Cubans, Celia Cruz, and the New York-born Puerto Rican timbalero Tito Puente.

Tracing the career of film critic Pauline Kael (1919 – 2001) from Berkeley to The New Yorker is a new documentary by Rob Garver, What She Said: The Art of Pauline Kael. She was the author of decades of insightful, gutsy, memorable writing, such as “Kicked in the ribs, the press says ‘art’ when ‘ouch’ would be more appropriate ... Movies are so rarely great art that if we cannot appreciate great trash, we have very little reason to be interested in them.” (July 28, noon.)

Poland is the Focus of Jewish Music Festival, But It Goes Global