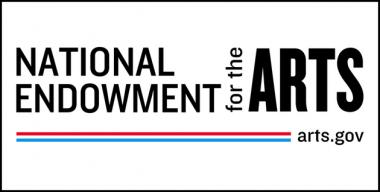 The latest round of National Endowment for the Arts (NEA) grants is good news for arts organizations across California. Announced on Jan. 15, the list of recipients includes a number of Los Angeles ensembles. And because NEA funds go to a set a purpose for each organization, the awards promise exciting music to come.

Los Angeles Chamber Orchestra uses its grant to support cellist Sheku Kanneh-Mason’s residency with the orchestra; Kanneh-Mason plays four concerts with LACO in May. The LA Phil receives funding for this year’s Power to the People! festival, which spotlights the activist role of artists and musicians, with performances by Patti Smith, Conrad Tao, Herbie Hancock, and more. And Long Beach Opera’s grant will underwrite its production of Peter Maxwell Davies’s The Lighthouse (1979), premiering in March.

The LA Master Chorale gets funding for a concert series of contemporary choral music, as well as community events. With its grant, Piano Spheres continues its annual Satellite Series, highlighting composers and performers in action. And the Pacific Symphony secures support for a new work by Frank Ticheli, celebrating longtime Music Director Carl St. Clair.

Some of the grants go to projects SFCV readers will be familiar with: Matthew Aucoin’s new opera Eurydice and Violins of Hope – Los Angeles County are among the beneficiaries, via LA Opera and the Long Beach Symphony Orchestra, respectively.

A full list of grant recipients for January 2020, sorted by state, can be found on NEA’s website. And check out some of the awarded organizations and projects in-the-works around the Bay Area.

L.A.’s Other Top Orchestra Is at the Colburn School