It is said of sausage and legislation that you don't want to see how they are made.

How about getting ready for a piano recital?

Tiffany Poon — making her SF debut on April 3 in Herbst — is practicing and rehearsing “in the open” and for a good cause. To see her raw, uncut, unedited video (albeit with great subtitles) is both startling and informative, about her and the initial learning process. Everybody knows how difficult “Rach 3” (Rachmaninoff’s Third Piano Concerto) is, but who would show herself learning it, yelling “Come on!”?

These videos are part of a larger project she has created called Together With Classical, a nonprofit that fundraises for musicians affected by COVID-19, including Sweet Relief and the education programs Midori and Friends and Apollo Music Projects.

The success of the video logs surprised even her: “It felt like inviting someone to my dressing room. I found a balance where I could show a snippet, turn on the camera and practice just like I would off-camera, then explain in annotations later what I was doing. Somehow, this blew up on YouTube and I don't know how. I remember sitting in a cafe watching the numbers go up and I had no idea this would happen. I never did it for the numbers.”

Before relating more about that enterprise, here are some details about Poon’s recital: As Daniel Levenstein is reactivating his Chamber Music San Francisco series after a two-year COVID-19 hiatus, he is running into new obstacles caused by both late-pandemic travel problems and the explosion of Russia’s war on Ukraine.

One of the latest cancellations, soon after the beginning of the recital series, was that of Rafał Blechacz, “due to an unfortunate circumstance involving vaccines and quarantine deadlines.” Levenstein looked around and remembered:

“I first discovered Tiffany Poon on Youtube when she was competing in the Warsaw Chopin Competition in 2015. I was immediately struck by the balanced elegance and polish of her phrasing, especially for one so young (she was then around 20 years old), along with her natural musicianship. I then added her to a short list of pianists to keep an eye on.”

Although the April 3 recital will be Poon’s San Francisco debut, Levenstein brought her to the city before for private performances in Walnut Creek and Palo Alto:

“Every fall we do a couple of private events for our major supporters, to thank them for their past support and inspire them for the future.  It is vital that the music at these events be of the same quality that we have on stage, so usually we will fly a pianist in from somewhere in the U.S. to do our events.

“In 2017, I engaged Tiffany for two of these donor events, and she knocked the guests’ socks off. She played Chopin’s C Minor Nocturne, Op. 48, No. 1 with such drama, such power, that I remember it to this day.”

Poon’s program is varied and generous:

The pianist says of her program and preparations for it:

Getting enough sleep is one of the specifics in my preparations for the San Francisco recital because it takes lots of stamina to play a solo recital and especially to end with Schumann’s Davidsbündlertänze, which involves lots of imagination to play different kinds of waltzes and constantly switching between two personalities, Eusebius and Florestan, while trying to hold everything together as one piece.

Of course, Beethoven’s “Tempest” will also be quite hefty to end the first half. I haven’t played this sonata since I was 12, I think. It’s been interesting to bring back this piece and improve on my younger understanding.

In general, I’m working on exploring different ways of playing the piano, especially for this multi-era program, and aiming to bring my playing to the next level, as I try to do with each performance, especially when I’m still at an earlier stage of my career in the recovery of pandemic phase where I have some time in between concerts.

Another thing, as I think about reading a chapter from E.T.A. Hoffmann’s Life and Opinions of Tomcat Murr before I end my night, is to expand my imagination through reading, which inspires me to find different nuances in music.

About her video programs, Levenstein says:

“Given my own checkered entrepreneurial past, I floated some ideas to her, including a thought that she might start up an ongoing “vlog” on Youtube, chatting with her fans about this and that and building a following.

“Well, she took that idea and boy did she run with it! She has built a following on social media — both Youtube and beyond — of around 300,000 fans. Furthermore, she has a strong presence on Patreon that actually provides her with a strong base income, which would be impressive in any case but (she says) has been something of a lifeline during the pandemic.

“Finally, she has founded a charity, a nonprofit of her own. This is an impressive young lady, quite the entrepreneur. Or entrepreneuse, I suppose. But she retains her musical integrity always — I would refer you to her Youtube video of Rachmaninoff’s Second Piano Sonata, which is something of a tour de force.”

Of her video logs, Poon says they “evolved out of a hypothesis I had, sitting in philosophy classes at Columbia. During my college studies, I learned to question and think about the ontology of ordinary things and concepts. Long story short, I was inspired to think about the relationship we have with objects and works of art, and while reading about the industrialization changes in the mid-20th century, how assembly lines and factory-made products changed the relationship consumers had with the product.

“Back in the ancient times, for example, one makes a pot out of clay in the ground, gives it by hand to someone else’s hand. There is a human-to-human connection in the exchange of the product — pot. Nowadays, the distance between you, what you are reading from [screen] and the humans who made the technology, is enormous ... to the point that most things we experience today [in the product sense] are dehumanized.

“This led to think about our experience with classical music today. The distance is de facto, apparent in terms of time — the time of the classical music being composed is far away in the past from people who listen to it today. The composers are dead, and the stereotype is: ‘classical music is for the old people with grey hair.’ By contrast, our experience with pop music is closer because we hear about the composers/songwriters, about their lives, and we connect to them to some degree, even if it’s just that we both are alive at the same time, in modernity.

“In a way, the distance one experiences with classical music is similar to the distance one experiences — perhaps unconsciously — with machine-made products. It’s dehumanized because for most of it, there are no words [except for operas and lieder] that a modern listener can understand to connect the human experience the music is trying to express, and you can’t connect to the composer in a living-in-the-same-decade-and-time kind of coexisting way.

“So what if the musician brings the human element back to classical music so more people can connect to the music more in modern day? What if the musician, who is coexisting with the modern listener, shows that classical music isn’t just in the perfected end product, [only] experienced in a recording or in a concert hall, but that it’s being lived through today, every day, through little struggles and triumphs.

“I’m glad I can introduce more people to classical music because this was the goal from the beginning of making video blogs.”

Levenstein adds: “I have enormous respect for Tiffany Poon. First of all, she possesses a big, big talent. But lots of musicians have that. More than talent, at age 25 she has the proven ability to use a variety of platforms to build and maintain relationships with her audiences. I am confident that she is helping to build new audiences for classical music in many ways, Tiffany Poon is the future of classical music.” 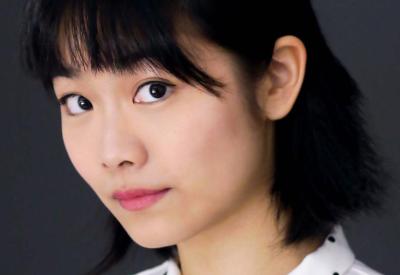 Into the Fray: A Pianist's Bach Adventure

David Fray’s account of Bach-in-a-minor-mode is puzzling, despite some deeply felt playing.

Pierre-Laurent Aimard recital offered a diverse program, challenging the audience to marvel as his seamless playing, even between the notes.