Right at the beginning of the new year, Island City Opera made an announcement, which has immediate reverberations in musical circles, likely to be the first of numerous similar statements:

“It is with a heavy heart that, due to circumstances beyond our control, we must postpone our current plans for the March 2020 production of Dame Ethel Smyth’s The Wreckers.”

“As of Jan. 1, 2020, the State of California put into effect new regulations. Island City Opera (ICO), with the guidance of legal counsel, has determined that these new rules apply to ICO and present significant new administrative and financial requirements.”

Eileen Meredith, cofounder and artistic director of Island City Opera, had no further statement or post on her Facebook accounts.

“The music community in the Bay Area is very tightly knit, and in our little microcosm Berkeley Chamber has already felt the effects. BCO plans to present Poulenc’s Dialogues of the Carmelites in April. Many of the people we contracted to work in the show, such as our conductor and several singers, were also engaged to work for Island City Opera for their March production of Wreckers.

“We very carefully crafted a rehearsal schedule that would enable people to work for both companies without conflict. Collaborations such as this are one of the reasons small companies and independent artists can survive.

“Collectively we offer full employment to local artists. It is unfortunate that ICO has had to weigh the risk of violating AB5 and withdraw their production. It is a shame that after all of the effort people have put into nurturing the community, that the structure could crumble so quickly.”

This is just the beginning of a flood of potential problems, complaints, job losses, and project cancellations — all the result of uncertainty and confusion as the “gig work law,” Assembly Bill 5, signed into law in September, now takes effect.

Uber and Lyft drivers, musicians, dancers, singers, artists of all kinds, freelance journalists, etc., under contract now will have to be employed, rather than paid as independent contractors under the “ABC test”:

(A) they perform tasks under a company’s control, (B) their work is integral to the company’s business, and (C) they do not have independent enterprises in that trade.

AB5 aims to codify, clarify, and grant exemptions to a 2018 California Supreme Court decision called Dynamex. In the groundbreaking court decision established in Dynamex Operations West, Inc. v. Superior Court of Los Angeles, the California Supreme Court found Dynamex’s workers were misclassified as independent contractors rather than employees. Both AB5 and Dynamex make it harder for companies to label workers as independent contractors. 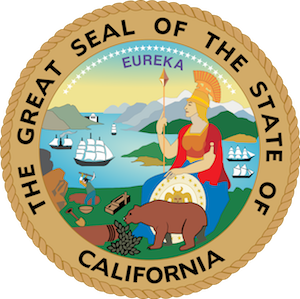 A Forbes magazine headline says that AB5 “threatens the $1 trillion gig economy.” The article continues: “The Freelancing in America survey ... reported [that] 57 million American freelancers contribut[e] an excess of $1 trillion dollars to the economy each year. Recent data shows more than 75 percent of freelancers are working independently by choice. Due to the accessibility of apps and sites like Upwork, Instacart, and Uber, people can work on terms they prefer and accept opportunities that feel right for them. … Yet, the law hasn’t been used to challenge worker misclassification at any of the gig platform companies such as Uber or Lyft.” The Dynamex decision has caused especially thorny problems in the health care industry as well.

The Association of California Symphony Orchestras has been asked by member organizations for several months now about how AB5 will impact the way of contracting all type of workers.

“We know many of you rely on contractors to carry out your missions and programs,” ACSO responded, “to bring classical music to your communities. We have heard your concerns and we have been in ongoing communication about them with Californians for the Arts, our statewide arts advocacy organization, and California Arts Advocates, their lobbying arm.

“Californians for the Arts issued an important report summarizing efforts over the past year to draft exemption language for AB5 on behalf of performing arts workers. And even though the bill passed without as much support and clarity for the arts sector as we all wanted,” ACSO said, “they are still working to advocate and educate the legislature on the ways that arts do business in California and to hopefully seek corrections and add exemptions to the bill.”

A San Francisco Chronicle report quotes Opera Parallèle Executive Director Debbie Chinn saying that AB5 will require reclassifying singers and others in the company’s upcoming production of Harvey Milk as employees, which will increase payroll costs by 30 percent.

There are now many online organizations, such as Freelancers Against AB5 and California Independent Music Professionals United, dealing with and fighting the gig work law.

Solo Opera found out about AB5 on Facebook. We immediately went to an employment attorney to discover that we must comply with this law. After spending our entire holiday researching the new law, we discovered it would cost us around $10,000 to comply.

Being a small nonprofit opera company, this is a huge hardship on us. The dilemma is we are already locked into our August show, Scalia/Ginsburg, with theater, publisher, grantors, and performer contracts. There is no turning back. We have to move forward. So our board decided we would use our own personal money to get through this show. After that, if the law doesn’t change, we will have to go dark. The costs would be unsustainable for us.

As a teacher and educator, I see this law affecting the small to mid-sized arts companies that have always been the educational stepping stones for performers to gain experience on their way to a professional career.

Without companies like Solo Opera and others, the community will be left with only amateur or professional organizations — with nothing in between. This is heartbreaking for me after working in the music business and teaching for 40 years. Many jobs will be lost and people out of work.”

Look for Kashchey the Immortal and Mozart and Salieri in Alameda next month.

Hawa Diabaté missed the festival due to visa delays, but the problem is much wider than that.