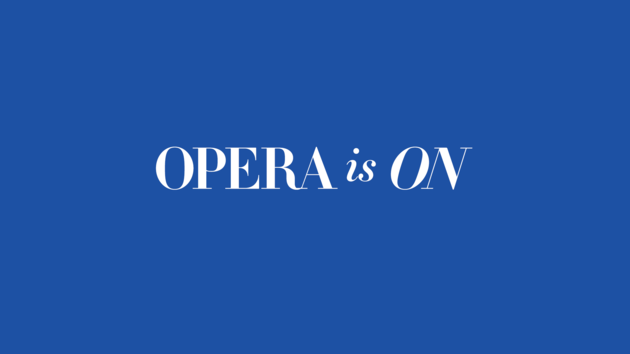 San Francisco Opera may not be in season, but it’s keeping the music going. Opera Is ON, the company’s burgeoning online project in response to canceled performances and the ongoing coronavirus crisis, debuted April 1. It’s a mix of everything — new videos, playlists, blog posts, and more to be announced. First up: the company’s Adler Fellows, who have been recording songs and short arias to share, part of a daily series titled “Odes to Joy.”

“The Adlers as a group are super positive,” said baritone and first-year fellow Timothy Murray. “Though, you know, our job has sort of shifted a little bit in this.” Thought up by the Adler Fellows and the SF Opera staff, “Odes to Joy” was a natural answer, a way for the fellows to share their optimism and keep that connection between performer and audience. “Nothing can truly replace the experience and feeling of a live performance,” said Murray. “But I think the entire musical community is adapting to that same connection, just over the internet.”

For his “Ode to Joy” on April 3, Murray sang an aria from Gounod’s Faust (Valentin’s “Avant de quitter ces lieux”). He explained his choice: “It’s not only a gorgeous aria, but the text describes pleading for protection for the character’s sister.” He dedicated the performance to his own sister, a doctor in Wisconsin.

The Adler Fellows are finding those moments of musical connection amid isolation. Sometimes it’s technical and unglamorous: perceptive viewers will notice that for most of the “Odes to Joy” singer and pianist are in separate rooms. “It was tricky to put together,” said Murray, describing how pianist Andrew King recorded his accompaniment first, Murray listened to it on headphones while singing along, and the SF Opera editing team put the two performances together. “Usually, the singer — we’re the ones in the driver seat.”

Other connections are thematic, more artistic. Like Murray, mezzo-soprano and second-year fellow Simone McIntosh took the text of her “Ode to Joy” to heart, dedicating a performance of Grieg’s “Die verschwiegene Nachtigall” to anyone in a long-distance relationship.

And even in the face of disruption, there are new opportunities. This month’s Schwabacher recitals were scrapped and the fate of SF Opera’s summer season is still up in the air, but the Adler Fellows have been able to continue with their coursework and coachings online. SF Opera Music Director Designate Eun Sun Kim has been working with them from Houston, where she would have been busy with performances (now canceled) of Salome. And the Metropolitan Opera’s nightly broadcasts are a sudden, welcome source of community. Murray suggested, “It’s sort of become like a nightly TV show that we’re all gossiping about.”