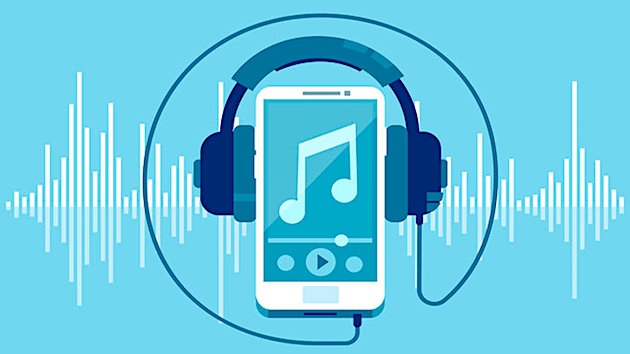 In the past few weeks, music has moved online. Not that it wasn’t there before. But as concerts were canceled — and continue to be canceled — in an effort to “flatten the curve” and curb the spread of the novel coronavirus, musicians and ensembles have looked online for that connection we normally associate with live audiences. Simply put, there’s a lot of free music to listen to right now. That’s not to forget that there are recordings you can buy and artists to support — and San Francisco Classical Voice is reviewing the latest releases and keeping you in touch with the news from arts organizations. But there’s also an unprecedented amount of music to stream online, unconventionally. Here, SFCV offers a comprehensive guide to streaming music from the Bay Area and Los Angeles, music we’d be covering live any other time:

On the Radio, On Demand

Los Angeles Philharmonic artists are partnering with San Francisco’s KDFC and Los Angeles’s KUSC in At Home With ... , a new radio series. Music Director Gustavo Dudamel was first, but expect different guest hosts each week. The hour-long program airs Tuesdays through Fridays, 6 p.m. to 7 p.m. PT. And from the LA Phil musicians: a growing collection of solo and chamber performances on the orchestra’s website.

There are countless ways to listen to the San Francisco Symphony online. On YouTube, the orchestra is sharing full episodes of its acclaimed documentary series Keeping Score. Relive concerts from earlier this season on Apple Music or Spotify with new digital recordings — Mahler’s Sixth Symphony from September, Emanuel Ax and Beethoven from January. And don’t discount the longstanding place to hear the SF Symphony at home: Tuesday night broadcasts on KDFC, plus on-demand concerts on KDFC’s website.

New-music presenter Other Minds had to postpone its annual festival, but you can still hear Music From Other Minds every Friday at 11 p.m. PT on San Francisco’s KALW. The program’s been around since 2005, and now might be the time to catch up on old episodes, available on Other Minds’ website, on Soundcloud, and here.

The Los Angeles County Museum of Art’s Sundays Live series has years of concerts to draw on — it’s the oldest live music broadcast in L.A. You can listen to encore presentations of past performances on Sundays at 6 p.m. PT via a live-broadcasting link (and there are two episodes on demand on KUSC’s website).

The San Francisco Conservatory of Music kicked off “Tiny Dorm Concerts” on March 27. Faculty, students, and alumni partner for 90 minutes of live music, every evening at 5 p.m. PT. April 11 was a finale concert of sorts, curated by the Conservatory’s new music director, Edwin Outwater. But don’t worry: round two starts May 1. In the meantime, rewatch on YouTube — and while you’re there, check out these past performances from students and faculty.

SFJAZZ is hosting “Fridays at Five” — it’s free for current SFJAZZ members or $5 for a one-month digital membership. This is a chance to support the artists and catch up on memorable concerts from years past. April 24 was Zakir Hussain, Dave Holland, and Chris Potter, and May 1 is Snarky Puppy.

Get your dance fix from San Francisco’s Smuin Ballet. “Hump Day Ballets” offers a pre-recorded performance each Wednesday, with an introduction and insights from one of the company’s dancers. The videos are available for 48 hours, and links will be available on Smuin’s Facebook page.

The Los Angeles Opera is streaming new performances and sharing old ones. The company’s “Living Room Recitals” series has company artists making music from their homes. And “From the Vault” unearths audio recordings of past LA Opera productions. Stay up to date with both series through the company’s website and Facebook page.

It started as “Classical Hour,” but now it’s “Music Mornings.” The Broad Stage in Santa Monica is experimenting with online offerings across all genres. The latest: singer-songwriter David Broza plays Israeli/Spanish guitar fusion. Catch up via the theater’s Facebook page.

If you couldn’t make it to L.A. for the world-premiere performances, you can still catch The Industry’s innovative new opera Sweet Land online. The company is streaming the full two-hour work here; it’s not free, but what you pay will support the artists and crew.

The Wallis is partnering with Heidi Duckler Dance for the premiere of Illuminating The Chandelier. The livestream is April 30 at 5 p.m. PT, but the performance will be available on demand after. RSVP here.

Two L.A. music schools are finding ways to stay connected. “Live! From Somewhere” is USC Thornton’s community-sourced series of faculty, student, and alumni performances (find the full series on YouTube). And the Colburn School is starting something similar with #ColburnConnected, a project across the school’s social media pages.

Stanford Live says the show must go on and has curated a digital season accordingly. The webpage features the artists and performers who would have been at Stanford this spring — and not just music, but lectures, conversations, and films too.

Here’s a case of “how did I just discover this now?” Santa-Barbara based Camerata Pacifica has a huge archive of chamber performances going back 10 years. You’ll find classic works — Bach, Beethoven, and Mozart — plus maybe something new: David Bruce’s Steampunk, Caroline Shaw’s Boris Kerner, and even more.

Pacific Symphony is offering a little bit of everything: concert highlights, musicians from home, Facebook watch parties, articles to read, recordings to hear, and more. Explore what’s online and what’s coming up on the orchestra’s website.

It’s not California native, but New York’s 92nd Street Y has an impressive archive of concerts, and SFCV readers might be plugged-in with a couple recent performances. Jonathan Biss played three Beethoven sonatas (he played all 32 at Cal Performances this season), and Conrad Tao reprised Frederic Rzewski’s The People United Will Never Be Defeated (he had played it at Disney Hall on March 10, one of the last concerts at the LA Phil before cancellations poured in).

•  Festival Opera – Artistic director Zachary Gordin has assembled a playlist highlighting Festival Opera artists.
•  Kronos Quartet – Kronos crowdsourced a playlist of songs that bring peace of mind.
And on Bandcamp – you can hear music for flute and voice from Monterey-based husband-and-wife duo Richard and Norma Mayer.

Opera fans can find comfort and connection with Opera Is ON, San Francisco Opera’s new online project. This month, the Adler Fellows share their daily “Odes to Joy.” Visit SF Opera’s website and social media pages for the latest from the company.

Some things don’t change: Noontime Concerts is sticking to its usual time. Stream a concert from the archives every Tuesday, beginning at 12:30 p.m. PT and available for a week after. Access new programs on Noontime Concerts’ website.

San Francisco’s Center for New Music is digging into the archives for weekly “Encore Concerts,” streaming on the venue’s Facebook page.

Opera San José is swapping out one Mozart opera for another. The company couldn’t go ahead with The Magic Flute this month, so it’s streaming its 2011 production of Idomeneo, available through May 18 on Opera San José’s website.

A Bay Area ensemble away from home. Kronos Quartet toured with a 40th anniversary program in 2014. One of their stops: The Greene Space in New York City. Watch the hour-plus performance on YouTube.

Chamber Music San Francisco has unveiled its “Virtual Concert Hall.” First up, a 2008 performance: the Beaux Arts Trio plays Schubert, from their final season as an ensemble together. Look for new videos weekly on Chamber Music SF’s website.

L.A. chamber series Salastina is hosting Tuesday happy hours on Zoom, with a new theme or resident artist each week — usually at 6 p.m. PT, but occasionally earlier. RSVP here. Plus, there’s a project in the works: the virtual world premiere of a new piece by composer Reena Esmail, coming later this year.

Stop by the Santa Cruz Baroque Festival’s “Online Concert Hall” every Saturday night at 7:30 p.m. PT. It’s live only — no recording — so be ready to watch via a live-broadcasting link.

The San Francisco Contemporary Music Players premiered its new streaming series, “How Music is Made,” on April 17. Serious new-music has been on the schedule: Morton Feldman, John Cage. Fridays at 7 p.m. PT via SFCMP’s YouTube channel.

The Los Angeles Master Chorale has inaugurated a series of “Sundays at Seven” broadcasts. Full concerts from seasons past will be available every week on LAMC’s website. And go behind the scenes in a separate weekly interview series with conductors Grant Gershon and Jenny Wong.

The Alexander String Quartet shared recent two programs: a performance of Haydn’s The Seven Last Words of Christ and a showing of the quartet’s 2017 documentary Con Moto. Videos are available through May 6 (Haydn) or 7 (Con Moto) on Baruch Performing Arts Center’s YouTube channel.

Chamber Music Monterey Bay partnered with other chamber series around the country to present a “QuaranTrio” concert, featuring members of the Escher and Dover Quartets. Find the full performance on YouTube.

Music of Remembrance won’t be coming to San Francisco next month, but you can find something new every week on MOR’s website — performances, documentaries, and more. This week: a performance of Lori Laitman and David Mason’s oratorio Vedem, a piece close to the heart of MOR’s mission.

Lamplighters Music Theatre hosted its annual gala online over the weekend. Maybe you were busy with the Sondheim birthday concert? No fear: Hear stories, performances, and plenty of Gilbert and Sullivan from the Lamplighters’ celebration, on the company’s YouTube channel.

From Philharmonia Baroque Orchestra and Chorale: a recording of Handel’s Saul from last season, plus a pairing of orchestral suites by Rameau and Leclair. Via PBO’s YouTube channel.