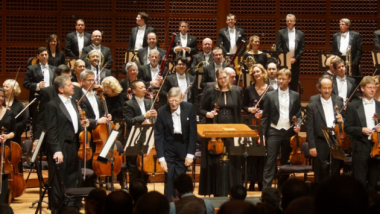 For the second time since the traumatic (and largely unnecessary) 18-day strike/lockout of 2013 and the disastrous nine-week-long work stoppage in 1997, the San Francisco Symphony and the musicians of the orchestra have reached and approved a labor contract before the expiration of the current one.

Former hostilities between management and the musicians appeared to have been resolved by 2015 when the current contract was approved, and confirmed again this month, when the administration and Musicians’ Union Local No. 6 AFM agreed to a new four-year contract.

The contract agreement, announced Nov. 26, was approved on Nov. 17, one week prior to the expiration of the current one. S.F. Symphony President Sakurako Fisher called it “an investment by musicians, board, and staff in the future of the Symphony.” The musicians are “pleased to ratify a new collective bargaining agreement which reaffirms our place among the top orchestras of the world,” said David Gaudry, Chair of the Musicians’ Negotiating Committee.

Provisions in the new contract are also made for medical insurance premium sharing, beginning in the second year; transition from a housing loan program to a housing shared equity program; and increases in retirement benefits.

The agreement, Fischer said, “allows the Symphony to plan for future dynamic growth and impact from a position of financial strength and optimism, which can only be done together, hand in hand.”

S.F. Symphony Chief Executive Officer Mark C. Hanson thanked Gaudry and musician members on the negotiating committee “for their constructive and focused efforts, as well as the Board of Governors and our staff negotiating team for their contributions.

“This agreement sets the stage for a strong future of labor stability that allows the San Francisco Symphony to focus on what we do best — enriching and serving our community with musical performances of the highest quality, industry-leading initiatives, and meaningful opportunities for engagement.”

As it takes years for nonprofit organizations’ tax reports to become public, there is no way to make exact contemporaneous comparisons of orchestra salaries, but S.F. Symphony has been — and apparently will remain — on the top, along with the Los Angeles Philharmonic and the Chicago and Boston Symphonies. Earlier this year, Adaptistration, a weblog dedicated to the orchestra business, put San Francisco in the first place for orchestral salaries, using figures from the current contract.

Based on the most recently available figures, among music directors of major American orchestras, Michael Tilson Thomas’s $2.6 million salary (on S.F. Symphony’s $75.6 million operating budget) is now behind the Dallas Symphony’s $3.6 million compensation on a far lower $37.4 million operating budget, and Riccardo Muti’s $3 million salary in Chicago, where the budget is at $79.9 million.

Recipient of that record salary in Dallas was Jaap van Zweden, who became music director of the New York Philharmonic this fall, at a still unreported salary; his compensation (including bonus) in Dallas in 2013 was $5 million.