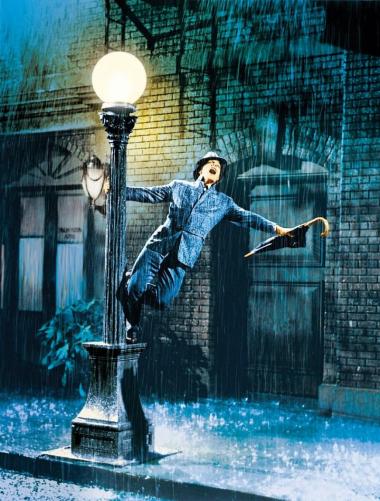 The longer we shelter in place, the more we need the arts, all the arts. But, you may have guessed, especially dance.

We’ll talk another time about the new directions dance is taking through all kinds of brilliance. And about dance you can use to stay fit as well as sane. And about the artistry and the artists we’ve lost, the ones we can remember at home today, and the companies whose stories we can gather up and hang onto for the time being.

But today’s topic is escape. We could call it escape with a purpose, or we could just show you the list. Okay, it’s a deal. We show, you decide.

Our first list of movies worth seeing once or, who knows, maybe a dozen times, jotted down on a sedately ruled yellow legal pad, simply danced out of control. More properly reined in, here it is. At publication, these movies were all available through all the normal channels, free or for purchase or by subscription or for rent. They’re arranged in no particular order, because things we crave often come up that way.

Dirty Dancing (1987) Jennifer Grey, Patrick Swayze. Love comes to a Catskills resort as a naive teenager learns to dance her heart out.

Jailhouse Rock (1957) Elvis Presley. A captivating captive, Elvis invents his own eloquent dance language that reaches above, below and beyond the pelvis.

Billy Elliot (2000) Billy, 11, wants to become a dancer with the Royal Ballet. Dad, a coal miner, isn’t having it. Thanks to young actor Jamie Bell and a sterling British cast, it’s a buoyant delight.

Saturday Night Fever (1977) John Travolta. Other actors are in it, but he’s the movie and the dancer, with a leg up from the Bee Gees.

Fantasia (1940) Walt Disney. Glorious groundbreaking animated feature. Go for the hippo in a tutu, stay for the elephants in a can-can.

The Red Shoes (1948) Ballerina Moira Shearer in the opulent, scary adaptation of the Hans Christian Andersen fairytale, written by Michael Powell and Emeric Pressburger. With Anton Walbrook and Leonid Massine.

The Turning Point (1977) Shirley MacLaine as an embittered ex-ballerina, Anne Bancroft as her best friend, a fading prima at a company like ABT. Soap fiction and gauzy performances by legions of famous dancers.

With Cyd Charisse: The Band Wagon (1953). An aptly written musical about putting on a musical, but also a musical about falling in love — while dancing in the dark, in Central Park.

On the Town (1949) with Frank Sinatra, Betty Garrett, Ann Miller, and Vera Ellen

An American in Paris (1951) with Leslie Caron

Every Little Step (2008) A Chorus Line revival’s audition and beyond: Start with 3,000 hopefuls. Now bring it down to 17. Up close — like a fly on the wall — and revelatory, and in its own way just as brilliant as the show itself.

A celebratory crowd thrills to brilliant dancers evoking the full spectrum of the American experience.