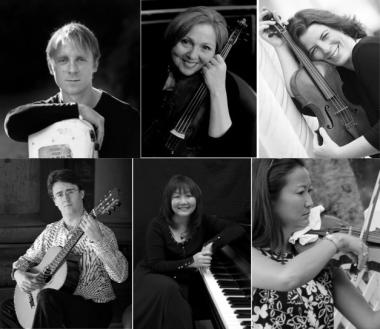 The music on their Old First Concerts program is drawn from the wealth of great Spanish composers: Liberzon plays Isaac Albeniz’s Asturias (Leyenda), and Pablo de Sarasate’s Malaguena/ Zapateado are favorites. But there are also less familiar, audience pleasing chamber works from the likes of Enrique Granados, Joaquin Turina, and Mario Castelnuovo-Tedesco on the bill. As an introduction to the riches of the Spanish classical tradition, you could not do any better than this concert. I wish there were more like it.