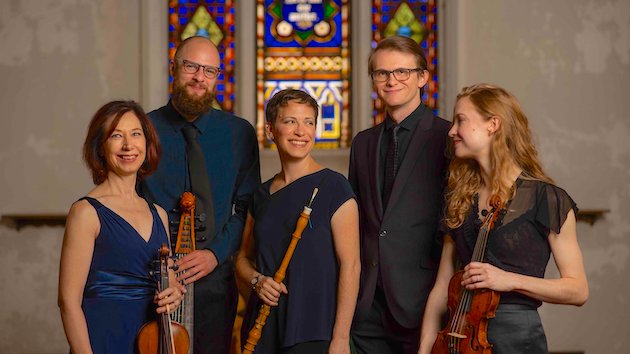 Exploring the dramatic potential and emotional resonance of early music, Les Délices (The delights), founded in 2009 by Baroque oboist Debra Nagy, has, like all arts organizations, found itself at an inflection point during the COVID-19 crisis. But that hasn’t stopped Cleveland-based Nagy from making the proverbial lemonade from lemons. Indeed, the ensemble’s SalonEra series, a unique online variety show, brings together a roster of national and international artists in a combination of live performances, prerecorded content, and captivating dialogue generally not found in your typical pandemic/YouTube/Zoom musical offerings. 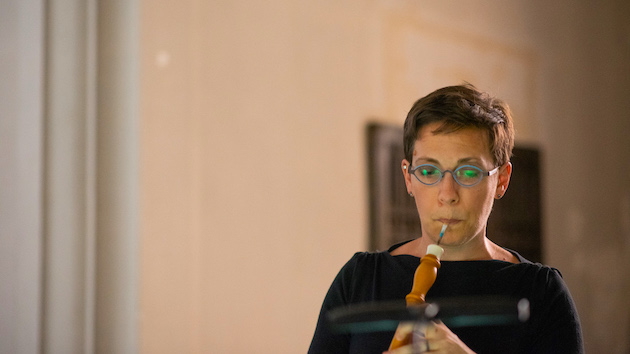 “The series came together as an idea in early May,” said Nagy, who studied at Oberlin before receiving a Ph.D. from Case Western Reserve University, “because I was trying to think how I could create a sort of pivot programming for Les Délices. With so many [concert] cancellations, I was feeling a great disconnect with audiences and also felt frustrated with social media — that remote collaborations had a “Brady Bunch” style. It wasn’t that they were so deeply unsatisfying, but what was wrong for me is that they just appeared online with no explanation, context, or rationale for how you would consume them, except randomly.”

Nagy added that she admired the work of jazz trumpet player/composer/big-band leader Dominick Farinacci, who had a jazz-oriented variety show highlighting that genre in Cleveland, while also bringing together a diverse roster from all over the country. She recalled thinking, “What if there was something like this for early music when we can’t physically be together that would appeal to a broader audience and with the potential for cross-pollination — to create a forum where you could put on equal footing established artists alongside emerging artists, and give them an opportunity to make music together?”

Doing precisely that, Nagy acknowledged that the ensemble made a commitment to seek out artist diversity on the series, “which is an issue in classical and in early music. So with this fall season, 35 percent of our artists are artists of color. I wanted to create a space where that would be completely normalized, not completely — we still have work to do — but it would diversify artists that Les Délices has worked with and built relationships with. Looking for artists in terms of who they are, where they are in their careers, and the different types of work they do, different episodes have different themes and the programs are determined by the contributions of the guests.”

Nagy noted that the performances are prerecorded, with the musicians taping themselves, and that she and her team — associate producer Shelby Yamin and video producer and artist-in- residence Eric Milnes — help coordinate the recordings to ensure top-notch audio synching, mixing and video editing. The oboist, who has been praised by The New York Times for a musical approach that’s “distinctly sensual ... pliant, warm, and sweet,” has performed on most of the episodes and will be playing on the Nov. 30 (Unwritten Traditions) and Dec. 14 (Medieval Christmas) episodes.

In addition to being SalonEra’s host/moderator, she has developed a recorded virtual online concert series, Embracing Change, which can be seen in December and in February and April, 2021. And while the musician/producer/curator saw her pre-COVID-19 days traveling 40 percent of the year, whether as principal oboe with Boston’s Handel & Haydn Society or performing with ensembles across the country, including with the American Bach Soloists, as well as guesting with Boston’s acclaimed Blue Heron and Chicago’s Newberry Consort, the time spent in Cleveland since March has proven fruitful.

“I look forward to getting back to what I think of as my other job and playing that sort of music with those colleagues in beautiful spaces again. But SalonEra has been well-received and I see a lot of potential — changing who we work with and how we present that actually feels positive. At this point, I’m working on reaching out to artists for scheduling a spring series of SalonEra and am thinking seriously of a continuation beyond this year and what that can look like. As an artist I’m always interested in evolution.”

The mansion may be shuttered for now, but the music program is wide open. Look for the Fauré Quartett, cellist Amit Peled, and the Alexander String Quartet.

The salvage job on the virus-ravaged fall season includes some televised concerts.

The Labèque Sisters: Playing Together and Always Discovering Something New