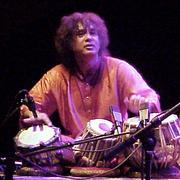 A Panoply of Music at SFJAZZ This Summer

SFJAZZ is not a zucchini. Although it has grown to epic proportions and annually feeds the souls of people in the Bay Area with abundant jazz performances and extensive education programs, scaling up is not its most notable feature.

Instead, as demonstrated in part by the 36th San Francisco Jazz Festival and 2018 Summer Sessions, the little two-day “Jazz in the City” event begun in 1983 has bloomed along with the entire organization into an immersive, intriguing, challenging showcase for established and new jazz artists.

You could say a zenith has been reached, if it weren’t for people like founder Randall Kline, SFJAZZ executive artistic director. During a phone interview, Kline’s forward-thinking energy is unstoppable. Taking his temperature, all indications are that SFJAZZ is rising up, pressing on, and opening unexplored territory, while embracing the multicultural, international history of jazz music.

“Jazz has always been an art form that stays with the times,” he says. “There isn’t just one direction. It’s malleable and grows. There might be traditional American jazz, whatever you think that is, but then there are bands and artists from other countries.”

One example drawn from the summer’s offerings proves Kline’s point. Zakir Hussain, Dave Holland, and Chris Potter expand on Season 5’s “Crosscurrents” performance in a one-night appearance before kicking off an international tour. “It’s sublime. How they come together and incorporate all the cultural and instrument elements (Indian tabla, double bass, saxophone), it’s virtuosity coming out of rich traditions,” says Kline.

Asked to narrow the field, Kline makes clear the festival is not only wide, but deep:

Orange is the New Black actor Lea Delaria: “She’s a fascinating pick. She’s timely and lived here in the Bay Area for a while. She’s touring an album, so the stars aligned. She’s a great jazz singer, part of the DNA of San Francisco, the first lesbian jazz artist to go public on the Arsenio Hall show.” (Her album, House of David: delaria + bowie = jazz, is a tribute to David Bowie.)

Guitarist/vocalist George Cole and his trio: “George grew up in the Bay Area. His show is a Nat ‘King’ Cole tribute, so it’s right up his alley. The singing instrumentalist, it’s a jazz cliche, but he’s making a great connection with audiences.”

Amadou & Mariam: “They’re one of the world’s greatest musical acts: ‘a blind couple from Mali’ is the marketing, but they are a beautiful reflection of Malian music. They usually play large venues, so to see them in this more intimate hall — talk about an ecstatic, visceral, up-close show.”

London-born saxophonist and rapper Soweto Kinch: “This is his debut performance with us. He’s been on our radar and is part of a really interesting London jazz scene. We, as Americans, have a chauvinist view of the jazz field. We think jazz doesn’t exist anywhere else, but London has developed a pretty cool avant-garde jazz scene. Other countries, too. [He mentions a swift dozen.] You can go, literally, anywhere in the world and find interesting jazz. It’s truly an international language. Soweto is a natural outgrowth of understanding that. He brings something new to us. He’s hip, young. He has an open view that we get to explore.”

“Openness” is a word Kline favors as a curator and director. “It’s how we approached the building; to celebrate open-ness. The hall, it’s a glass building, you can see everything. That’s our flavor.”

The 35,000-square-foot SFJAZZ Center, designed by San Francisco architect Mark Cavagnero and LEED-Gold certified, houses a concert hall that allows for flexible seating to accommodate 350-700 people and a smaller, 80-seat multi-purpose ensemble room. Offices, classrooms, and other amenities add to the features. Kline draws a straight line from success in establishing SFJAZZ and enthusiasm for live music to audiences in the Bay Area. “People in San Francisco are receptive to it. You can do Spotify or live streaming, but live music is something more. We’re fortunate to have on offer an ultimate live experience.”

After the festival concludes June 17, the summer fun continues. Week-long production and recording classes in the digital lab and other locations during June and July allow professionals and novice music-makers of all ages to hone their skills or deepen their appreciation of jazz.

A New Grass-American Roots Week (July 12-18) mixes shows featuring contemporary bluegrass artists like Ismay (Avery Hellman) and mandolinist/vocalist Sam Bush with appearances by “newgrass” granddaddy David Grisman, the Django Reinhardt-informed Hot Club of Cowtown, and others. “Avery’s rooted in acoustic music tradition: she’s a perfect match to the week. Other artists have been around for a while, so we want to show variety. We got to go back to our original idea of going deeper into this new acoustic bluegrass music. (A cancellation of jazz duo Taylor McFerrin and Marcus Gilmore focused the week on American roots music.) That’s the beauty of booking; we get to go deep. It’s a beautiful blend. The whole idea is to showcase how dissimilar but related these artists are. You get to look for the connections.”

Going mostly female for a New Voices week in the Joe Henderson Lab is a groove that occurred organically and was followed enthusiastically. “We get a little thread and follow it. In curating, there’s a danger of becoming gimmicky, but in this, there was a chance to present these remarkable singers,” he says. Artists like Bay Area-based Tiffany Austin are particularly gratifying. “The reason we built the 120-person Lab was to help artists build. That’s happened with Tiffany. She’s a great artist with a fantastic new record. The next time you see her at SFJAZZ, she’ll be a headliner in the Miner Auditorium.”

Four live performances during the mini Philip Glass festival Kline calls “once-in-a-lifetime stuff.” Glass performs on piano with a chamber trio (cellist Matt Haimovitz and harpist Lavinia Meijer) and in separate evenings, with guest pianists Anton Batagov, Aaron Diehl, Jenny Lin, and others. Kline says, “To see an artist of that stature playing four nights in an intimate space is as good as it gets.”

Of course, he can’t resist dangling a few more goodies: appearances featuring Norwegian saxophonist Marius Neset, Cuban pianists Chucho Valdés and Gonzalo Rubalcaba, composer Zoë Keating. “It’s all a lovely representation of how wide and deep things can fall that are related to jazz,” says Kline. “The final week with Taj Mahal, roots music with African influence that reshapes it, then the R&B blues bands with the dance floor open. It’s all the ways of experiencing jazz music right here at SFJAZZ.”