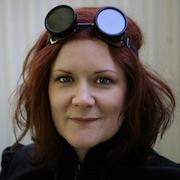 It’s the third time for Ensemble for These Times (E4TT) at SF Music Day, this year set to occupy the War Memorial Veterans Building from noon till night on Oct. 6. And for Nanette McGuinness, the Ensemble’s cofounder and vocalist, it’s still an annual highlight.

“You get some of the best groups in the Bay Area coming and doing 30-minute sets,” she points out, “and for audiences to sample all kinds of music, as if they were at a buffet. And it’s an opportunity for us to reach people we wouldn’t otherwise. There may be somebody in our audience who doesn’t go to chamber music at all, they go to jazz.” Both genres are well represented among the 31 scheduled ensembles, along with world music and any number of hybrid or nameless categories. “And these people happen to see us, and it sparks an interest, and later they might come to one of our concerts, go to our website, and follow us on social media.”

It’s a win-win for everyone, and admission is free, “because we want you to get to know these names, we want you to see that they’re at a level which is exceptional and exemplary,” says Cory Combs, executive director of InterMusic SF, the nonprofit service organization which books and produces SF Music Day.

The event’s eclecticism reflects the breadth of the affiliated-artist and musical-grant programs at InterMusic SF, which in 2017 rebranded from its original moniker as the San Francisco Friends of Chamber Music and hired Combs, who fit the change. He’d served SFJAZZ as director of education and had performed as a jazz bassist, but had studied the classics with his musical family in Wichita, Kansas, and at the Eastman School of Music. “I grew up playing music that could be called ‘chamber jazz,’” he recounts, “like Miles Davis’s Birth of the Cool, and the Modern Jazz Quartet.”

Combs notes that part of what renders both InterMusic SF and Music Day unique and valuable is that, “we have the pedigree to be able to work, at a staff level, on curating this festival in a way that’s going to be balanced.” Aside from his own credentials, “we have my program manager, David Cullen, who’s a Ph.D. and composer from UC Berkeley, and Kyle Bruckmann, our executive associate, who’s a member of the new-music scene, along with being a fine classical oboist. And Lisa Mezzacappa, a bassist and composer, handles our media. So everyone speaks the language, and has a frame of reference and a viewpoint.”

He continues, “there’s also a trust in the community, that when someone reaches out, they know that they’re talking to people who can appreciate their efforts, and for whom they don’t have to explain what ‘New Music,’ with capital letters, means.” Planning months ahead for each Music Day, “we start with a big blank spreadsheet, and I invite everyone, including our board members, to put down ideas. But I only have 30 or 32 spots, and there are hundreds of ensembles that could fit this bill.

“We take some calculated risks, where it may be only the group’s second or third public performance. This year we have Brass Over Bridges [a quintet of horns], and this is their second season. We think about, what haven’t we done that could open the idea of what an experience at a music venue might be? Lisa [Mezzacappa] is bringing a 15-piece ensemble [the duo B. Experimental Band], and they’re doing an Art Ensemble of Chicago piece, with lots of improvisation, two drum sets, a singer, and a full horn section.

“You’ll have Cornelius Boots & the Heavy Roots Shakuhachi Ensemble, in which Cornelius is influenced as much by Black Sabbath as by traditional Zen-style shakuhachi bamboo flute. And Richard Howell, a tenor sax player who has this huge reputation in Europe and Japan, but in the Bay Area doesn’t perform as much. He put a group together for a performance of John Coltrane’s A Love Supreme, but he doesn’t approach it as playing a transcription. He’s going to explore the make-up of the piece, and the sound, with sax, piano, bass, and drums.

“Now, one might wonder what the unifying theme is for the festival, outside of supporting professional ensembles in the Bay Area. Last year, we hung it around celebrating keyboard instruments, but this year I wanted to think of it more as a prompt for musicians. So I came up with, Rebels & Renegades, for all the genres. Say it’s Early Music: what made those composers rebels in their own time? With [jazz pianist and bandleader] Dee Spencer, she’s reimagining the music of the 1976 film Smile Orange, by composer/trombonist Melba Liston, who was herself a revolutionary woman composer. And the Living Earth Show is, I think, literally bringing in a kitchen sink!

Spencer will also join fellow pianists Myra Melford, Susan Muscarella, and Rebeca Mauleôn (who succeeded Combs at SFJAZZ) and charango virtuoso Ila Cantor on an equity and opportunity panel, moderated by Combs. “The question we’ll ask is, what can presenters do more to support [the inclusion and promotion of women in music],” he says, adding, “I’ll be there to learn.”

A history with InterMusic SF can be an influence on selection for Music Day, but isn’t a prerequisite. “The best-case scenario,” says Combs, “is where one of our affiliate artists applies for a musical grant, to commission a piece. Then we know where they are in their cycle, the piece is done, and they’re ready to premiere it and perform it as part of their season, and they do it on Music Day.” Such has been the case for Ensemble for These Times, which as part of their grant last year presented a piece by the group’s cofounder, composer David Garner, setting poetry by Paul Celan. Currently working under another InterMusic grant on a project about mothers and daughters, the Ensemble this year will bring selections from a long-term project titled Emigres & Exiles in Hollywood, involving resettled European composers.

“The short song we’re opening the program with is ‘Cabaret’, by Alexandre Tansman, a Polish composer who emigrated to Hollywood, and then wound up in France. It’s as if he’s imbibed the heart of the blues, and I’m singing it,” says the Ensemble’s McGuinness. “We’ll also do his ‘Capriccio,’ and then the ‘Tanzlied,’ by [Czech-born] Erich Korngold, from his opera, Die tote Stadt [with Anne Lerner-Wright on cello and Karen Rosenak subbing for the Ensemble’s Dale Tsang on piano]. When you listen to Korngold, you can hear the European operatic and symphonic traditions he brought over with him. We’ll do one of the ‘Profiles’ by Ernst Toch, another emigre who wrote for film, and a couple of pieces from our film noir commissioning project last spring: Elegy for David Raksin, a heartfelt cello solo by David Garner, which was this season’s opener for us, and Duo, by Lennie Moore [fellow faculty with Garner at the San Francisco Conservatory of Music], which is a sendup of noir tropes.”

McGuinness’s experience with Music Day dates back to when the event was still being staged at the Conservatory, and she was still performing early music with the Vinaccesi Ensemble. The War Memorial Veterans Building setting, with its four different performance spaces, “gives us more visibility and stature,” she believes. She’s grateful to InterMusic SF itself for “providing workshops and skills in terms of how to keep a group going, when we were building the Ensemble,” 12 years ago. “It helped us to not have to form our own 501(c)(3) when we weren’t ready. And having their umbrella for donations meant we could afford to do interesting projects, and that we could commission.”

“Folks who are now fundraising successfully, like the Telegraph Quartet, have cited us directly as helping them get where they are,” adds Combs. “We’re getting the reputation more and more as — I hate to use a tech term — an incubator, if you will, the idea that a group can use us as a launch pad.”

InterMusic SF is looking towards the production of more such showcases around the Bay, if not also a revival of the sort of series of concerts they formerly held at the Presidio. Combs invites feedback — at [email protected] — from readers passionate about small-ensemble music and from potential individual donors.

McGuinness is quick to praise the organization as presenters at SF Music Day. “They have a call time for us, and they have a little room for us where we can get ready,” she shares. “They do a very nice job with their printed program, it’s very mindfully put together.” And since this year her group will appear relatively early on the eight-hour-long schedule, “I’ll have four more hours after we’re done, and you can bet I’m going stay and amble with delight!"