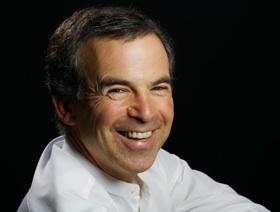 “I Like Ludwig” was the title that Music Director Benjamin Simon put on the San Francisco Chamber Orchestra’s New Year’s concerts this year, and he didn’t mean Ludwig Spohr. The concert, which I heard in Sunday afternoon’s performance at St. Mark’s Church in Palo Alto, offered two solid hours of the pure essence of heroic, midperiod Beethoven. This was a performance of unexcelled grit and color, enough to make even a jaded listener (I hope) sit up and remember how Beethoven came to be considered a great composer in the first place.

Beethoven’s music is, first and foremost, often brusque and violent. We got a large taste of that from his Coriolan Overture and the Symphony No. 2. In the traditional, three-period classification of Beethoven, the symphony counts as an early work. This was a midperiod-style Second, though, matching the overture that came with it. Simon delighted in festooning the program notes with quotations from Nicholas Slonimsky’s Lexicon of Musical Invective, calling the symphony “a hideously writhing, wounded dragon.” The freshness and vehemence of this performance suggested how an ear unused to such music could hear it that way. This is Beethoven daring you to like him, anyway.

Simon conducted both works at a brisk clip that rarely sounded hasty. Only the transition from the slower trio of the symphony’s scherzo back to the faster da capo was at all poorly judged. He kept a steady pace, with no exaggerated pauses or ritards. Instead, the emphasis was on instrumental color and dynamics. The tiny orchestra, spitting out crisp attacks with plenty of bite, sounded like something three times its size as it thundered out Beethoven’s exclamations, which counted for all the more because of the pregnant hushes in between. The “Coriolan Overture” is well vested with dramatic pauses, and these were powerfully loud silences. At the same time, the orchestra’s smallness enabled both inner and lower voices to be heard clearly, giving the music real harmonic structure. The strings and winds were well balanced. They exchanged notes smoothly, without jerking transitions, and with vividly clear color.

A Tested Climber on the Slope

Just to prove that there’s another side even to Beethoven’s heroic period, the concert continued with a lyrical performance of the Violin Concerto, the work that immediately precedes Coriolan on Beethoven’s opus list. Robin Sharp, SFCO’s usual concertmaster, relinquished that seat at this concert and came out as concerto soloist instead. One advantage of having the concertmaster as soloist is that her tone and style will likely be entirely compatible with that of the orchestra. So it was here. Sharp’s tone was firm and gritty, without being stringy or harsh. She proceeded throughout the entire lengthy concerto with grace and a certain degree of calmness. As Simon reminded us, this has been called the “Everest of concertos,” and if that makes Sharp the mountain climber, as he suggested, she scaled the peak without resorting to oxygen tank or crampons.

The orchestra’s smallness enabled both inner and lower voices to be heard clearly, giving the music real harmonic structure.

The orchestra played equivalently. Without eschewing the characteristics of the other works on the program — the attacks were as biting, and the silences as strong and pending, as before — the musicians gave the work a kind of civility. In the Larghetto in particular, the exposure of the inner and lower lines created the effect of a large work of chamber music.

This was really the best free concert a listener was likely to get to in this new year, unless that listener attends other San Francisco Chamber Orchestra performances all of which are offered free of charge. It’s a fully professional orchestra that has been growing in strength and confidence. In particular, under Simon it shows that the silences count for as much as the sounds. I came away reminded not only that I, too, like Ludwig, but recalling what I like him for.