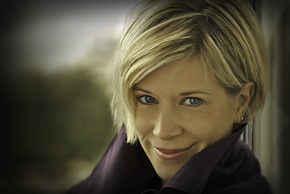 For its Friday concert at the California Theatre in San José, Symphony Silicon Valley offered a serious-looking program of two large works, each in different ways aspiring to be a Brahms symphony. The guest conductor was a new name for this orchestra, Karen Kamensek, an American who is director of the Hanover State Opera in Germany. The populist selling point for the concert was the presence of local hero pianist Jon Nakamatsu.

Rachmaninov’s Piano Concerto No. 3, written for an American concert tour in 1909, was modeled after the Brahms concertos, intending the mixture of concerto and symphony that the older composer had achieved. It’s a long work, often yet not ceaselessly strenuous, and with less flamboyance or undirected expenditure of energy than the Rachmaninov No. 2.

The mighty Nakamatsu played the work from the start in a firm, staccato, hard-pounding manner, giving the music a brisk, rhapsody-free approach leavened only by brief, strategic ritards, and by a light touch, especially in the slow movement, to high-pitched whirling passages that became gossamer instead of jangly. There was little subtlety here, at least on the surface — what there was, besides boundless energy, was a craftsmanship in general shaping of the work that kept it always pointed in the same, concretely formulated direction. It was virtuosity kept under rein, and all the more powerful thereby.

The mighty Nakamatsu played the work with boundless energy ... It was virtuosity kept under rein, and all the more powerful thereby.

Nakamatsu had to play a quiet, introspective encore — a song by Schumann, arranged by Liszt — to dampen down the applause and to emphasize that when he plays heavily, it’s an interpretive choice.

The almost equally large appetizer to this meal was the oddity of Arnold Schoenberg’s 1937 orchestration of Brahms’s Piano Quartet No. 1 in G Minor, Op. 25, a work that could be a fifth Brahms symphony if it did not sound so quite unlike Brahms. Schoenberg had performed this work as a string player, and was determined to make that side of it heard over the piano part. He succeeded at this, often to the extent of burying the notes that the piano played in the original chamber work.

Both SSV President Andrew Bales, introducing the concert, and violist Janet Sims in her preconcert talk made “ugh, Schoenberg” jokes, possibly remembering the days when music appreciation instructors insisted that audiences had to take their serialist music like vitamin pills. Those days are long gone now, and the Quartet isn’t serialist. Schoenberg loved and admired Brahms’ music, and maintained the harmony and melodic lines of the original meticulously.

What he didn’t maintain was orchestration as Brahms would have done it. Brahms favored a mellow, blended sound from a restricted and conservative mix of instruments. Schoenberg orchestrated in bold strokes of bright, primary colors, and he had a markedly 20th-century way with striking and unusual combinations of instruments.

The first movement of this piece, for instance, begins with a phalanx of clarinets, while the second starts with a flock of oboes, played by the SSV sections — led by Michael Corner and Pamela Hakl, respectively — with gumption. There’s plenty of brass and — especially in the finale — percussion, as well as winds, and the strings are handled in un-Brahmsian fashion. The result, viewed as a symphony on its own, sounds neither 19th nor 20th century, instead seeming to hail from some forgotten hidden century between them.

Kamensek conducted this work by cultivating a dry, sandy tone in the orchestra. She values precision and clarity above emotion. Though she does not neglect the melodic line, this risks dullness. She set pinpoint vigilance in the rhythm and cues within a context of conscientious phrase-shaping.

The surprising result of her care for Brahms’ phrasing was that a bit of his character actually crept out of the un-Brahmsian orchestration, like a few drops of juice from a desiccated orange. A flavor of his Hungarian Dances particularly emerged from the rich strings in the slower sections of the Romany-tinged finale, the movement that Schoenberg gave the most outlandish orchestration to.

Kamensek conducted this work by cultivating a dry, sandy tone in the orchestra. She values precision and clarity above emotion. She set pinpoint vigilance in the rhythm and cues within a context of conscientious phrase-shaping.

Kamensek’s determination to chop the rondo finale up into easily digestible parts didn’t interfere with running through the ritornellos at top speed. Though this certainly kept the musicians on their toes, some of them had trouble keeping up with all the intricate note-spinning, and the music’s wagon-wheels began to wobble.

In the Rachmaninov, Kamensek’s dry, hard-edged approach also yielded a somewhat Brahmsian result, especially in the parts that usually come out lush and wallowing. None of that here: The emotion was serene and contemplative, sticking strictly to business. Its restraint actually fit well as a subsidiary accompaniment to Nakamatsu’s more open, yet no more indulgent, dynamism.

Kamensek has already been booked for a return visit in September, when she will lead Berlioz’ Harold in Italy, a suite of Respighi’s Ancient Airs and Dances, and some Verdi ballet music, a mixed program that should complement her search for clarity.