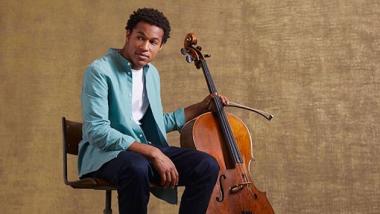 Having just turned 21, Sheku Kanneh-Mason is already a chart-topping, world-touring cellist, one who jolted to prominence in Britain as the first black player to take top honors at the BBC Young Musician of the Year competition in 2016. Two years later, the Nottingham-born artist had a worldwide audience of more than three billion when he performed at the royal wedding of Prince Harry and Meghan Markle. Still a full-time student at London’s Royal Academy of Music, Kanneh-Mason, whose first name means “prince,” recently released his second recording, Elgar, on Decca Classics. 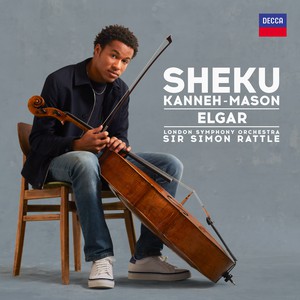 With 13 somewhat disparate tracks, the album is the first classical recording to break into the Top 10 on the British charts in some 30 years. And it’s no surprise why. With Simon Rattle leading the London Symphony Orchestra, Kanneh-Mason brings passion to Edward Elgar’s beloved 1919 Cello Concerto in E Minor — one of lyrical melancholy and the last major piece Elgar completed — bringing attention to detail, his tone burnished and decisive.

Recorded at Abbey Road studios, the sound is rich, with Kanneh-Mason’s vigorous musicality never in doubt, his phrasing broad yet blissful. From the portentous opening main theme to the spirited finale, it’s obvious that the youth and Rattle share a camaraderie. Indeed, the fidelity to the score and the cellist’s soulful interpretation make for sublime listening.

Kanneh-Mason ups the Elgar ante with the composer’s “Nimrod” from Enigma Variations and his Romance in D Minor, both arranged by Simon Parkin. The former, for six cellos, is played with sensitivity and care, while the latter, featuring solo cello, the Heath Quartet, and double bass, is decidedly dream-like.

Other works on the album include Parkin’s arrangements of Frank Bridge’s Spring Song, again with the Heath Quartet, Fauré’s Élégie (Elegy) in C Minor, and the traditional folk song, “Scarborough Fair,” the last a simple but charming duet featuring the cellist and Brazilian guitarist Plinio Fernandes. With music running in the Kanneh-Mason family (Sheku has six siblings, all instrumentalists), the cellist is joined by his brother, violinist Braimah Kanneh-Mason in Ernest Bloch’s Prélude, B. 63 for string quartet, as well as in “Prayer No. 1,” for violin and cello, from Bloch’s From Jewish Life.

Completing the album are Julius Klengel’s pleasing Hymnus for 12 cellos, and Kanneh-Mason’s own arrangement of the English folk tune, “Blow the Wind Southerly,” which has also been released as a single and can be seen on YouTube, where Kanneh-Mason continues to rack up hundreds of thousands of views.

While the album contains several musical gems, one hopes that in future endeavors Kanneh-Mason will dive deeper into a more important and cohesive repertory, the Elgar aside. With the cellist having recently been appointed a Member of the British Empire (MBE) as well as being named one of Time magazine’s Next Generation Leaders, it’s vital that this young virtuoso not fall victim to overexposure, burnout, or questionable musical choices, but continues to grow as an artist, mining his many prodigious gifts.

The focused young artist has upcoming gigs in L.A. and the Bay Area.

Maya Beiser, a collaborative artist/cellist/innovator, believes strongly that music can open minds and even change lives, and works toward that end in her many ventures moving from classical to creating something new.