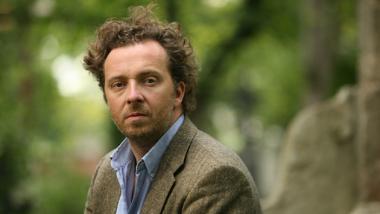 It’s hard to know what to make of baritone Christian Gerhaher’s all-Mahler recital in Herbst Theatre, which San Francisco Performances sponsored this past Tuesday, December 13. With both him and his ever-alert pianist, Gerold Huber, formally decked out in tails, as if lieder presentations have changed not an iota since Mahler died in 1911, Gerhaher made of an already pessimistic, heartbreaking repertoire an even more depressive evening. Given that his greatest expenses of energy were saved for the most chillingly militaristic songs of the lot, it was not a good way to usher in the final holiday season of the pre-Trump era.

Huber’s sensitive pianism seemed focused on the most piquant and jarringly chromatic harmonies in Mahler’s arsenal. If his approach served to underscore just how musically forward-looking Mahler was, it also presented far more pointed and percussive textures than those afforded by an orchestra. I have never heard Mahler’s seething discords brought out to this extent, as though the darkest parts of the composer’s personality were constantly at war with and getting the upper hand over happier aspects. The results were as fascinating as they were unsettling.

No doubt that was as Gerhaher wished. The tone for the evening was set with “Der Einsame in Herbst” (The lonely one in autumn), the second song from Das Lied von der Erde (The Song of the Earth). Gerhaher’s lowest notes sounded shallow and drained of color. High notes, on the other hand, were initially approached with a lightness approaching falsetto, and many phrases higher in the range were conveyed with profound emptiness of spirit. While it is not clear if Gerhaher was suffering from the effects of a cold – he did blow his nose once in the second half – the singing sounded as if his heart was not in it.

Next came the Sieben Lieder aus letzter Zeit (Seven songs from the last period) that include the five Rückert lieder. Those hoping for some gloom relief via the linden-scented “Ich atmet’ einen linden Duft” (I breathed a delicate fragrance), which came second in the set, were in for a disappointment. Not only did Gerhaher push too hard to sound the first, all-essential, high note on the word “linden,” but he sang without sweetness. The performance seemed perfunctory, as if the song was something to get out of the way before moving on to what the recital was really about, namely, how miserable life can be.

This impression was only reinforced by Gerhaher’s approach to “Liebst du un Schönheit” (If you love for beauty.) Instead of a gorgeous tribute to the supremacy of love, which is what it is, we heard eight lines devoid of heart.

Gerhaher employed an impressive dynamic range, but some of his initial fortes seemed like shouts. Thankfully, the last song of the set, the great “Ich bin der Welt abhanden gekommen” (I have strayed from the world), was sung quietly and smoothly, with great beauty. But as it trailed off at the end, I felt, not the love that it spoke of, but only the finality of death.

Death came to the fore in the final two songs of the set, “Revelge” (Reveille) and “Der Tamboursg’sell (The drummer boy). The meat of the recital, both were sung brilliantly, with strong militaristic tone and, when appropriate, copious irony. Even Gerhaher’s low notes sounded the best they did all evening. As Gerhaher’s voice ripped through notes and hearts alike, Huber, too, was at his finest. Beginning the last song by imitating the low rumbling sounds of a drum, and ending with the undeniable low rumble of death, his pianism was shattering.

“Wo die schönen Trompeten blasen” (Where the shining trumpets sound) from Des Knaben Wunderhorn (The youth’s magic horn) began with Gerhaher voicing some of the most haunting sounds of the evening. As the maiden wept for her beloved, who was preparing to head off to war, and Gerhaher brilliantly covered the soldier’s sense of doom with a false showing of male bravado, it was impossible not to cry for all the young men and women whom political forces seem hell bent on sending to their deaths.

With little to no vibrato, Gerhaher returned to Das Lied von der Erde for its final song, “Der Abschied” (The Farewell). Despite the finality and emptiness of his tone, and the beauty Huber brought to the birdsong and stillness of the phrase “The birds roost silent in their branches. The world falls asleep,” I could not get the voice of Kathleen Ferrier out of my head. After the concert, another loyal audience member reported that she kept hearing the voices of Janet Baker and Lorraine Hunt Lieberson on certain songs.

There was one encore, “Urlicht” (Ancient light) from the Second Symphony. “Urlicht” is particularly hard to pull off, because it demands an artist who can bind its long, ambling lines together with a spiritual strength that extends from first note to last. Gerhaher, alas, missed the song’s inner light.

Then again, he missed light and love in the first set as well. Does he find neither beauty nor consolation in death? So it seemed on this particular night.