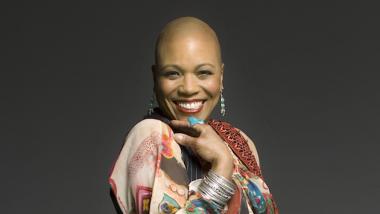 Dee Dee Bridgewater doesn’t do things by half measures. When she wanted to explore her African roots, the jazz vocalist didn’t parachute into Nigeria or Senegal for a few days. She made a series of trips to West Africa, and ended up forging deep ties with some of Mali’s leading musicians, a meeting of hearts and minds documented on her singular 2007 album Red Earth (DDB Records).

With her background in musical theater — she won a Tony Award for introducing the role of Glinda in The Wiz — Bridgewater took a deep dive into the music of Kurt Weill on her 2002 album This Is New (Verve), a project that uncovered some rarely sung gems in the composer’s songbook. 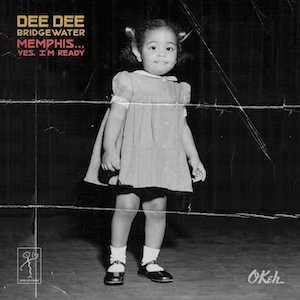 And when she wanted to explore her musical roots in Memphis, where she was born, the three-time Grammy Award winner spent years researching her family’s history before recording Memphis…Yes, I’m Ready (OKeh), which is officially available on Sept. 15. As part of her season-opening four-night residency at SFJAZZ, she gave a preview of the material with two concerts Saturday night, making her California debut with Memphis Soulphony.

While she drew on her jazz chops at various points during the evening’s first concert, scatting in unison with guitarist Charlton Johnson, Bridgewater wasn’t interested in creating a soul/jazz hybrid. She unleashed her inner R&B diva with an unadulterated blast of soul, and it was glorious. She brings Memphis Soulphony to the Monterey Jazz Festival on Sept. 16, opening Saturday afternoon’s program in the main arena.

She opened the concert with a fierce version of Bobby Blue Bland’s “Going Down Slow,” a classic counterfactual blues anthem in which the singer’s buoyant resilience belies the lyrical description of doom and despair. With the sinewy support of an ace Memphis rhythm section featuring big-toned bassist Barry Campbell, tastefully intense drummer Carlos Sargent, and the expansively soulful Dell Smith on organ and keyboards, Bridgewater’s voice sounded more powerful and pliable than ever.

She brought out the boastful blues roots of Al Green’s “I Can’t Get Next to You,” a tour de force that introduced the full Soulphony with backup singing sisters Shontelle and Sharisse Norman, Memphis musical royalty who’ve toured and recorded with a diverse array of blues, hip hop and gospel stars. Bridgewater featured them prominently on a wrenching rendition of the Staple Singers’ gospel civil rights lament “Why? (Am I Treated So Bad),” a song, Bridgewater reminded the audience, that Roebuck “Pops” Staples wrote in response to the plight of the Little Rock Nine.

Keenly aware of the history of every song, Bridgewater made a series of savvy choices. In honoring Elvis Presley, she delivered an up-tempo and deeply funky arrangement of “Don’t Be Cruel,” featuring some series scat interplay with tenor saxophonist Bryant Lockhart. But for Lieber and Stoller’s “Hound Dog,” she evoked and name checked the great but largely forgotten blues belter Big Mama Thornton, who scored her biggest hit with the earthy blues in 1953, rather than Presley.

Bridgewater is taking a considerable risk with Memphis. She’s clearly ready to channel the soul music that moved her as a teenager, but she has become an international ambassador for jazz, an art form with numerous self-appointed guardians who can be unforgiving toward artists who cross over and gain a larger audience.

Recently named a National Endowment for the Arts Jazz Master, the nation’s highest honor for the art form, Bridgewater seemed genuinely moved by the standing ovation that greeted the set closer, an extended version of “Try a Little Tenderness” that paid tribute to Otis Redding (the song was first recorded in 1932 by British pop crooner Val Rossing, the father of East Bay singer/songwriter Claudia Russell).

For an encore, she traveled north from Memphis to Minneapolis, leading the audience in “Purple Rain.” It was a left field move that felt absolutely right, inviting the audience in for powerful round of group catharsis, which is what soul music’s all about, whatever its place of origin.

Bass Virtuoso Larry Epstein Talks About Jazz and Life After the S.F. Symphony

The former associate principal bassist focuses on jazz these days, but his classical roots still nourish his music.

A Smarter Approach to Sound at SFJAZZ

Acoustician Sam Berkow talks about what it takes to tune up the venue’s sound system.

Wynton Marsalis: Bending to the Music

The world is full of possibility for a musician who can play jazz, write symphonies, and give bang-up Harvard lectures.