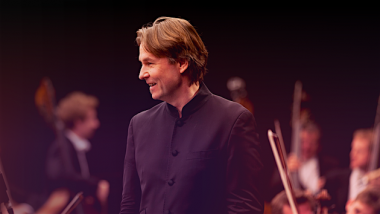 To this day, the world knows Igor Stravinsky primarily for the Big Three Russian ballets, Firebird, Petrushka, The Rite of Spring, and maybe a handful of pieces from his long neo-classical period. What the world still doesn’t know — or prefers not to know — are the plethora of works from his amazingly productive last two decades, a time when he gradually embraced the twelve-tone methods of his rival, Arnold Schoenberg. 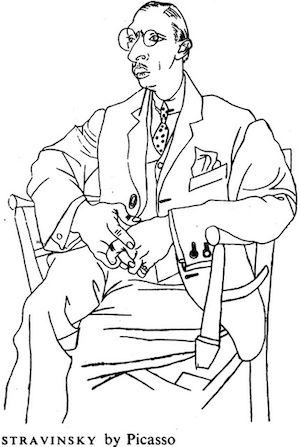 Even in his old age, Stravinsky always liked to be at or near the spearhead of the avant-garde, afraid to be left behind or dismissed as old hat. I imagine the same thing is true of Esa-Pekka Salonen, now 60 but if anything, an even more innovative programmer and thinker than ever. So the prospect of Salonen devoting a whole program from his second Stravinsky festival with the Los Angeles Philharmonic (the first occurred in 2001) to selections from the composer’s last years made synergistic sense. And it didn’t go unnoticed that all of this music was written right here, in Stravinsky’s home in the Hollywood hills above the Sunset Strip.

Salonen came up with the title of “Faith” for his exploration of late Stravinsky, which made sense since all seven works on the program are either religious in nature or elegies for two writers and one politician whom Stravinsky admired. Appropriately, the concert took place on a Sunday afternoon (April 14). Alas, there was only one performance; apparently management had little faith, as it were, that late-period Stravinsky would draw. But that one performance is going to stay in the minds and ears of those who caught it for a long time.

Seeing the lineup of these compressed, often dissonant, sometimes hermetic-sounding, often emotionally touching pieces with vastly differing instrumentations made one wonder: how in the world can they be organized into a unified musical narrative? Salonen found a way.

The whole 80-minute program was played without intermission or even a pause, mostly in the dark. In between each selection, the percussionists performed quietly rolling whooshes on cymbals and gongs as Salonen slowly moved from ensemble to ensemble on the Walt Disney Concert Hall stage, eliminating the need for pausing to shuffle musicians in and out. The effect was like that of a solemn, timeless ritual from somewhere outside of the influence of Western music, a thing of austere, mesmerizing beauty.

You would think that Requiem Canticles — Stravinsky’s last major composition and in many ways, his last will and testament laced with echoes of his own music from long ago — would be the finale. But Salonen placed it first, with the brightly precise Los Angeles Master Chorale singing, chattering, and whispering as the score indicates, and the powerful bass-baritone of Davóne Tines and mezzo-soprano Kelley O’Connor handling the solos.

Next came two tributes, the tiny, almost desiccated Introitus (T.S. Eliot in Memoriam), and the dirges of In Memoriam Dylan Thomas, with lyric tenor Andrew Staples raging into the good night. Stravinsky’s diatonic “pocket” Mass (1948) falls somewhat outside his late period, but it fit within Salonen’s “Faith” concept, and he led it with a light touch and even a bit of a lilt.

Elegy for J.F.K., written immediately after the assassination, was barely a chip off the workbench, less than two minutes of tough serial contemplations for mezzo-soprano and three clarinets stationed high up in the organ loft. O’Connor made poignant work of W. H. Auden’s words; “Remembering his death, /How we choose to live/ Will decide its meaning.”

Near the end, the arc of Salonen’s sequence of pieces became clear, with the shadows lifted by the delightful, intertwining, neo-Baroque Chorale Variations on “Von Himmel hoch da komm’ ich her” (From heaven above to earth I come). Lastly, a beautiful sleeper in the Stravinsky canon, the 1952 Cantata for soprano (Heidi Stober), tenor (Staples), five winds, and cello, fluidly led by Salonen, was a very canny choice for a closing piece. It sent us home with the haunting “A lyle-wake dirge” for female chorus lodged in our inner ears, sung four times so that we couldn’t possibly forget it. It even turned up in my dreams that night.

The groundbreaking director and librettist talks about his reimagined Perséphone, his fascination with Stravinsky, and the role of the artist today.