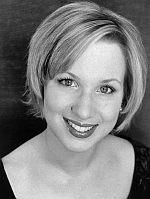 Jason Victor Serinus on August 10, 2009
The extra excitement of Merola Opera’s performance of Mozart’s Così fan tutte could be felt on both sides of the metaphorical footlights. As the house lights dimmed on Sunday at the outset of the production in Fort Mason’s intimate Cowell Theatre, you could almost hear the anticipatory questions in people’s minds: Were they about to witness one or more major stars in the making?

Given that San Francisco Opera’s fabled summer finishing school boasts, among its 1,000-plus graduates, such illustrious artists as Ruth Ann Swenson, Deborah Voigt, Thomas Hampson, Susan Graham, Rolando Villazon, Dolora Zajick, Jill Grove, and Patrick Summers, expectations were high. And once again, there were several candidates for the laurel wreaths.

Thankfully, the whole production was a success. Mozart’s opera is so sublime, and the plot so delightful to those who can transcend librettist Lorenzo da Ponte’s sexist stereotyping of all women as fickle, that even a cast that included singers of varied potential could do no wrong.

Much responsibility for the afternoon’s success lay with conductor Ari Pelto. He was ever alive to the moment. His orchestra consistently highlighted the contrasting instrumental lines that convey how deeply Mozart understood what the characters feel but don‘t sing. The production, with its curious, and not always convincing, frame as a modern play within a period play, benefited from director Robin Guarino’s constant attention to tiny details. While it skirted the edge of too much shtick, I found the constant inventiveness quite natural. And with six singers who were, for the most part, able actors, the freshness of Mozart’s conception was everywhere evident.

Soprano Lara Ciekiewicz (Fiordiligi) was a clear standout. After tuning herself to the acoustic, her creamy voice continually grew in power, beauty, and steadiness. There’s sufficient glamour to Ciekiewicz’s vibrato in the middle and upper middle register, as well as impressive power and bloom on top, to suggest that her voice will continue to blossom. Her lower register is not as profound as Fiordiligi’s great, first act aria, “Come scoglio” (Like a rock) requires, and her trill is less voiced than hinted at via careful preparation. But the sheer beauty of her instrument, the poise with which it is handled, and the intelligence with which she shaped Fiordiligi’s other great aria, “Per pieta,” declared that she could build a career as a consummate Mozartian and also branch out into weightier, more dramatic repertoire.

Baritone John Chest (Guglielmo) was a knockout. The voice, handsome and sonorous, has a naturally mellifluous, singing quality that declares Chest a major artist. He’s also quite attractive, buff enough to go shirtless, and filled with energy.

The only question was whether he held his voice in check, to balance with tenor Alex Mansoori (Ferrando), or the lack of vocal size suggested at Cowell will limit his major house potential.

Mezzo-soprano Caitlin Mathes (Despina) is also someone to watch. While the simplicity and directness of her vocal production suggest soubrette and supporting roles rather than leading ladies, the clarity of the voice, and the wonderful way she moves her tall, slender frame, suggest that she could go quite far. And who knows if she is one of those artists who can open up colors in the voice in roles that call for it.

Mezzo Ellie Jarrett (Dorabella) was excellent. Although the uncomplicated quality of her voice did not, to these ears, stand out as special, her personality and sense of ensemble were commendable.

The Jury Is Out

The two big question marks are returning bass Benjamin LeClair (Don Alfonso) and tenor Mansoori. It’s not clear if LeClair is a true basso cantabile, but his lighter instrument lacks bite and inner tension, and the lower range is anything but profound. His is a lovely sound, but it’s hardly compelling. While I enjoyed the way he wryly observed the proceedings from behind dark shades, the voice refused to come out into the light and declare itself with authority.

Mansoori had a bigger problem: The voice did not shine. Fluidity, ease, and glistening tone eluded him throughout the afternoon. Nor was there even a hint of bloom on top. Given that Cheek, his frequent duet partner, exhibited the kind of joy in singing and vocal finish that distinguish a true artist, Mansoori was a major disappointment. Given that his background (Juilliard, Seattle Opera Young Artist Program, Santa Fe Opera Apprentice) suggests vocal talent to spare, perhaps he was having a bad day.

Although the audience clearly had its favorites, it showed its support by generously cheering everyone … from a seated position. The ability to bring an audience to its feet still awaits these singers.