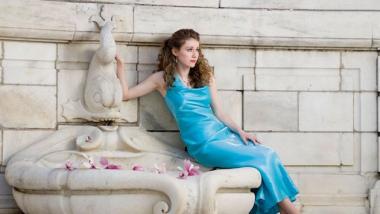 There was a host of young, unfamiliar faces at the American Bach Soloists’ Sunday performance of Handel’s oratorio, La Resurezzione. Not in the audience: longtime ABS watchers would have noticed that many of ABS’s mainstay players were not in the orchestra for this set. Instead, Music Director Jeffrey Thomas had extended invitations to graduates of his ABS Academy, which runs in conjunction with the July festival that ABS founded in 2010.

You have to applaud Thomas’s initiative as a teacher, especially when the music-making at St. Mark’s Lutheran Church in San Francisco was so uniformly high. Together with a quintet of fine soloists, the orchestra was hitting on all cylinders, jumping on their cues with authority, and digging down to create a warm, full sound without sacrificing rhythmic vitality.

Handel may have been a little younger than these players when he wrote La Resurezzione in 1708 (for a private performance at his patron, Cardinal Ruspoli’s home in Rome). But he, like them, was certainly already a master craftsman: His Dixit Dominus was composed a year earlier, and Agrippina, his first operatic masterpiece, would appear the next. The score shows complete familiarity with operatic idioms as well as the conventions of Italian oratorio, and you smile at the young composer’s handling of poetic tropes in the libretto that are more familiar from later scores – the rage aria, the tempest-tossed boat simile, the bird simile (“Cosi la tortorella” (Like the turtle-dove), with delicate flute obbligato, engagingly rendered by Janet See.)

But it’s also a big score, intended to be operatic in effect – the piece opens with trumpets ablaze in a D-major overture and a dramatic dialogue between Lucifer (bass Jesse Blumberg, having a whale of a good time) and an Angel (soprano Mary Wilson) who’s drawn the short straw and has to go tell him of Jesus’s impending resurrection. You could not ask for a more angelic voice, by the way, than Wilson’s: She hits the center of every pitch, every time, her runs are crystalline, the tone is purity itself, and as a bonus, she was all smiles and very generous in sharing her performance.

Thomas is an excellent voice teacher and the Academy alums in the cast may have benefited from his advice, particularly tenor Kyle Stegall, as Saint John the Evangelist, who sounds like a younger JT. Stegall used the words as a springboard into the musical rhythm but always looking to inflect his dialogue in a way that gave it conversational life. He sang the arias well, of course, but the whole performance suggested an intellect at work, Stegall shaping the lines like a good actor.

All the singers reveled in the sounds of the language. On her first entrance, Nola Richardson (Mary Magdalene) drew on the n sounds in “notte,” “funesta,” “pianga” to poignant effect, underscoring Handel’s prolonged dissonances. She went on to delineate the character with unaffected expressivity, her voice taking on its natural, buoyant quality only toward the end of the first part, after the announcement of the impending resurrection.

Meg Bragle was a superb Mary Cleophas, a part which emphasizes her strong alto register, even though, according to modern convention, she lists herself as a mezzo-soprano. Her part was smaller, but she made the most of two contrasting arias in the second part, one a rouser with trumpets, the other with unison violins in pastoral dance rhythm. Meanwhile, Jesse Blumberg’s Lucifer returned in the second half, because why not? His basso cantante is a pleasure to listen to, and he sang with demonic flair, if there is such a thing outside of opera.

Meanwhile, if this orchestra is the shape of things to come, ABS fans must be overjoyed. I’ll be happy to see Elizabeth Blumenstock, John Thiessen, and the old guard return in future concerts, but I also hope that some of these younger players find a way to settle in the Bay Area to enrich the scene for a long time.