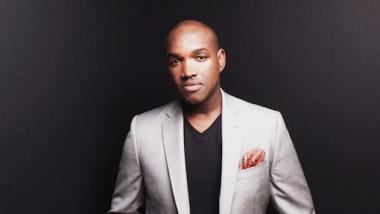 Lawrence Brownlee Is Transcendent in Cycles of My Being

The American tenor Lawrence Brownlee made his San Francisco recital debut on Saturday night with a most amibitious program: Schumann’s Dichterliebe , a classic of the lieder repertory, and a new song cycle by MacArthur Fellow Tyshawn Sorey that was composed for Brownlee. This performance was the West Coast premiere of Sorey’s Cycles of My Being.

In his introductory remarks, Brownlee told a story about the great tenor Fritz Wunderlich’s early attempts at lieder singing, in which Wunderlich, badly reviewed in Vienna, went to the pianist Hubert Giesen for advice. Giesen listened to Wunderlich, and after making sure Wunderlich wanted an honest opinion from him, told him, “You’re not very good.”

No one will be saying that to Lawrence Brownlee. He sang Dichterliebe with a score open before him, and while his interpretation of the songs seems a work in progress, much about the performance was very good indeed. The tenor is an immaculate vocalist and a pleasure to listen to, with a light, bright, well-projected sound and flawless intonation. Moreover, he articulates every word clearly, and maintains a superb, rhythmically alert line.

Where one could want for more was in his shading of the words as the song cycle moves from the joy of mutual love through to despair and images of death. Brownlee’s lovely, bright sound doesn’t have a strong low register, so some phrases sounded wan where they needed to be darker and weightier. In addition, the piano was fully open and should have been on half-stick; from the orchestra section, pianist Myra Huang covered Brownlee too often.

Reservations aside, there was much to enjoy in the Schumann, starting with the singer’s vocal and musical consistency throughout the cycle. “Hör’ ich das Liedchen klingen” (I hear the little song playing) was particularly lovely, and Brownlee’s rhythmic sharpness and sense of fun made “Aus alten Märchen winkt es” (From old fairy-tales it beckons) a special delight. “Am leuchtenden Sommermorgen” floated into the theater most beautifully.

On the operatic stage, Brownlee performs almost entirely in the 19th-century bel canto repertory, but the tenor is no stranger to contemporary music. His past recital programs have included works by Elliott Carter, Ben Moore, and Alberto Ginaestera. Cycles of My Being, commissioned by Opera Philadelphia, Carnegie Hall, and Lyric Unlimited, aims to “speak to the day-to-day life of a black man in the United States, and the thoughts and questions he experiences as he moves through the world,” as Brownlee’s printed introduction to the piece says.

And as the collaboration of three black men in the arts — for it’s clear that Brownlee, Sorey, and poet Terrance Hayes worked closely together during the creation of the cycle — Cycles of My Being speaks with special authority and power to those experiences.

Hayes’s poetry directly addresses the relationship black men have with the aspirational hopes of America, asking, in the first song “Inhale, Exhale,” “Do you love the air in me, as I love the air in you?” (I can only hear this as a reference to the choking death of Eric Garner at the hands of New York City police.) The fourth poem, “Hate,” is the only one of the six making up the cycle that might be found overly didactic or preachy by some. “Hope” (parts 1 and 2) has enormous cumulative poetic power, with each of its lines constructed identically: “When walking hope is a swagger / When breathing hope is oxygen / When drunk hope is wine / When dirty hope is water,” and so on.

However you respond to the texts, which I found powerfully moving, Sorey’s settings are absolutely masterful and fit Brownlee like a glove. “Inhale, Exhale” starts quietly and builds to a strong climax about halfway through. “Hope” (part 1), starts over a rumbling figure in the piano’s left hand, and through the course of the song, the right hand enters, then weaves it way contrapuntally around the vocal line in increasingly complex figures. “Whirlwind” is a direct descendent of Webern and perhaps Carter, with sparse, dissonant accompaniment against a more lyrical vocal line.

The closing song, “Each Day I Rise, I Know,” opens with a remarkable touch, a long, unaccompanied melisma that seemed to meld multiple musical traditions: improvisation in gospel and jazz, a muezzin’s call to prayer, and even Jewish liturgical chant, not to mention Brownlee’s remarkable facility in the florid bel canto style. After the piano’s entry, it rose to a passionate climax, then faded to a quiet, contemplative close.

Brownlee sang a single encore, Hoagy Carmichael’s “The Nearness of You,” which he introduced by noting that one of his projects is a Nat King Cole tribute. In this song was a touch of new magic, as the tenor’s voice relaxed and took on a rounder, more expansive tone than he had used elsewhere in the recital, an approach that could add color and shading to Brownlee’s Lieder.

Huang, making her SFP debut, is, like Brownlee, a refined and sensitive artist, bring a rich and bell-like sound to Schumann’s luscious piano part, and adding powerfully to the drama of Cycles of My Being.

The international star tenor reflects on his career so far and the highlights to come.

Opera in the Park Turns 43

Golden Gate Park glows with great performances that outshine the fog and chill.