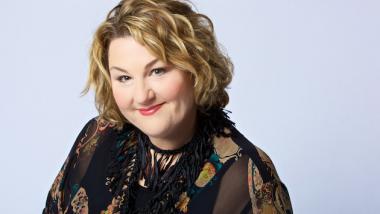 The Parting Tells a Story That Must Be Heard

Once again, a premiere recording from Music of Remembrance, Mina Miller’s Seattle-based organization dedicated to remembering the Holocaust through music, gets to the heart of the matter. Tom Cipullo and David Mason’s chamber opera from 2019, The Parting (Naxos 8.669044) — an MOR commission and its eighth recording on Naxos — recounts the final chapter of the life of Miklós Radnóti, a Hungarian poet who recorded in verse his third imprisonment in a wartime labor camp. Six months after he was taken away, and already in a weakened state, Radnóti was among 20 prisoners executed by their Hungarian guards in November, 1944, after a forced march from Serbia. 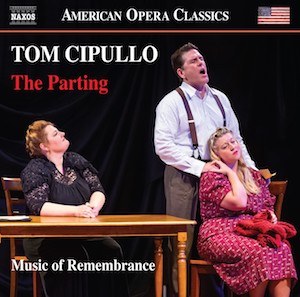 When his body was exhumed from a mass grave a year later, a notebook filled with new poems was found in the pocket of his overcoat. Adaptations of some of those startlingly direct, waste-no-words poems, as reproduced in John M. Ridland and Peter V. Czipott’s 2013 English-language All That Still Matters at All: Selected Poems of Miklós Radnóti, provide the core of Mason’s libretto for The Parting.

Mason and composer Cipullo illumine an imaginary dialogue between Radnóti (baritone Michael Mayes) and his wife, Fanni (soprano Laura Strickling) on the night before his departure. To the expert accompaniment of a five-person orchestra, conducted by Alastair Willis, the couple, who were born Jewish but converted to Catholicism, reflect on their life together and what is to come. While surrounded by the embodied specter of Death (mezzo-soprano Catherine Cook), who serves far more as a narrator and counselor than as a stock grim reaper, Radnóti reaches the conclusion that the reason for life is “to learn what love is.”

Taking his cue from Radnóti’s poems, Cipullo’s music is direct and often tender, with a recurring theme that tugs at the heart. Equally effective is his well-crafted juxtaposition of quiet, intimate passages with those that are far more agitated, angry, and questioning. Nonetheless, one glaring issue is that the opera often asks the singers to recite dialogue. At these crucial moments, including Death’s opening and closing utterances, all three deeply expressive and nuanced singers abruptly transform from artists who know how to put their all into music into opera students who were taught the proper way to represent their art form as they speak to the public.

That no one, neither Willis, Artistic Director Miller, nor stage director Erich Parce  managed to loosen up the singers and encourage them to speak like genuine, deeply feeling human beings is a crying shame. Together with the occasional tendency toward melodrama, these tediously stilted spoken passages detract greatly from the opera’s impact. On multiple occasions, I found myself moaning while muttering, “Oh please.”

Over 29 years after she participated in San Francisco Opera’s Merola Opera Program, Cook remains as strong and expressive as ever. Nonetheless, to borrow a memorable phrase from the great opera critic, the late John Steane, it must be acknowledged that “the vibrations have loosened” and there are very occasional moments of unsteadiness. While working hard to keep everything under control, Cook remains a superb, rich-voiced artist who, when it comes to singing, is willing to risk exposing her limitations for the sake of expression.

Strickland sounds a bit tremulous at the recording’s start, but quickly transitions to deeply expressive, secure voice. Her exposed highs are managed wonderfully, with notable beauty. A champion of Cipullo’s music, she does full justice to the music of the role. Mayes, who is able to pare down from impressive strength, unstintingly pours forth handsome tone. He has to work hard to sing mezza voce on high, but manage he does. He’s a wonderful asset to a superb cast.

The recording/engineering/editing of Dmitriy Lipay, who also records the Seattle Symphony and the Los Angeles Philharmonic, excellently captures the dimensions of MOR’s artistic home, Illsley Ball Nordstrom Recital Hall in Seattle’s Benaroya Hall. Heard in hi-resolution file format, the recording is even more resonant and colorful than what I experience in the hall itself from a distance, where sound loses color and focus. The sense of being there adds to the power of an opera that, after a revision that allows the characters to stick to singing, will make a vital addition to the repertory.