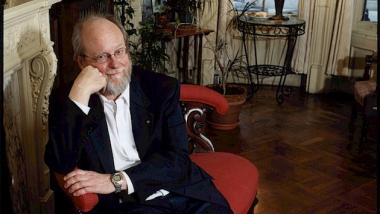 S.F. Symphony Makes the Most of Sudden Changes

Sudden Changes is a descriptive title. The new Charles Wuorinen work, a San Francisco Symphony commission that premiered this week, has a lot going on: From its first notes, Michael Tilson Thomas said, “It takes no prisoners.” His little speech sounded euphemistic for, “You won’t like this, but try anyway.”

In a few months Wuorinen, who lives in New York, will turn 80. Yet he seems a generation older, somehow, than composers like John Corigliano or William Bolcom, who were born in the same year. Tilson Thomas has long been a fan — Wuorinen was the Symphony’s composer-in-residence for several seasons in the 1980s — and the Berkeley Symphony gave the local premiere of his Symphony Seven back in 2005, but it’s been a while since a major work of his was performed in the Bay Area. Local trends have momentarily steered us from this kind of music, characterized by apparently inaccessible language that’s basically serial, influenced by composers like Elliott Carter and Milton Babbitt (but Wuorinen dislikes labels).

For all of its whirlwind, though, Sudden Changes isn’t thorny — or difficult-sounding. In fact, the first thing it reminded me of was a piece that’s enjoyed almost universal acclaim, both popular and critical: Andrew Norman’s Play. The two pieces are, conceptually, worlds apart — yet they share a sense of theatricality and playfulness (Wuorinen’s coloristic use of percussion, toward the beginning, and the cartoonish offbeats in the violins later on), in addition to a general breakneck speed. Wuorinen’s work also houses a surprising amount of lyricism: Solos are often expressive and pretty, especially when combined with fluttering chromatic lines.

Every texture is densely layered, and, with only a moment in each world, Sudden Changes feels not so dissimilar from one of those traditional opera overtures that previews the show’s coming attractions. Here, of course, the overture is it, and the ideas go as soon as they come. You could study this 15-minute work for 15 hours and not get too far deep, and it’s hard to find much coherence on the first listen.

Moments from the end, a single chord fizzles away the activity, and everything becomes placid and introspective, harmonies turning slowly and the brass wearing mutes. The unfurling harmonic series, which might be the piece’s most conventional notes, feel, ironically, jarring. It’s almost a letdown when the piece ends so nicely. But that’s what’s so fun about this jam-packed opener: the surprises keep coming.

Another pleasant surprise was the debut of pianist Behzod Abduraimov, playing the third Prokofiev concerto. His playing had a distinct warmth, and it was an unusually affable performance on every front, down to the first movement’s castanet solo (languid and never mocking). The second movement’s opening and closing variations had an elegance reminiscent of Prokofiev’s “Classical” Symphony, and Abduraimov, who was born in 1990 in Uzbekistan, imbued even the third movement’s Nachtmusik with some small measure of humanness.

The passagework (much of which is fiercely difficult, even for a piano concerto, and all of which was executed well) sometimes seemed swallowed up in the orchestra, who didn’t look to be playing much at all. But his delicacy in choice places — the first movement’s burbling scales, in particular — was beautifully effective.

Friday’s finale, Copland’s Symphony No. 3, was being recorded for future release; aside from a false entrance (but more terrifying than that, a bizarre directive made by MTT at an individual), it showed. The third movement was especially powerful, but it was an impressive performance throughout.

Edward Gardner provided a firm lead while Simon Trpčeski was rhapsodic on the keys.