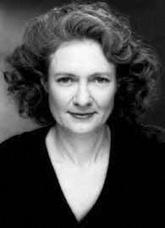 David Bratman on January 12, 2010
Sunday was string quartet night at the San José Chamber Orchestra’s concert, conducted by Barbara Day Turner, at Le Petit Trianon in its namesake city. The Cypress String Quartet played as guest soloists in the premiere of Pablo Furman’s Paso del Fuego, and the SJCO ceded the entire stage to the Cypress foursome for the first half of the concert, which consisted of Beethoven’s Quartet in F, Op. 135.

But before we get to the Beethoven, let me tell you about the premieres: two of them.

Furman is a composition professor in San José State University’s music department whose compositions appear frequently on local programs. This concerto, for string quartet and string orchestra, is the most appealing and imaginative work of his I’ve heard. It unites the bounce and vigor of his violin and electronics piece, Sureña: Memorias Australes, with the geniality of his concertino for bandoneón and strings. The music has bite and wit, increased by the crisp playing of the musicians and the high-treble acoustics of the auditorium. The instrumentation, with the string quartet emerging out of the orchestra; the presence of intricate passagework but absence of virtuoso display; the echoes of older musical styles (Renaissance and Baroque, Argentine folk music, even Ukrainian sacred choral music, according to Stephen Ruppenthal’s informative program note); and the mix of consonant and dissonant harmonies — all reminded me strongly of Ernest Bloch’s Concertos Grosso and other such mildly modernist works of the early- to mid-20th century. This is a more than worthy successor.

There are five movements of varied character, each five to eight minutes long. The odd-numbered movements were all fast and lively. In the opening prelude, the orchestra’s chromatic melody in consonant harmony alternates with the quartet’s diatonic chorale with dissonant harmony in a contemporary version of a Baroque concerto’s ripieno/concertino balance. A lively fantasia offered pizzicato accompanied by all the special effects in the string player’s book: knocks, scrapes, bounces, buzzes, and growls. In the finale, the quartet’s violins gave out a disjointed melody over rapidly bouncing accompaniment.

The second and fourth movements were slower songs. “Triste,” the second movement, had a long, lyrical melody, mostly for Jennifer Kloetzel’s cello, some of it in a high register difficult to keep in tune, over eerie, pillowy accompaniment from the strings, some of it in a glassy sul ponticello manner. The fourth movement, “Romance arioso,” was more querulous and tense. The lead soloist in this movement was Tom Stone, the Cypress second violinist.

The other premiere on the program, Trinitas II, by Anica Galindo, is the second of three pieces of that title she’s writing for SJCO, all inspired by her religious faith. But it sounds more as if it was inspired by her training in composing film music at University of Southern California. This 10-minute slow movement for strings consisted of long melodic lines over lush, semiopen harmonies. It was redeemed from hitting all the expected harmonic cliches by a tendency to meander. Nevertheless, this was a pleasant thing to listen to for 10 minutes. The idiom resembled that of such contemporary orchestral film composers as James Horner (see this week’s feature) or Stephen Warbeck: entirely consonant, emotionally open, but restrained and contemplative.

Playing Up to Snuff

Throughout both works, the orchestra played gratifyingly well. Neither the complex precise rhythms of Paso del Fuego nor the full harmonies of Trinitas were beyond their capacity. The tone quality was on the rough side rather than being velvety-smooth, yet it was solid and in no way wayward.

If neither Furman nor Galindo presented “cutting-edge” music, neither, really, did Beethoven. Op. 135 is the classical reversion among his late quartets: short, plain, good-natured, and relatively uncomplicated. The Cypress Quartet gave it a brisk yet substantive performance. Combining a firm rhythm with a gruff, bearlike tone, particularly in the lower instruments, lent an almost military air to the interpretation, in the first movement in particular, though as the work went on I got the impression that the intent was to sound rustic. The Lento assai third movement was no mere emotional display. It had much the same feeling as the first movement and scherzo, just slower. First violinist Cecily Ward gave a simple lead, and the others followed. The atmosphere was basically genial, and what lay underneath that was pain, rather than sorrow or regret.

It was in the Grave introduction to the finale, and its reprise later in the movement, that the Cypress Quartet showed Beethoven letting the pain out. Violins shrieking, viola and cello growling back — particularly striking work by violist Ethan Filner here — came across like some early-20th-century expressionist agony. A highly advanced idiom for 1826, perhaps, though nothing that listeners of 2010 haven’t heard before. It’s as if Beethoven reaching forward and Furman reaching backward shook hands somewhere in the 1910s or ’20s. Whether a musical style is “advanced” or not depends on the date, and at this date, with so much of musical history to choose one’s inspirations from, it’s good to hear such rewarding new music as we had at this concert, whether it happens to be the new music of 2009-10 or the new music of 1826.