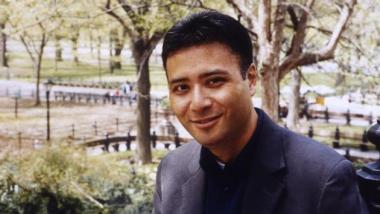 Symphony Silicon Valley’s final program of the season, which I heard on Saturday, May 4, at San Jose’s California Theatre, featured strongly characteristic works by three composers. All lived and worked in Paris between the mid-19th and early 20th centuries, though only one, Camille Saint-Saëns, was French by origin. Carlos Vieu, remembered for a brashly vigorous Carmina Burana here two years ago, conducted.

The pairing of serious, steady-minded pianist Jon Nakamatsu with Saint-Saëns’ light, almost frivolous Piano Concerto No. 2 in G Minor gave me pause. Was he the right pianist to serve this work to the audience? Turned out that he was. Nakamatsu was pouring a beverage without a head of foam. A former German teacher himself, he found the German in this concerto, especially in the echoes of a Bach prelude that begin the first movement and return, ghostlike, at its end. The pianist gave his part weight by emphasizing the bass notes, or at least the bottom notes, of whatever he was playing. In the famous light trill passage of the finale there was not a touch of frillery. Instead, he drilled those trills down through the piano keys with the precision of a musical oil driller.

Appropriately, Nakamatsu chose for his encore Schubert’s Impromptu in E-flat, something Chopin might have written had he been Germanic.

Vieu, who’s from Argentina, brought the raw power of his Carmina Burana and a hint of Hispanic solidarity to a suite from Manuel de Falla’s Three-Cornered Hat. Surely the most intensely Spanish ballet music ever written, it’s based on Spanish folk dances rather than traditional ballet. Falla begin composing it while living in Paris, and he completed it in 1919 for Sergei Diaghilev’s Ballets Russes (Russian ballet). The players did not lack for color or energy. Vieu seemed to be willing them into the proper rhythmic snap to complete the effect, hunching over and jerking his elbows. They reached the ideal state with the sultry “Dance of the Neighbors” and continued it into the slow but propulsive “Dance of the Miller.”

The Falla was the first work on the program; its spirit returned at the end with the encore, the “Malambo” from the ballet Estancia by the great modern Argentinian, Alberto Ginastera. This piece suggests Falla with a harder edge. The orchestra delivered its flying, repetitive rhythmic figures with the firm drilling quality of Jon Nakamatsu playing Saint-Saëns’ trills.

The finest performance of the concert, however, came in the slowest and darkest work, César Franck’s Symphony in D Minor. Franck was a Parisian organist of Belgian origin and part-German ancestry. Not surprisingly, his symphony has organ-like sonorities and is altogether the most Germanic-sounding symphony in the French repertoire.

It was particularly Germanic in this performance, and specifically Wagnerian. Rhapsodic flow, the artistic antithesis of Falla and Ginastera’s iron-bound rhythms, dominated the work. The Lento opening is so dark and brooding that, when Franck quickly aborts his first try at an Allegro pickup and returns to the motivic beginning, it was as momentous as if the creation of the world were being abandoned and started over.

The other movements were also severely moderated in character. The second movement, which combines scherzo with slow movement, was made for this approach. In the finale, Vieu imposed a huge slowing of tempo at the second theme, and then hardly ever sped up again. The coda had the epic weight of the sailing of a big ship. Right at the end came the accelerando, releasing the accumulated tension. The total was as awesome as anything SSV has ever done.

The playing was nearly flawless. The brightness of the brassy tutti sound moderated the dark interpretation. Individual credits go particularly to Meredith Brown for sterling French horn work, Patricia Emerson Mitchell for plaintive English horn solos (Falla also put her to work), and especially Dan Levitan for the deep rumbling of his harp in the coda.

Correction: In yesterday's original post we misspelled pianist Jon Nakamatsu's name in the headline. We regret the error.