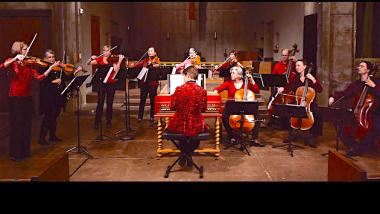 What if Dido and Aeneas Really Was Composed for a Girls' School?

No early music festival would be complete without a daring jump into the unknown. It’s just in the DNA of early music performers to question what’s been handed down to them by tradition. And at the Berkeley Festival and Exhibition on Saturday afternoon, Voices of Music knocked off one more sacred cow by performing Henry Purcell’s nearly perfect opera Dido and Aeneas in a version they created for the San Francisco Girls Chorus. The result, heard in the First Congregational Church, was the revelation the performers intended.

The only performance we know of in Purcell’s lifetime was at Josiah Priest’s School for Girls in late 1688 or 1689. There is an interesting argument that the opera must have been intended for a performance at court or in an aristocratic household, given that the musical style reflects French court opera a la Jean-Baptiste Lully, a style that both King Charles II and James II would have favored. Also, we know that the direct model for Dido, John Blow’s Venus and Adonis, was performed at court, in 1683. But get this — it was also performed at Josiah Priest’s School for Girls.

The real reasons the girls school performance of Dido has not, to my knowledge, been reconstructed are mundane: the only performing materials we have are scored for the standard SATB chorus, and things like the sailor’s chorus, “Come away,” seem to require men. In some productions, one or more of the witches are cast with men. Oh, and you need a great soloist.

The Voices of Music production had that problem knocked. Mezzo-soprano Mindy Ella Chu, one of two adults in the cast, was a powerful Dido, rich-toned and responsive to the words, which she sang clearly. Her two arias were the emotional tentpoles of the opera, as they should be, and she held nothing back emotionally, even in this concert performance, investing the line “Thus, on the fatal Banks of Nile/ Weeps the deceitful crocodile” with hurt and disdain in equal measure. She was equally good everywhere else. Her Aeneas, Jesse Blumberg, was also good: square in bearing and in strong voice, which is basically what is called for in the role.

All of the other soloists came from the S.F. Girls Chorus and it can be said, without any condescension, that they were excellent, particularly Emma Powell, as Belinda. Dramatically, they were slightly tentative (except for Allegra Kelly, who had a massively good time as the lead sailor), but they were spot on vocally, mastering Baroque trills and witches’ cackling and everything else with aplomb. Their voices are not fully mature, but that only throws further emphasis on Dido’s tragedy.

Hanneke van Proosdij and David Tayler, co-directors of Voices of Music told me that, not surprisingly, they took great care over rewriting the choral parts. “We slaved over it,” said Tayler. “The goal was always four, distinct parts. And all the motives are there.” Startlingly, especially for someone who has seen and heard the opera so often, you don’t miss the male voices, even in the sailors’ chorus. The change to two soprano and two alto parts was managed well, though there’s no way to know if the new score approximates Purcell’s arrangement. And the S.F. Girls Chorus sang like a dream the whole way through, with beautiful dynamic shadings especially in the final chorus, “With drooping wings,” where they fanned out across the back of the church without losing a fraction of their blend or musicality.

The orchestra, let’s not forget, included mostly Philharmonia Baroque regulars and they played brilliantly, a joy that was in no way lessened by its predictability.

To have Dido and Aeneas not just revived but revivified in a way that gets closer to the opera’s original sound was special and encapsulates what the early music performer is supposed to do — confront tradition in order to show us something new.

Sequentia performs compellingly reconstructed music from a thousand years ago.

Religious music for the Lenten season, sung with grace and mature expression.