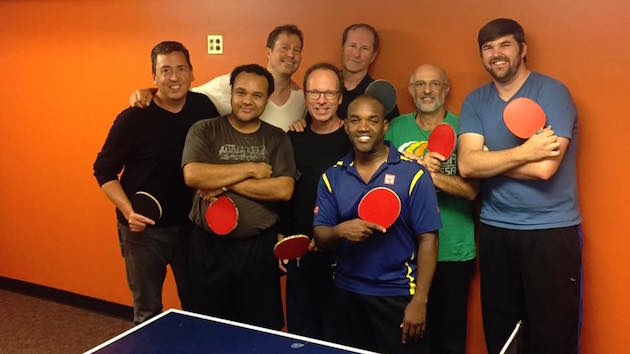 At the end of a performance run, the usual routine is a closing night party, hugs and kisses, and then the inevitable flight out of town for the star singers. But the last night of San Francisco Opera’s Don Pasquale featured something a little different, a ping-pong tournament with the star tenor participating. Too late, we learn that ping-pong is something that is literally an underground – basement – sport at S.F. Opera. SFCV dutifully tracked down our erstwhile Ernesto, Lawrence Brownlee, to get the lowdown on the beneath-the-radar tournament.

Where did the idea for a ping-pong tournament come from?

Since I love to play and had heard so much about the tradition of ping pong at San Francisco Opera, I suggested it to the people that play and they absolutely loved it. Chester Pidduck, chorister, was instrumental in putting it together along with myself.

Is this the first operatic ping pong tournament you've taken part in?

Yes, it is. I have played around the globe. But this is the first. I hope to do it in honor of autism awareness and raise funds in the future.

Are you going to invite an audience to the next one?

I’d like to invite an audience to the next one. It would be great to rent tables and a nice place and to do it often.

Instead of BariHunks how about a website called Tenors 'n Table Tennis?

Haha, that would be great. Maybe we can even make a calendar posing with paddles.

I bet it would be a hit. When did you learn ping-pong?

I picked it up in undergrad and have loved it ever since. In graduate school, I got more serious about it but didn’t play for years. The last few years, I have gotten back in to it. When I go places, I look for a place to play and I want to improve my skill set. It’s a great sport.

People say that they like to stay away from my forehand. I am more of defensive player and I slice a lot, but now I want to be more offensive. I need to dictate points.

Are you going to keep mum about this the next time you sing in China?

I won’t play any of them, but I hope to learn one or two pointers from the great players of China! 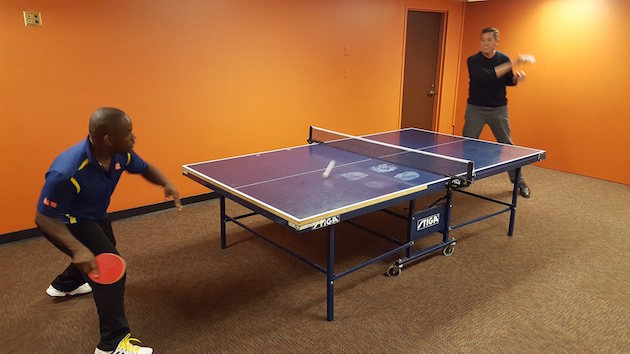