From Russia With Love of Choral Tradition 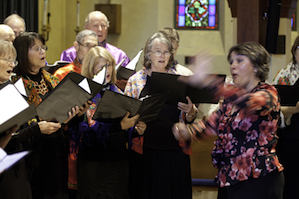 From medieval chants to premieres, the third International Russian Choral Music Festival gets underway Aug. 3 in San Francisco and runs through Aug. 10. It's the first West Coast series of concerts presenting selected music of the Russian choral tradition. Many of the pieces are jewels of rare Russian choral works, some never sung outside of Russia, according to festival organizers.

Shachneva directed the two previous international Russian choral music festivals in Boston, where she lived for nearly two decades. Two years ago she moved to California to become the artistic director of Slavyanka, the a capella male and female vocal ensembles.

Festival performances will hopscotch between San Francisco and Berkeley. The week's four concerts will include singers from five Bay Area choirs and choruses; alumni of the Yale University Russian Chorus; guest singers from the Rachmaninoff Festival Choir of America; Andrei Nemzer, countertenor and winner of the Metropolitan Opera competition in 2011; and Mikhail Svetlov, a bass soloist from the Bolshoi Theater in Moscow. 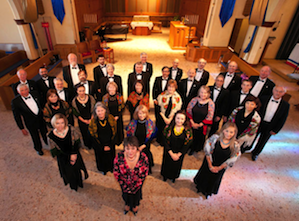 The opening concert in San Francisco features the Slavyanka women singers, Russian liturgical and folk music compositions by Pavel Chesnokov (1877-1944) and Mikhail Konstantinov (1904-1982); traditional polyphonic songs from Russia's many regions, and the West Coast premiere of contemporary Moscow composer Boris Kalistratov’s “Life and Death.” On Aug. 7 in San Francisco, Svetlov, Nemzer and voice teacher Alexander Prokhorov, artistic director and soloist of the Commonwealth Lyric Opera in Boston, will each give a master class. Registration is required. Later that evening, Prokhorov will join a panel of scholars for a presentation on Russian choral music.

The following night, Aug. 8, in Berkeley Nemzer and Svetlov will join other singers to showcase works by the more usual suspects of Russian composers known in the West. Included on the progam will be arias and duets by Glinka, Tchaikovsky, Rimsky-Korsakov, Mussorgsky, Rachmaninov, and Prokofiev.

On Friday, Aug. 9, in San Francisco the program highlights Russian sacred and folk music for male voices, and includes ancient Greek and Kievo-Pechersky chants; choral concertos by Dmytri Bortniansky (1751-1825) and Alexander Archangelsky (1846-1924). Traditional Russian, Ukrainian, and Macedonian songs (including “Kalinka”), round out the evening. The week-long event concludes in Berkeley on Aug. 10 with major Russian choral works over the past thousand years, featuring Svetlov, Nemzer and a 100-voice festival choir, which Shachneva will conduct.

The festival will offer extensive program notes at each concert and workshops on Russian repertoire for choirs and choruses as well as background on the Russian Orthodox church and church music. Choral conductors can learn tips to introducing Russian repertoire, including pronunciation guides. And there will be online activities connecting the festival with wider audiences and participants.

The tradition of Russian choral music began at the end of the 10th century, when choirs sang a capella as part of the liturgy in the Russian Orthodox Church, according to Shachneva. Her Slavyanka singers urged her to bring the festival she built in Boston to the Bay Area. "I met very enthusiastic people in Slavyanka who wanted to know more about Russian choral music," said Shachneva, who was born in the former Soviet Union and graduated from the Gorki music conservatory.

Will the festival become a recurring Bay Area event? "Hopefully, in two years," said Shachneva, calling the festival a gathering and an opportunity to bring musical groups together. "Russian music must be a part of American culture, not something ornamental."