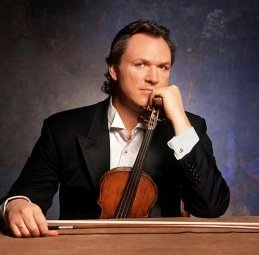 New Century Chamber Orchestra has had a few interesting featured composers the last few years, none more so than this year's selection, Mark O'Connor.

O'Connor has a little time for everything and his Appalachian/ bluegrass fiddle approach to his concert music, especially Appalachia Waltz, in Yo Yo Ma's rendition has earned him a crossover following.

The new work, which NCCO will premiere this weekend is a string symphony, Elevations, that, O'Connor says, will mix in the European, African, and Native threads of the American quilt.

NCCO leader Nadja Salerno Sonnenberg is counting on the fiddler's particular brand of eclecticism to yield another pearl for the the chamber orchestra's repertoire, leading into their East Coast tour next season.