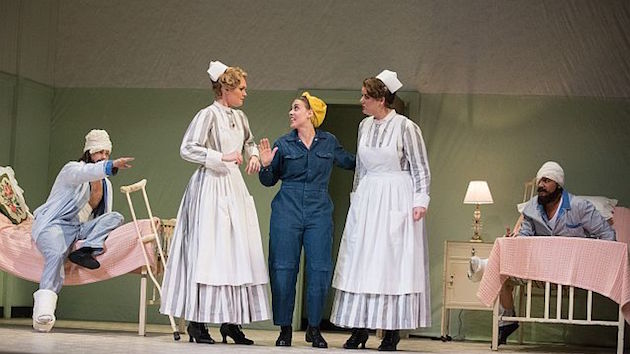 Mozart's Cosi fan tutte is known by its Italian name because the English “So do they all” just doesn't do the job — who are they and what do they do?

From the perspective of the writers and, presumably, the audience of the 1790 premiere, the idea is that all women may give in to infidelity (especially if the tenor or baritone sings long enough), disregarding the strong possibility that men might also be suspicious on this point. Thank goodness, the opera lives forever because of its music, not its message.

It was the music — vocal, especially, and orchestral — that was wonderful at last week’s Merola performances at the S.F. Conservatory of Music, conducted by “singers’ best friend” Mark Morash, and staged by Ted Huffman. Seen at the Saturday performance, the stars, true to the Merola Program’s purpose, were the young singers, especially a radiantly promising soprano and a phenomenal lyric tenor.

The opera was written for a small cast who are then challenged to sing through three hours of vocal fireworks. It features two sisters (Dorabella and Fiordiligi), their fiancés (Ferrando and Guglielmo), the men’s older friend, who bets that the women would not remain faithful to them; and a clever, “liberated” servant (Despina), who plays a major role through all the machinations and quirks of passion, real and pretended.

All six young singers shone brightly, singing and acting with distinction, and yet, “first among equals,” soprano Yelena Dyachek as Fiordiligi and tenor Amitai Pati's Ferrando made the biggest impression. 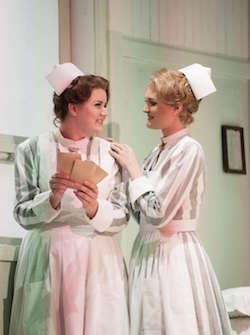 Dyachek is the kind of singer for whom the Merola Program was invented: she owns a stunning voice, projection that will serve her well in dramatic roles presented in big houses, but she has more work to do in tonal consistency and improved legato. In her big aria, “Come scoglio” (Like a rock), her “Fra gli amplessi” (In the embraces) duet with Ferrando, and elsewhere, the Ukrainian soprano, who is making her home in the U.S., clearly demonstrated she is on the threshold of a big career.

Pati’s technique, and the depth and color of his voice, make him a virtual certainty to be selected for the Adler Fellowship, Merola’s “graduate school.” Judging by his masterful and affecting delivery of the aria “Un’ aura amorosa” (A loving breath), his future is up to him: he could land a contract next, or put in more time and work as an Adler.

His, older brother, Pene Pati, is an Adler, after some delay, and now has an impressive role in the fellowship. 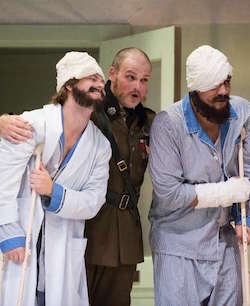 Too often the role of Despina, the maid, is overdone; the plot virtually invites clowning by the singer. Soprano Adelaide Boedecker, returning for her second year in the Merola program, got Despina right. She did her marathon run in Olympic form, and sang in a lively and compelling manner, both in her recitatives and the aria “Una donna a quindici anni” (A woman of 15 years).

Bass-baritone Josh Quinn was a somewhat rough-edged Don Alfonso, convincing in the role as the cynical friend. But something was missing in the sublime trio of “Soave sia il vento,” as Quinn, Dyachek, and Schenck followed Morash’s fast and prosaic direction instead of bringing out more of the breathtaking poetry in the music. Morash would never give in to sentimentality, but in this case, a little of that would have gone a long way.

Huffman kept the action going, helped along by Marsha Ginsberg’s simple and effective sets and the use of curtains hiding and revealing new scenes. Setting the opera in a World War I era military hospital created a problem in the scenes when the two men, disguised as wounded Albanian soldiers, turn up unexpectedly, foisted upon the sisters, each man now courting the other's fiancée. What’s surprising in the story is that these “strangers” enter the sisters’ home; in Huffman's setting, wounded soldiers in a military hospital -- that's a plot conceit of a different color.

The orchestra, which consists of members of the SF Opera Orchestra and the so-called Freeway Philharmonic of freelance musicians, played with  consistency and vivacity. Merola apprentice coaches Noah Palmer and Nicolo Sbuelz played the work's lengthy harpsichord accompaniment.

Merola 2016’s staged productions are now in the past, but you can still catch these singers at the Merola Grand Finale on Aug. 20 in the Opera House. 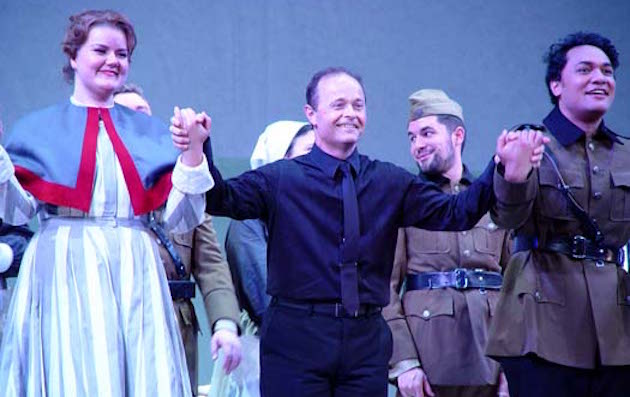