In a thrilling, star-studded concert, famous alumni and the youthful Class of 2017 joined together on Sunday to mark the Merola Opera Program’s 60th birthday. Supporters of the program filled Herbst Theater, following a sold-out gala dinner in City Hall, and before a party in the Veterans Memorial Building — all three events for the benefit of the program, which now operates on a budget estimated at just over $3 million. 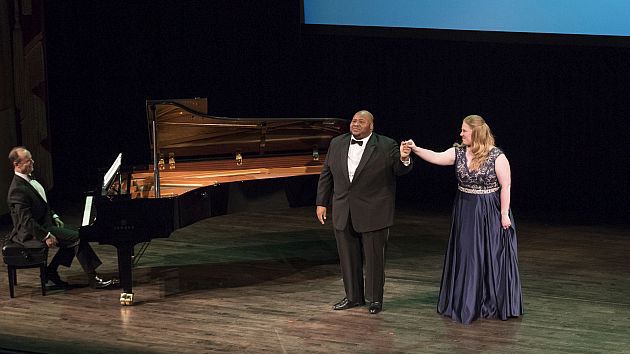 It was more than 60 years ago that San Francisco Opera General Director Kurt Herbert Adler created what is now the oldest and largest such program for helping young artists launch their careers, but only in 1957 did the original “West Coast opera auditions” become the formal organization with a much larger scope and global reach. The anniversary season began with the announcement of the Merola commission of Jake Heggie’s If I Were You, with a Gene Scheer libretto based on Julien Green’s novel, scheduled for a 2019 premiere.

By now, the program Adler named for his predecessor, company founder Gaetano Merola, has produced some 1,200-plus alumni, including some illustrious singers who sent their birthday wishes via video tonight. Among them: Thomas Hampson (now singing in a La Scala Don Giovanni), Susan Graham (on her way to sing Prince Orlofsky at the Santa Fe Die Fledermaus), Joyce DiDonato (from Berlin where she is appearing with the Philharmonic), and Patricia Racette (branching out next year and making her directorial debut with La Traviata at Opera Theater of St. Louis).

Another Merola alumna, world-renowned soprano Deborah Voigt came to Herbst to give opening and closing remarks. She and opera-world heartthrob Dolora Zajick started the 90-minute program with the “Belle nuit, o nuit d’amour” barcarolle from Offenbach’s The Tales of Hoffmann. Seated strategically on outside aisle seats, the new Merolini provided a quiet chorus for the duet.

Then, at the end of the evening, the young singers sprinted from their seats to join the husband-and-wife duet of Pene Pati and Amina Edris, singing about getting married and “making their garden grow.” Leonard Bernstein’s Candide finale closed the concert, the stage crowded with the participants, all singing. 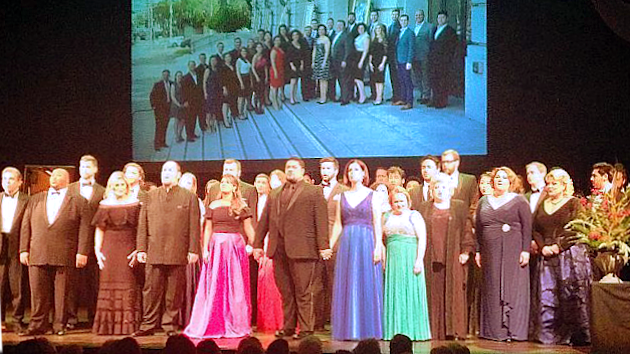 There was a parade of Merola notables between the Offenbach and Bernstein, with such highlights as:

The complex preparation for the event — which unspooled smoothly after a half-hour delay while the patrons at dinner made their way across Van Ness Ave. — is to the credit of Executive Director Jean Kellogg’s tiny staff and large group of volunteers and board members. Bravi per tutti! 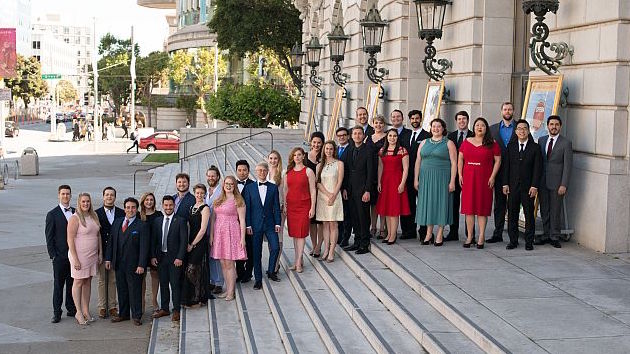