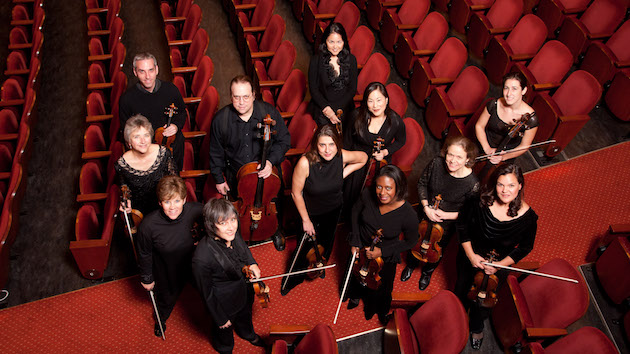 The New Century Chamber Orchestra’s spring concert was titled “Delight in Dancing,” but most of what was played on Friday, May 6, at Palo Alto United Methodist Church wasn’t conventional dance music — the kind with a firm rhythmic pulse overlaid by curvaceous or catchy tunes.

This must have been a relief to composer Jennifer Higdon, who confessed in speaking before the premiere of her Dance Card that she’s a terrible dancer. She keeps getting distracted by what’s going on in the music. So Dance Card, though inspired by dance music, is intended for listening by those who’d rather pay attention to the sounds. 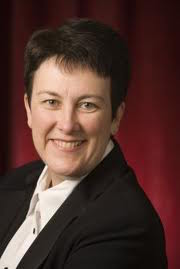 They were interesting sounds. Higdon wrote this work for string orchestra as a vigorously complex conversation among the instrumental lines, with mildly pungent harmonies in a generally consonant and agreeable context. It has a plain expository nature typical of her orchestral writing, and in this case I was struck by an affinity to similar work by Benjamin Britten.

It’s an appropriate comparison. Britten once wrote a Simple Symphony with movement titles like Boisterous Bourrée and Sentimental Sarabande, so why shouldn’t Higdon write a Raucous Rumpus? Higdon’s work isn’t so simple, though. Her Rumpus features syncopated exchanges between the violins and the lower instruments, and the other fast movements involve intricate contrapuntal tricks: offset layering in the Jumble Dance and staccato counterpoint over a complex rhythm in the crisp and bouncy Machina Rockus.

The slow movements are not far behind. Breeze Serenade features elaborate complexes of many solo voices over quiet undulation, while Celestial Blue offers a long melody over a slow pulse, belying the implication of its title by being hygienically austere and not at all languid.

Higdon puts her techniques to use not aridly, but to make a work that’s interesting to listen to both for pleasurable sounds and for intellectual heft. This is a 25-minute suite to satisfy ears impressed by her early masterpiece, the tone poem blue cathedral.

To pair with the Higdon commission, music director and concertmaster Nadja Salerno-Sonnenberg chose Stravinsky’s Apollon musagète, sometimes called just Apollo. His more famous, early, primitivist ballets long behind Stravinsky when he wrote this in 1928, it’s the first of his series of neoclassical ballets. Probably the most harmonically consonant work the mature Stravinsky ever wrote — and more so than Dance Card — it’s calmly ruminative and thoroughly unrhythmic. An uninformed listener might not guess that it’s a ballet score.

NCCO’s 19 string players performed it with the same immaculate, modern perfection they brought to Higdon’s work. The music was shiny and crisp. Each note from every player was precisely placed. In both works, the impression was one of utter cleanliness of sound.

That being so, what should the orchestra offer for a finale but the infamously raucous and cluttered “Dance of the Seven Veils” from Richard Strauss’ opera Salome? This piece doesn’t sound like conventional dance music, either. It’s more of an aria for dancer. NCCO’s virtuosic arranger Clarice Assad has reset Strauss’s wind-laden score for strings backed up by piano for crispness, plus a little percussion.

The performance was striking. Orchestras usually play “Veils” with a heaving, decadent, irregularly paced modernism. NCCO turned the music into a real dance, bringing out lushness and even a lilt. The monotonously repeating leitmotif representing Salome’s obsession with Jochanaan turned, in cellist Michelle Djokic’s hands, into a simple rhythmic figure supporting the pulse.

Framing the concert on the other end was the one piece that unquestionably sounds like dance music, Khachaturian’s blistering Sabre Dance, arranged by François Weigel for strings with a lot of loose percussion rattling around. Galen Lemmon wielded the hardware with ferocity. Listeners didn’t need to miss the winds too badly: this performance offered another opportunity to hear the NCCO viola section’s remarkable ability to collectively sound like a saxophone.