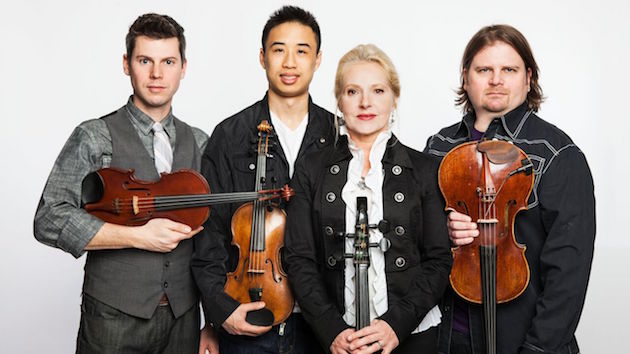 Can there be a more American image than a car-choked freeway in Los Angeles, with gas stations and restaurant signs gracing the smoggy background? Or how about two teens in a sun-dappled Texas field sharing a pot cigarette?

Such images of Americana are at the core of Ethel’s chamber work Documerica. In the hour-long chamber work, Ethel marries 2,000 images, culled from a 1971 Environmental Protection Agency photo documentary project of the same name, to original music.

The result is a fresh and timely chamber work, whose most noteworthy aspect is how thoroughly American it sounds.

The string quartet performed the work on Saturday evening at the Mondavi Center for the Arts as part of a national tour, a taut and expressive performance where the music evoked Copland one moment and Steve Reich the next.

The work, which was premiered in 2013, is timely given how it dovetails with the EPA recently turning 40 years old, and recent digitizing of the 20,000 images that make up the agency’s 1971 Documerica endeavor.

In a way, the photos are like a public benchmark — they define the creation of the EPA at a time when the nation was coming to terms with the despoiling of the environment and give a clue to how far we have come today.

The EPA’s project mirrored the Farm Security Administration’s photo documentary project commissioned during the Great Depression: A team of freelance photographers were sent to capture images of America from coast to coast that encapsulated stories of environmental problems, industries and lifestyles. Over 15,000 photos were collected, with all of them now in the public domain.

That is a fascinating and provocative starting point for a musical work, especially for an adventurous chamber group like Ethel. 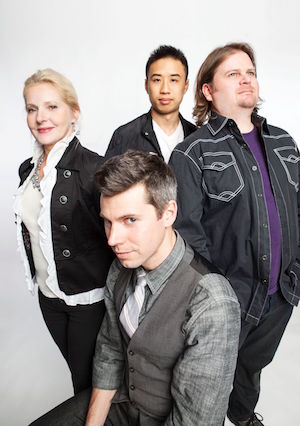 The music performed was inspired by a musical Americana. Throughout the works were sprinkled references to jazz, bluegrass and other patently American sounds.

Some of the most referential music to an earlier time came from Ulysses Owens, Jr., whose light-footed The Simplicity of Life: Swaying of the Trees referenced jazz. (Owens is drummer for Christian McBride’s big band.)

Shades of Copland and pastoral passages in Dvořák’s “New World” Symphony were conjured by “Kimo” Williams in his 12-minute Into the Liquid — the most ponderous work in Documerica.

The music that Ethel musicians wrote, as musical bridges, were not minor moments in Documerica. These were powerful musical statements of great dynamic range. None was more frenetic than cellist Dorothy Lawson’s Epic Soda — a compelling prologue that set a bold tone to the rest of the music.

As each work gave way to another, so did the visual scenes. These begin with photos of oilrigs and urban sprawl and moved on to images of water and, ultimately, to the stranglehold that the automobile had on people’s lives in the 1970s.

The ensemble reportedly worked closely and sometimes combatively with artist Deborah Johnson on the selection and pacing of the images. The goal was to leave the audience to make connections between music and visuals. There were plenty of possibilities and the diversity of compositional viewpoints made sure that the effect was inclusive. In Documerica, at least, you can find the America you wish to see.

CORRECTION (Oct. 12): The correct title of the work is Documerica, not Docuamerica.