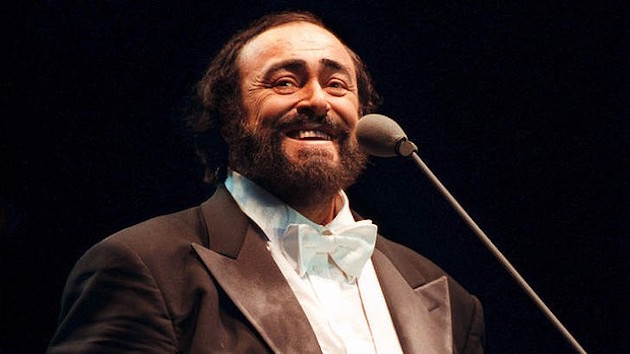 As the man himself, the documentary Pavarotti has treasures for everybody — opera fans, of course, but also rock and pop audiences, celebrity maniacs, people caring deeply about the devastation of wars and the suffering of children.

Ron Howard’s film opens on June 7, but preview screenings have already created a buzz. The impact of the documentary was unexpectedly intense and personal on this viewer.

It’s one thing to have witnessed Luciano Pavarotti’s entire career, mostly in close quarters (from La Scala to London to San Francisco, where he had 86 performances, in 12 different roles, and 10 concerts and recitals between 1967 and 1991), but quite another to reexperience the great and personal presence he was onstage and off. As with few other stars, music audiences have shared a big chunk of life with him.

Howard manages to mash celebration of a global superstar, who made opera popular as nobody since Caruso almost a century before Pavarotti, with an intimate biography of a person.

The congregation of stars — mostly from archive footage, but some appearing currently to speak of their past with Pavarotti, is dizzying. It includes Spike Lee, Princess Diana, Stevie Wonder, Bono, Plácido Domingo, Nelson Mandela, Zubin Mehta, José Carreras, Kofi Annan, and many more.

The director is masterful in showing Pavarotti as himself — son, husband, father — even in the shadow of fame, which often hides the person in other biopics that parade such a constellation of the famous.

From his birth in 1935 in Modena, Italy, Pavarotti first took an uncertain path, not indicating what was to come. His circumstances were humble, which he never owned that proudly. His father was a baker and amateur tenor; his mother a cigar factory worker — and tower of strength in supporting him always.

Young Luciano at first thought he’d be a farmer. And like most Italians at the time, he had a passionate interest in soccer, and dreamed of being a professional following Italy’s blitz of titles: FIFA World Cup winner in 1934 and 1938, gold medal at the 1936 Olympic football tournament.

Many years later, this passion for the sport culminated in the Three Tenors’ concert on the eve of the 1990 FIFA World Cup Final, which was heard by thousands watching in person and millions more watching on TV and listening to subsequent recordings. The Three Tenors in Concert still holds the Guinness World Record for the best-selling classical music album of all time.

Singing, always a part of his youth in the church and the community, suddenly became a possible career when, in 1955, Luciano and his father as members of Modena’s Corale Rossini traveled to Wales and won first prize at the famed International Eisteddfod in Llangollen.

It took a relatively short time from the decision to become a professional singer to his first success: in just six years, Pavarotti’s talent, determination, and hard work took him from an amateur chorus to principal roles in the regional opera house of Reggio Emilia, the Teatro Municipale, to world attention in 1963, when he substituted at the Royal Opera House, London, for the indisposed Giuseppe Di Stefano as Rodolfo in La bohème.

The film reminds opera lovers of the subsequent string of triumphs — the nine high C’s in one Donizetti aria, the adorable, earnest country bumkin in another; a Calaf for the ages, Verdi heroes — and his vital presence, onstage and off.

Not much is said of the Yes, Giorgio! debacle — Pavarotti’s only cinematic turn in a feature film — with its relatively low $19 million budget and dismal $2.3 million box office. Roger Ebert’s verdict said it all: “This is a bad movie, but it would have been a great deal worse were it not for Pavarotti’s almost childlike charm.”

The documentary touches on some of the missteps in Pavarotti’s career, but then makes a solid case for some of his frequent cancelations, such as staying at the side of his gravely ill daughter.

There is a detailed and fairly objective chronicle — realistic, not sensational — of Pavarotti’s scandalous affair with his secretary, which led to his divorce, and remarriage. The story is told in an especially interesting way, with the participation of both women. Even his Italian Catholic hometown turned against its beloved, most famous son, but not long after this, the streets were jammed by thousands of grieving people his death.

An especially moving episode is Pavarotti’s and Placido Domingo’s embrace of the leukemia-devastated José Carreras in the Three Tenors, and their support for the International Leukemia Foundation in Carreras’s name.

Surprising and moving, a section of the documentary traces Pavarotti’s alliance with the initially reluctant Bono, of the bandU2, Brian Eno, and other rock and pop musicians to participate in 10 benefit concerts, between 1992 and 2003, in Modena. “Pavarotti & Friends” raised millions of dollars for victims of the civil war in Yugoslavia and for other humanitarian causes.

Through it all, with the exception of some needless realistic touches such as the picture and sound of telephones when the narration refers to a call, Howard keeps up a brisk, engaging pace, mostly depending on the unavoidable talking-heads approach. The resulting film pays sincere tribute to the man and artist.

Look for Pavarotti at the Westfield in San Francisco.