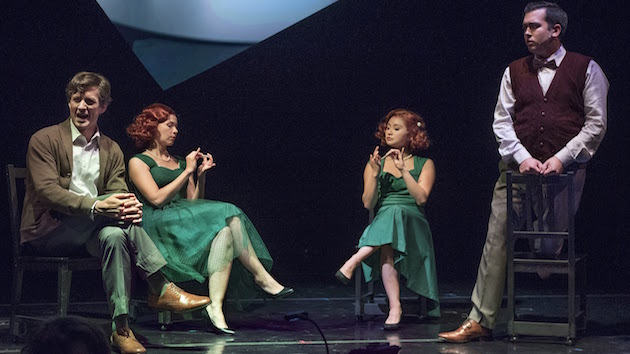 Philip Glass’s long and prolific career includes a trio of hybrid works based on films of the French auteur Jean Cocteau. Opera Parallèle staged Glass’s Orphée in 2011 and has now, triumphantly, taken on the composer’s version of Les Enfants Terribles (The Terrible Children). 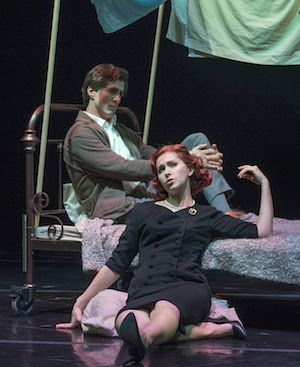 Derived from Cocteau’s 1929 novella and 1950 film of the same name, it’s the twisted tale of a socially isolated brother and sister, Paul and Elisabeth, known as Lise. The siblings create a world of their own, first in the confines of their shared bedroom, later in a mansion inherited from a man Lise is married to so briefly before his death in a car accident that the newlyweds haven’t taken a honeymoon. Terrible children indeed, as they torment each other in various ways and, most likely, have an incestuous relationship.

Opera Parallèle’s production, directed by Brian Staufenbiel and choreographed by Amy Seiwert, is austerely beautiful, with not much more than a pair of wheeled beds on stage. It hardly needs more than this, because of the doubling and tripling of Paul and Lise, who are each represented by a singer and a dancer ... and by the singers’ appearance in filmed sequences projected on screens above and to the sides of the stage. These sequences, shot from odd, unsettling angles in washed-out black and white, flesh out the dramatic action and reinforce its emotional content. 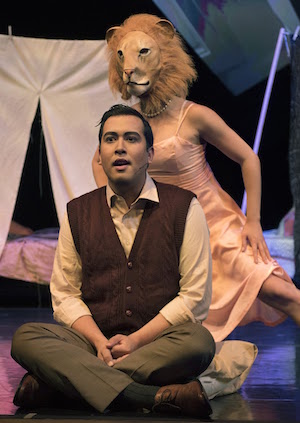 Glass’s score, written for three pianos, nothing more, is a dramatic miracle, the limited coloristic palette drawing forth a dazzling cascade of themes and moods, some clearly associated with specific characters and recurring during the opera. It is among the most beautiful and memorable of the many Glass scores I’ve heard, opening with a Stravinsky-esque burst of energy and never stopping. The vocal writing is spare and declamatory, with no big arias, which gives the opera a sense of rushing headlong toward the denouement.

Les Enfants Terribles is strongly cast, with each singer and dancer locked into the drama. Baritone Hadleigh Adams, tall and robustly built, was nonetheless a persuasively sickly Paul, singing with dark manliness. Soprano Rachel Schutz embodied the increasingly mad Elisabeth, her light soprano floating out into the auditorium and sounding quite French. Their balletic doubles, Brett Conway and Steffi Cheong, danced magnificently and intensely, their entwined bodies the physical realization of the deadly enmeshment of the siblings. Amy Seiwert created the beautiful and haunting choreography, among the best I have seen in any operatic presentation, and it works wonderfully well with Staufenbiel’s direction of the singers and the film.

Mezzo-soprano Kindra Scharich was memorable in the dual roles of Dargelos and Agathe, boyish as one and heartbreakingly vulnerable as the lovelorn Agathe. Andres Ramirez brought a lovely light tenor to Gérard and was a charming narrator as well.