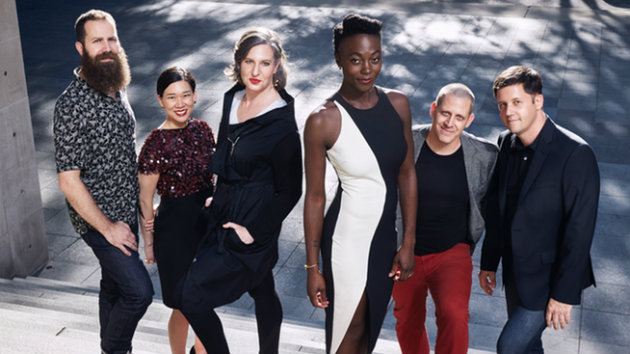 New music groups around the country are sprouting faster than spring gardens, but will they take root? Twenty years ago, new-music-focused organizations could count on a degree of media attention and philanthropic support based purely on their mission statements. That isn’t the case anymore. Conservatories and music schools continue to churn out increasing numbers of excellent musicians, but orchestral jobs are becoming more and more unicorn-like (mystical and rare) as orchestras tighten their belts. So what is this growing surplus of highly qualified young players to do?

Digging into the music of our time is a service to the art form. But it’s apparent that not every ensemble that kicks off with a bit of pluck and funding will “make it” or grow beyond a few small local concerts a year. What separates the successful, more nationally recognized ensembles from those that fade away into garage-project like oblivion? I spoke with a couple of veteran new music groups, Eighth Blackbird and Alarm Will Sound, and a couple budding enterprises, Bard Music West, (a young presenting organization), and Juxtatonal, to contrast their experiences and identify some of the qualities that help a startup in the struggle to find a foothold.

(Side point: A kickass, memorable name for your ensemble is clearly essential.)

Eighth Blackbird also began with a group of music students at the Oberlin Conservatory in the late ’90s. Rather than jumping straight into professional concertizing from the get-go, the ensemble found fame on the competition circuit, first winning the Fischoff National Chamber Music Competition and then the Concert Artist Guild competition. Winning Concert Artist Guild comes with two years of free management for touring. In this way, the group’s professional life began similarly to many mainstream classical performers and ensembles.

“This was all in the nascent days of the internet,” said Nicholas Photinos, Eighth Blackbird’s cellist. “We got a fair amount of press because we were doing something new, and that helped drive attendance as well as interest.” The group rehearsed three hours a day five days a week during this early period and graduated to a residency at the University of Chicago and professional management around the year 2000. In 2003, they became a nonprofit. “I usually explain it to people that it’s like doing your taxes, but times 20,” Photinos said, laughing.

He continued: “We’ve always prided ourselves on not defining ourselves by a style of playing. Our model was always like a Kronos String Quartet model, a deep dive into a lot of different things. You have to give people a reason to come to our concerts as opposed to someone else.”

Photinos said that starting as a group early helped significantly, as people wearing lots of different hats as teachers or performing in multiple groups tend not to coalesce. He said the amount of rehearsal time, the quality of the ensemble’s musicianship and the competition wins were significant factors in the ensembles launch. His biggest advice? “Have the hard conversations when you’re all still happy. Inevitably something will go sour, usually happens when one person does everything. Have clear expectations and clear goals. This is what we’re shooting for, how we’re going to get there and who’s responsible for what.”

A couple of years ago, Eighth Blackbird started a two-week summer creative lab to help foster young musicians and chamber groups interested in performing new music, working on both performance and administrative issues, like rental fees, timing of payments, recording rights and self-promotion.

One early product of this festival is the duo Juxtatonal, comprising Detroit-based soprano Jocelyn Zelasko and NYC-based cellist, Bryan Hayslett. The pair met at the Creative Lab in 2017 and has performed together about eight times, Zelasko said, and recently raised just over $7,000 in funding via Kickstarter to commission 14 composers in anticipation of a tour.

Zelasko explained Juxtatonal as “a contemporary voice and cello duo performing music that juxtaposes tonality with atonality. [Juxtatonal] aims to legitimize playfulness on stage, find creativity in a recreative art, and connect with audiences through compositions that blur the lines between music, art, and theater.”

Fundraising is key in a developing organization, but how does a group move beyond Kickstarter or GoFundMe seed money?

“We have talked about [incorporating], but we’re not there yet,” Zelasko said. “You have to pay dues every year. We’re not making a ton of money. There are a lot of grants that want you to be a nonprofit. There are umbrella nonprofits that partner with you to work on getting grants, which has helped get us started. We’ll see where we stand after this tour.”

Zelasko, who is in two other ensembles besides Juxtatonal and also teaches, said the group is finding its footing and that the pair intends to perform more together as time goes on.

Alarm Will Sound officially launched 19 years ago in 2001, a group of recent graduates from the Eastman School. The group’s inaugural concert featured the music of Steve Reich in New York City at the Miller Theater, and followed up with other single-composer concerts. Gavin Chuck, executive director and composer for the group, reminisced by phone about the ensemble’s early days. “We wanted people to come to an Alarm Will Sound concert because it was an Alarm Will Sound concert,” he said. “But that wouldn’t have happened before people knew of us. We knew that there would be a period when we had to establish our reputation and bona fides.”

The group quickly established a reputation for excellence, which Chuck identified as key. Presenters started booking the ensemble, taking care of things like marketing and providing a space to perform. The group played for peanuts for the first few years — “maybe $50 each per concert?” Gavin recalled. “Once we established a reputation for playing pre-existing music as well as we did, two things started happening,” Chuck said. “One is we started getting attention from composers who wanted to write for us, and we also started being able to apply for commissioning grants. The Eastman School provided some support in the beginning, and the group won its first grant around its third year, incorporating as a nonprofit in 2004.

“We [Alarm Will Sound’s members] made a commitment about the identity of the band, that it is a large ensemble, period, fairly early on,” Chuck said. “I suspect that it is important to have a strong identity, something you can internally agree on as a mission. The outside world has to know what the mission is. They know Alarm Will Sound has a certain kind of sound, and being committed to a certain identity seems really important. People sometimes ask me for advice in starting a new ensemble. Identify for yourselves what you want to see when you look in the mirror, is what I tell them.”

In the Bay Area, Bard Music West isn’t an ensemble insomuch as a fledgling presenting organization. The group has hosted two festivals to date, pop-up affairs that happen during the year. The festival is run by Bard Conservatory of Music graduate Allegra Chapman (executive director) as well as Laura Gaynon (associate director).

“We started out as a program of Bard College,” Chapman said. “We’re in a formal relationship. We borrow their nonprofit status as a fiscally sponsored 501(c)3.” Bard Music West is independently funded, though Bard provides some grant funding and helped introduce the directors to potential individual donors. “Alarm Will Sound programming is a big inspiration for me, of course,” Chapman said, while Gaynon followed up explaining, “We don’t often give new music that kind of treatment – putting a composer in context, we don’t often put composers into that prism. Putting it together in one place for audiences who may or may not be contemporary music lovers yet, this gives a sense of who the composer is and connect with the music.”

The festivals present groups ranging in size from large chamber ensembles to soloists and choirs. There are occasional multi-disciplinary cogs as well. The single-composer focus has been key in establishing a foothold in an area that already has several new music ensembles and organizations. The organization’s next festival will take place in October.

The most consistent refrains from my conversations with the established groups was the importance of defining a clear identity and above all, establishing first-quality musicianship. The commissions and funding flowed once the groups established reputations for professionalism and high standards. This cannot be overstated. Talking to the newer organizations, there’s more emphasis on finding funding and networking, though this isn’t necessarily at the expense of quality of performance. Time will tell if they’re able to grow and expand or if they stagnate and fade away.