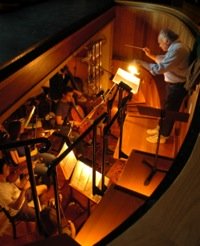 When Lorin Maazel stepped down as music director of the New York Philharmonic, he could have done what most retirees do — travel, play a little golf, take it easy. Instead, he started an opera company. And he decided to house it in his own backyard.

The company is Castleton Festival Opera, and it’s one of a kind. Launched in 2009 by Maazel and his wife, Dietlinde Turban-Maazel, it has become a premier attraction for opera lovers, as well as an acclaimed training program for young artists from around the world. Each summer, under the umbrella of the Maazels’ Chateauville Foundation, the festival assembles 200 up-and-coming singers, conductors, instrumentalists, directors, and designers, who take up residency on Maazel’s 550-acre Virginia farm for weeks of training, coaching, rehearsal, and performance. The idea was to give promising artists a chance to perform alongside top professionals, and the results are getting rave reviews.

This month, Maazel brings the Castleton festival to Berkeley with two fully staged productions of Benjamin Britten chamber operas. Presented by Cal Performances under the banner “The Britten Project,” the company will perform the composer’s Rape of Lucretia March 24–25 and Albert Herring March 26–27. Maazel conducts the Berkeley Symphony Orchestra in four performances, marking Castleton’s first westward expansion from its home base.

Maazel, who was the New York Philharmonic’s music director from 2002 to 2009, says the Castleton Festival was a natural outgrowth of his charitable work with the Chateauville Foundation. The acclaimed conductor and composer, who was traveling in Europe last week, explained the company’s development via e-mail.

“We wanted to build a pocket-size theatre on our property in Virginia,” wrote Maazel. “Once built and opened (with a benefit concert with [Mstislav] Rostropovich, for his Children’s Hospital project in St. Petersburg), we set into motion a series of events over the autumn, winter, and spring seasons, ranging from readings of Shakespeare, with Claire Bloom, to zarzuelas, with [José] Carreras. 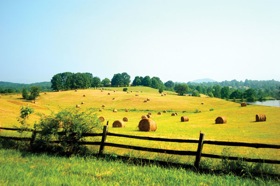 “The Castleton Festival came into being on its own,” he continued. “We noticed how young people enjoyed performing in our little theatre. Chamber opera seemed just the thing for a summer festival, and in two years’ time, we staged and performed four Benjamin Britten chamber operas. That led to an expanded repertoire — concerts; recitals; and mentoring of singers, conductors, and players by seasoned artists.”

Today, the festival stages two new opera productions and two revivals each year. According to Maazel, the work has been “so gratifying: enlightened instrumentalists, thrilled future opera stars, the finest stagings imaginable, and performance standards of international quality.” The world is taking notice, for, in addition to Berkeley, the company will travel to perform in Beijing and Toronto later this year.

Working With the Master

Nancy Gustafson, an operatic soprano who serves as Castleton’s general manager, says the festival offers young artists a wealth of essential experience, not the least of which is the opportunity to work with Maazel. “It’s first-class training,” said Gustafson, who joined Castleton as a singing coach and currently oversees all aspects of training and production. 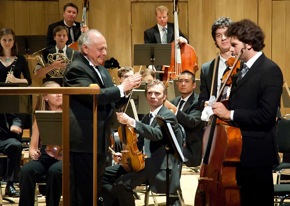 Gustafson, who frequently collaborates with Maazel (she recently appeared in a London production of the composer-conductor’s opera 1984), has sung numerous roles at San Francisco Opera, and started her career at the San Francisco Opera Center. As a participant in the company’s Merola Young Artist and Adler Fellowship programs, she became keenly aware of the value of mentoring. “I attribute my career to the training I received in San Francisco,” she said. “I understudied with Pilar Lorengar and sang alongside Mirella Freni. It was real professional-career training.”

Castleton offers a similar experience — with a few differences. “It’s not affiliated with a major opera company,” said Gustafson, “and we differ in that we also train the orchestra. We have hundreds of requests from musicians from all over the world. But we provide that kind of training, and that exposure to the artistry of Maestro Maazel. He knows everybody, and he remembers them all. And many of the singers are going on to professional roles.” 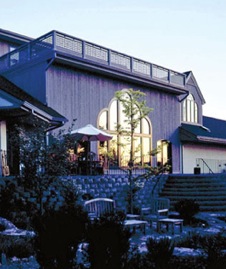 Maazel, who describes Castleton’s productions as “fresh, innovative and sane,” upholds high standards, and Gustafson remarked that audiences know quality when they see it.

“Last summer we did Puccini’s Trittico,” she recalled. “It was amazing. I was in the audience, sitting with some friends from Paris. They had tears in their eyes. They said, ‘This is as good as anything we see in Paris or at the Met.’”

Gustafson, who will sing the role of Lady Billows in the Berkeley performances of Albert Herring, credits Maazel. “He works tirelessly,” she said (noting, as an aside, that the 81-year-old maestro recently conducted all nine Beethoven symphonies on a single day in Japan).

“He loves it,” said Gustafson. “In his heart of hearts, he truly believes that we have to train the musicians of the future. If you watch him conduct these kids hour after hour, you can see his love for it. He and Dietlinde have three college-age kids, and this is so important to them.”

Central to the festival, Gustafson added, is the sense of international fellowship: bringing together artists from around the world, to make music.

“It’s all because of Maestro Maazel,” she said. “He makes it happen. This is his dream: to have everyone sit together at the same table and share meals, share their ideas. He’s realizing that dream in Castleton.”