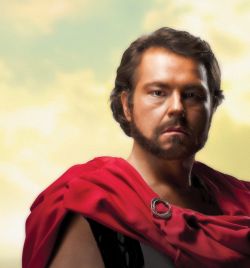 Idomeneo, Mozart's first undisputed operatic masterpiece, written when the composer was all of 25, comes to the Bay Area in September, when Opera San José stages this grand opera seria (serious opera) in deluxe style.

The story is as epic as it gets. A storm-tossed Cretan King makes an ill-fated vow to Neptune to sacrifice the first person he sees on landing safely, only to lay eyes upon his son. The prince is, naturally, embroiled in a love triangle with two princesses, each of them involved in the recently concluded Trojan War, both of whom could use a dose of normalcy. Ilia is the daughter of King Priam, whose city (Troy) Idomeneo has helped destroy, and Electra, the daughter of Agamemnon, leader of the Acheans (Greeks), who will soon be involved in her own tragedy.

As always, cuts have been made, allowing the running time of the opera to be a mere 3¾ hours.

“This was actually the largest opera ever conceived by Mozart. Some call it his 'opera grossa,'” his biggest opera, said Larry Hancock, general manager at OSJ. Mozart was influenced by both the French tragedie lyrique and the Italian opera seria, Hancock explains: “It's combining elements of both of these types so that we have two choruses, we have a corps de ballet — these are from France — and then we have extended arias and recitatives that are from the Italian tradition. So it's infinitely huge.”

No kidding. The show includes 41 chorus members, 14 ballet dancers, 180 Cretan costumes, and a three-story-high set. What's also unusual is the amount of research surrounding the production. Inspired by Crete's ancient history, the show's creative team consulted with at least three archeologists and are including artifacts from or inspired by the island of Crete in their designs. Even the set, designed by Steven C. Kemp, lives within the historical context of the Minoan era.

A Helping Hand From a Supporter

There's a reason for the historical effort being taken with this production, and it goes back to the donor, philanthropist and long-time OSJ supporter David W. Packard (the son, not the father) of the Packard Humanities Institute who is underwriting the enormous cost of Idomeneo. Packard is also known for his involvement in the Magic Flute series that united and made electronically available seven of Mozart's most significant operas in their entirety.

The cost of production won't be known until the accounting is finished, but Idomeneo is a big leap for the company. Says Packard,

In the midst of a production like Idomeneo, all you can do is know your stuff and keep your wits about you. 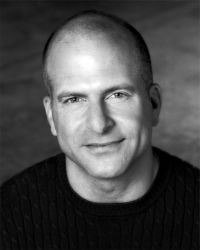 “The only thing you can do with so many people and so much material is to stay calm and encourage everyone to be present and focused on each moment as it comes, rather than worrying about the scenes we haven't gotten to yet,” said Dalton. “I am very lucky to have a fantastic collaborator, Dennis Nahat of Ballet San Jose, who helps me to stage my ideas. We work together at staging the large-scale scenes and this helps me to accelerate the process and keep the energy of rehearsals up and moving forward.”

For the Love of Mozart

As spectacular as it all sounds, OSJ isn't competing against Broadway or even L.A. Opera. It comes from a desire to do justice to a great opera. Said Hancock,

We're making this because it's one of the great masterpieces of Mozart. This isn't a publicity trick. Yeah, it's huge. It's bigger than the whole rest of our season combined I think. [If] you look at all the costs we have for our whole season, I don't think that they will equal the cost of Idomeneo. It's massive. What we're trying to do is live up to what this score asks for and make it as real as possible for the audiences that are coming to see this.

“The only thing you can do with so many people and so much material is to stay calm and encourage everyone to be present and focused on each moment as it comes, rather than worrying about the scenes we haven't gotten to yet.” – Brad Dalton, stage directorThe creative team hopes that the effort and money will help audiences buy in to the drama in the show, which is sometimes difficult due to the dated conventions of opera seria.

“This is a compelling situation filled with moral decision making. That was what opera seria was about,” said Hancock. “Who's going to do the right thing and who is not? It's a moral kind of judgment problem. [In Greek] tragedy, also about huge monumental things, [it's] not so much about morals as about how you're not in charge.”