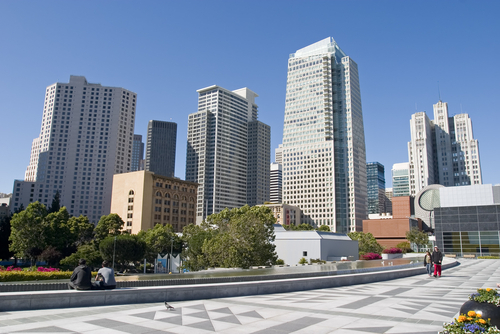 How can you generate more revenue for the arts?

“Tax the rich. Duh,” replied the feisty Baum, cracking up the big crowd at the Novellus Theater.

The silver-haired dramatist, who hadn’t actually been invited to participate but made her way onto the stage anyway, proved to be the most amusing and provocative of the 10 mayoral candidates who’d come to woo the local arts world. She shared the stage with San Francisco Acting Mayor Ed Lee, Public Defender Jeff Adachi, City Attorney Dennis Herrera, and a batch of current and former city supervisors: Michela Alioto-Pier, John Avalos, David Chiu, Bevan Dufty, and Tony Hall. Venture capitalist Joanna Rees rounded out the group.

Sponsored by a consortium of San Francisco arts groups, the forum was designed to find out what these politicians had to say about arts funding and education, the role the arts play in the city’s cultural life and tourism-and-technology-based economy, and what they would do as mayor to nurture the scene here.

As expected, all the candidates spoke of their passion for the arts, the crucial contribution the arts make to the city’s economy — a 2007 study by Americans for the Arts estimated that San Francisco’s nonprofit arts industry generates about $1 billion in economic activity annually — and the need to restore city arts funding cut in recent years due to shrinking revenues and budget shortfalls.

“To piggy-back on what Terry just said, we need to stop raiding the Hotel Tax Fund, duh,” said Chiu, the president of the board of the supervisors. “That’s something we all agree on here.”

He was referring to the city’s groundbreaking and invaluable Grants for the Arts program, which provides reliable funding to more than 200 San Francisco arts groups and cultural events, from the San Francisco Opera to Samoan Flag Day. Over the last several years, Grants for the Arts’ share of the revenue from the Hotel Tax has shrunk by about 25 percent, as more money was siphoned into the city’s general fund. The agency used to get 8.5 cents of every hotel-tax dollar; now it gets a nickel. For fiscal year 2011-12, it will give out $8.8 million in grants. In 2008-09 — based on income projected before the recession hit — the program awarded $11.5 million.

In addition, some of the money earmarked for public school arts programs as part of Proposition H, which voters passed in 2004, has been re-allocated to other city services. Schools around the city have cut art and music classes to cope with budget cuts. Chiu, Herrera, and Dufty all pledged to bolster Prop. H and renew it before it expires in 2014.

“So many young people are stimulated through the arts,” said Dufty, whose godmother was Billie Holiday. His daughter, Sydney, attends Rooftop School, an art-rich, alternative public school in Twin Peaks. She and her classmates made a field trip to the de Young Museum last week, Dufty noted, and “we spent three days looking at Picasso pictures instead of watching Justin Bieber videos. I gotta tell you, it was a big improvement.”

That got a rise out of the audience, which was filled with artists, arts-organization honchos, and culture-minded voters. Talking about the need for affordable artists’ housing, Dufty offered the novel suggestion of creating artist-in-residence programs in public housing projects.

“Can you imagine if we had sculptors and painters and musicians who could connect with people living in those developments, the young people?” he asked. “So much artistic expression comes out of pain and difficult experiences. If these young people could express themselves, maybe we could break the cycle of violence in San Francisco.”

While Braun reiterated her desire to tax the rich to pay for low-cost housing for artists, Adachi offered another way of raising revenue for the arts: enforcing and expanding the law that requires developers of major building projects to spend one percent of the construction cost on art. That prompted Chiu to suggest that rather than using all that money to install a big sculpture in a financial-district lobby, some could be spent on neighborhood art and music programs.

Adachi also plugged his efforts to pass Proposition D, a controversial pension-reform measure on the November ballot that he claims would save the city $1.7 billion over the next seven years.

“Perhaps it’s not the most popular thing to do, but that’s what we have to do if want to restore arts and other programs that have been cut,” the public defender said. Adachi took the opportunity to chide Mayor Lee and other city officials for approving millions of dollars in payroll tax breaks for Twitter to keep the social-media giant from leaving the city.

Using Arts to Renew a Neighborhood

Twitter will occupy the old Furniture Mart at Market and Ninth streets, in the crummy mid-Market corridor that the city is trying to revitalize as an arts and culture zone. The Burning Man organization has leased space at Sixth and Market, and American Conservatory Theatre has expressed interest in moving its offices to the area, where the Arts Commission puts on shows by local artists in vacant storefronts.

“Artists are reviving that neighborhood,” Lee said. “Art is actually becoming a leader in helping us create new economies.”

That kind of talk played well with the audience, whose members included San Francisco Symphony Executive Director Brent Assink. He was pleased by the mere fact that so many candidates turned out to pledge their allegiance to the arts.

“I wanted to hear all these candidates say that the arts really matter to the cultural vibrancy of San Francisco, however you define it,” Assink said. “Of course they’re going to say it to this audience, but you can only fake it so much. I think most of them are onboard with that.”

“We had most of the mayoral candidates talking to us about their commitment to the arts,” Felt said. “That’s better than we usually get.”