Peter Pastreich agrees with those who call the Bay Area’s prized Philharmonia Baroque Orchestra “America’s leading period-instrument ensemble.” But if you asked concert presenters at top international venues like London’s Barbican Centre to name the really important orchestras, “we might not be on that list,” says Pastreich, the esteemed arts executive who became the PBO’s executive director last spring. 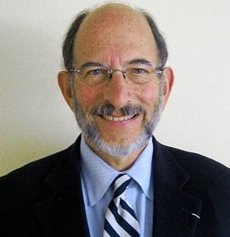 As the PBO begins its 30th anniversary season, Pastreich, the board of directors, and Music Director Nicholas McGegan aim to change that. They’re taking major steps to raise the profile of an ensemble known for the richness of its programming and the brilliance and verve of its historically informed performances.

Tours, recordings, new concert series, and a radio program are part of the master plan. The PBO, which recently featured an all-Mozart opening program featuring Robert Levin on fortepiano, is truly expanding its reach.

This summer, the orchestra, which has traveled sporadically over the years and played major venues in the U.S. and abroad, will tour to America’s prime summer music festivals: Ravinia, Mostly Mozart at Lincoln Center, and Tanglewood. McGegan and company will perform the production of Handel’s Orlando they served up here last season, with soprano Dominique Labelle, mezzo Diana Moore, and other notable soloists. The orchestra will begin touring annually, Pastreich says, and has its eye on Europe for next year.

In addition, the orchestra, which has released more than two dozen well-received discs on Harmonia Mundi and other labels since the 1980s — among them the Grammy-nominated 1991 live recording of Handel’s oratorio Susanna —- plans to start recording again after a six-year pause. It will probably form its own label, as many orchestras have done, and put out several discs a year.

Then there’s the new Philharmonia Baroque radio broadcast series on KDFC (FM 102.1), which began Sept. 12 and runs at 8 p.m. every Sunday except the first Sunday of the month. Hosted by the witty McGegan, who introduces the music and tells stories about the composers, the show features thematic programs composed of pieces recorded live at PBO concerts. It’s believed to be America’s first regular radio series starring a period-instrument orchestra.

And as if that weren’t enough, the orchestra has expanded its four-venue Bay Area concert season from seven to eight programs, launched two new series, and expanded its educational programs.

Those new initiatives include a Sunday matinee chamber music series at the San Francisco Conservatory of Music, as well as master classes and lectures in partnership with the Conservatory. The chamber series features an all-Mozart concert by the sublime Frederica von Stade, whose farewell performances this year will include her PBO debut. On March 4-9 in San Francisco, Berkeley, Atherton, and Walnut Creek, von Stade will sing selections from Gluck’s Orfeo ed Euridice and also the U.S. premiere of Nathaniel Stookey’s Into the Bright Lights, set to her own poetry.

“It’s all about creating more excitement,” says McGegan, celebrating his 25th year at the helm of the early-music orchestra that began as a sort of Berkeley musical collective founded by harpsichordist Laurette Goldberg. 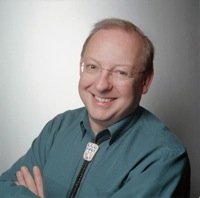 “If you just tread water, the tide will push you back,” says the maestro, a good man with a metaphor, talking by phone from his Berkeley home. “In order to move forward, you have to really swim hard.”

McGegan, an “Oxbridge”-trained musician who recently turned 60, shares Pastreich’s conviction that to move onward and upward, “We have to record, and we have to travel. I would like to get regularly to New York and London, as well as to Tokyo and Seoul. It would be great to become a regular part of American musical life, like the St. Paul Chamber Orchestra [with which he was associated from 1999 to 2009]. That would be a very nice thing to do.”

McGegan, who in the 1970s played flute and harpsichord on some of the first original-instrument recordings of Baroque classical music, arrived in Berkeley in 1981 from St. Louis, where he was artist in residence at Washington University. He was asked by Goldberg and her “inner sanctum,” as he puts it, to become the PBO’s music director.

“My first impression was that the rehearsals were a little like Quaker meetings,” McGegan says. “Which is fine for Quakers, but not a great way to get something done. Somebody has to make a decision. They were looking to a benign tyrant, which is what a conductor is. Some are not so benign.”

One of his first directives was to get rid of the musicians’ attire. They wore black shirts with purple sashes that “someone said made them look like Serbian waiters,” recalls McGegan, who prevailed upon them to wear formal concert dress, tie, and tails. Before he arrived, the orchestra played exclusively Baroque music on instruments of the period. Goldberg and others had studied early-music in Amsterdam; McGegan came from the London tradition.

“I brought a different style,” says McGegan, widely acclaimed for his revelatory Handel performances and recordings with PBO and other orchestras. “In the states, there was very little classical music, Haydn and Mozart, played on [Classical] period instruments. Philharmonia had played none.”

McGegan changed that. When the PBO began playing Mozart, he says, some audience members complained. They could hear Mozart at the Symphony, they said, and wanted to hear music the Symphony didn’t play. “They wanted to hear something by Telemann. Mozart wasn’t ‘early music,’ not early enough,” McGegan says.

“Last year we did Brahms. Some people didn’t like the idea. But I think you need to stretch an audience, give them something they haven’t heard, instead of just producing the same thing over and over again. Brahms on original instruments is great fun. I like to push the boundaries. If you’re growing a garden, do you want to grow the same variety of tomato every year, when there are so many varieties out there?” 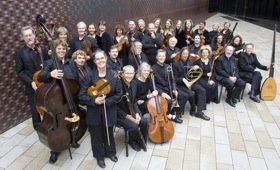 To celebrate the PBO’s quarter-century anniversary, the orchestra commissioned Jake Heggie’s To Hell and Back, written for Baroque instruments and featuring Broadway star Patti LuPone. Hardly the kind of thing you’d expect from a period-instrument ensemble, it was a hit here and at the Ravinia Festival in Chicago. The ensemble had earlier received acclaim for its collaborations with choreographer Mark Morris, including the U.S. premieres of Morris’ productions of Purcell’s King Arthur and Rameau’s Platée.

To toast the PBO’s 30th birthday, McGegan has programmed a wide variety of music, balancing familiar works the orchestra hasn’t played in years with pieces it has never performed. The former include Vivaldi’s Four Seasons, Handel’s Messiah, and Bach’s Weichet nur, betrübe Schatten (The wedding cantata), which PBO played at its first concert and hasn’t reprised since 1988.

Of the 28 pieces the orchestra is presenting this season, 12 are new to the repertoire. Those include Vivaldi’s Stabat mater, RV 621; three works by Telemann (among them the Concerto for Three Horns and Violin in D Major); and Mendelssohn’s Symphony No. 1 in C Minor, Op. 11.

“It’s going to be fun,” says McGegan, whose exuberance and humor have helped take some of the starch out of classical music. “I don’t believe starchiness is interesting,” says the conductor, who never went in for what he calls “the granola approach” that some “holier-than-thou” early-music proponents took: “This doesn’t taste very good, but it’s very good for you. As opposed to just making music.

“We’re not marketing ‘correctness.’ Our job is to perform for the audience and make it an enjoyable concert. Let them be moved to laughter or tears. We don’t want anybody coming out of the concert saying, ‘That was rather dull, but it was so correct.’”

Pleasure of Playing Together

That joyous spirit is what sets PBO apart from other ensembles. Pastreich, who calls McGegan an inspiring leader and a genius in this repertoire, is struck by how much the players enjoy making music together.

“I’m just astonished to see all the musicians smiling, looking at each other, looking at the conductor, and having a good time,” he says. “Most orchestras don’t do that. They play extremely well, but they don’t look like they’re having fun.”

The familial vibe has something to do with the fact that there isn’t a regular concertmaster — three violinists trade off — and the first and second chairs on various instruments sometimes switch roles. “That makes for a different spirit,” Pastreich says. “I find in this orchestra a greater spirit of togetherness and enthusiasm. Of course, you can have all the enthusiasm in the world and be lousy. This orchestra has enthusiasm and very high standards.”

The PBO wants to bring those high standards to the attention of a wider audience.

“We’re not starting from zero; we’re starting from a very strong point,” says Pastreich, who sees his role as helping the board realize the goals it set out in its strategic plan.

“Our ambition is not only to become more famous, but to serve the community better,” he says. “That’s why we’ve doubled our education program this year. We want to be one of the leading period-instrument orchestras in the world. I don’t want to wait 10 years to be there. I think in five years we can achieve most of those goals.”