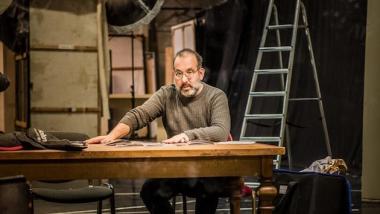 Barrie Kosky Talks About His New La bohème and More

Barrie Kosky remembers his first La bohème. The son of European Jewish immigrants in Melbourne, Australia, he was 13 when he was taken to see Puccini’s opera for the first time. It starred Luciano Pavarotti. Since then, Kosky, who is now artistic director of the Komische Oper Berlin, said he’s seen dozens of bohèmes — “some good, some great, some goddamn awful.

On Sept. 14, Los Angeles Opera will open its 2019–2020 season with a new production of La bohème from the Komische Oper Berlin, directed by Kosky. It will replace the popular (and much reprised) 1993 production by film director Herbert Ross. It will be the third presentation of a Kosky creation by LA Opera.

It’s an association that began in 2013 with Kosky’s silent-film homage treatment of The Magic Flute, followed the next season by his evocative pairing of Henry Purcell’s Dido and Aeneas with Béla Bartók’s Bluebeard’s Castle (originally staged for Opera Frankfurt). His Magic Flute will have a second revival in February.

Say what you will about the ubiquitous nature of social media, if had not been for YouTube, LA Opera’s productive collaboration with Barrie Kosky might never have gotten off the ground. Kosky talked about that and much more when I spoke with him by phone in Berlin.

Tell us about how you came to work with the Los Angeles Opera.

My association with LA Opera began when Christopher Koelsch [the company’s president and CEO] came to Berlin to see my production of The Magic Flute. He’d seen pictures of it on YouTube that were posted a few days after the premiere. He got so excited, he jumped on a plane and arrived in Berlin in time for the second or third performance. He acted very instinctively. His response was, “We need to take this to LA!” It all happened in a very short space of time.

When we did that production, we knew we were taking a whole new approach to the opera. But we never imagined that in the seven years since it premiered, that the production would be seen by more than a half a million people in 30 different cities around the world.

After LA Opera presented its revival of The Magic Flute [in 2016], Christopher and I began discussing what would come next. Our first choice was my adaptation of Leonard Bernstein’s West Side Story. I was very excited about the idea. It’s a very particular reading of the piece that Christopher and I both thought would be very interesting for American audiences.

We obtained the rights but were ultimately defeated by union restrictions. The production takes place on a bare stage with a lot of bodies and a lot of smoke. Apparently you are not allowed to use the kind of smoke we had in California. We tried using all kinds of different smoke and nothing worked, so we gave up.

How did you decide on La bohème?

Christopher comes to Europe often. And during a visit I told him I was creating a new La bohème for my company. Christopher made the decision to take it sight unseen.

There have been so many productions of La bohème in the past. What was the approach you took?

La bohème is so well known and so overloaded with traditions and clichés and bad habits it’s become a part of our cultural DNA. But we forget that at the time of its premiere [Feb. 1, 1896] it was incredibly innovative in its musical composition and the depiction of the characters. I also think Puccini’s operas represent a bridge between opera and the emergence of film.

We had eight weeks of rehearsal, which gave us time to go deeply into the music and the text. That’s only possible because 80 percent of our budget is government supported. We also listened to Toscanini’s 1946 recording and found it to be considerably faster in its tempos than most modern productions, about 15 minutes shorter.

What we came to realize was that a lot of what is taken to be “authentic performance practice” is not actually there at all in the score. People like to call Puccini’s operas “sentimental.” They’re not sentimental. They’re emotional. It’s the productions that are sentimental. Our inroad to our bohème was looking at the story as a memory space as if an older Rodolfo was looking back on that period in his life when his heart was broken for the first time. We decided to blend elements of time and place in the staging and costuming. We also took the position that these young men are serious artists, not dilettantes. They’re also a group of young people that are probably facing death in a personal way for the first time.

With The Magic Flute, you and your collaborators (Suzanne Andrade, Paul Barritt, and Esther Bialas) placed so much emphasis on the use of film. Do you think film should play a critical element in opera staging?

I really don’t believe in modes or what’s currently fashionable. Whether you use sets or a bare stage, film and projections, traditional or contemporary costumes is not what matters. What matters is knowing what you want to say with the piece. The other aspects are means to that end. I don’t think opera productions should be about following trends. It’s an interpretive art form and there are myriad ways to interpret every opera. What makes opera extraordinary is not watching it on a tablet or YouTube or Instagram. It’s about the power of live performance in a theater surrounded by an audience of strangers sharing a common experience. That’s an experience that goes back thousands of years to the ancient Greeks.'

In 2017 you became the first Jew to direct a production at the Bayreuth Festival when you staged Die Meistersinger von Nurnberg. Could you talk about that experience?

There have been a number Jewish conductors  and singers, particularly before 1933. But I was the first Jewish director. I do not think that any Jewish artist who works on Wagner can not confront the act of singing, conducting, or directing it with being Jewish. I don’t think it’s possible to escape the dilemma and the complexity of it. The complexity being, how do you reconcile the genius of Wagner’s musical language and his role as one of the most influential European artists ever, with the fact that his rampant anti-Semitism and his racism is interwoven into the fabric of the characters of his operas.

Hitler’s love of Wagner doesn’t interest me. Hitler loved Lehar. Hitler loved Beethoven. The Third Reich’s use/misuse of Wagner is predictable but also doesn’t interest me. I’m much more interested in the fabric of 19th-century anti-Semitism and Wagner’s definition of what Germany is, and what is not German. That has always interested and repulsed me. I’ve done eight Wagner productions in my life, and I have [been] attracted and repelled by this man’s music for quite some time.

When Katarina Wagner asked me to do Die Meistersigner, which is the most problematic of all the operas, my first reaction was “No. I am not coming to Bayreuth, of all places, to do Die Meistersinger, of all operas.” She was quite sensitive about it. I told her I needed six months to think about it and see if I could come up with an approach that I can reconcile some of these issues. She gave me six months, and I did find a way into the piece and the world of Wagner in Bayreuth.

When you do Wagner in Bayreuth it’s a very different experience from when you do Wagner any place else in the world. It’s a strange place with very spooky ghosts and dybbuks [malicious spirits]. I find it a very unsettling place. But on another level you have to appreciate this theater Wagner created. There’s something magical about that. You can’t escape it. So the idea that Wagner seduces and repulses simultaneously is something I embrace. You just have to accept it.

Wagner fans can easily say that music cannot be anti-Semitic, but that’s ridiculous. We’re not talking about music. We’re talking about text and character and narrative and history. It’s not a symphony. It’s not a piece of abstraction. There are metaphors and the transformation of ideas into characters. That’s what Wagner does. Working through the process of that production for three years and presenting the production that we did, where we essentially put Wagner and the history of Meistersinger on trial at the Nuremberg War Trials chamber was a very cathartic experience. 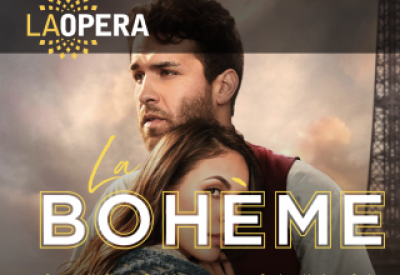 James Conlon directs the company premiere of a Mozart masterpiece.