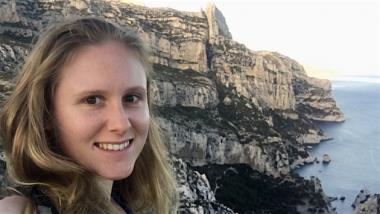 The Philadelphia Inquirer called her music, “high-voltage and wildly imaginative,” while Musical America’s Clive Paget dubbed it “the coolest, most exciting, most inventive new voice I’ve heard in ages.” She is 27-year-old Gabriella Smith, whose string quartet, Carrot Revolution, will be performed by the LA Phil New Music Group on Nov. 5 in a program that also includes works by Jay Campbell and Eric Wubbels. John Adams conducts.

Smith is a staunch environmentalist who grew up in Berkeley, California, and began composing at the tender age of 8. Three years later she was studying composition with pianist and composer Arkadi Serper at Berkeley’s Crowden School. She went on to receive her bachelor of music degree in composition from the Curtis Institute of Music, where she wrote an 11-minute work for oboe and string quartet called Kisiabaton.

She later attended Princeton University for graduate school. Her first orchestra piece, Dances of the Isuan Interval, was performed by Kent Nagano, George Thomson, and the Berkeley Symphony in an “Under Construction” concert in December in 2006. Smith’s Somniballare, for cello, piano, and percussion was selected by San Francisco new music group the ADORNO Ensemble for their ScoreXchange program in the 2008–2009 season.

Since then, Smith’s music has also been performed throughout the U.S. and internationally by Eighth Blackbird, Bang on a Can All-Stars, the Cabrillo Festival Orchestra, the Nashville Symphony, and Aizuri Quartet, among others. Recent highlights include the world premiere of a new work for Roomful of Teeth and Dover Quartet at Bravo! Vail Music Festival.

In addition, Smith is a recipient of a BMI Student Composer Award (2018), the ASCAP Leo Kaplan Award (2014), and is the winner of the American Modern Ensemble Ninth Annual Composition Competition (2015). The composer is also no stranger to Los Angeles, having had three orchestral performances in the City of Angels just this year: Her 2014 work, Tumblebird Contrails, was performed by the Los Angeles Philharmonic and conducted by John Adams in January; the 2013 work, Riprap, was played in March by the Los Angeles Chamber Orchestra, and Smith’s Hexacorallia, was given its world premiere in April by the Kaleidoscope Chamber Orchestra.

I had the opportunity to speak with Smith via FaceTime from Marseille, France, where the young composer has been living for the past two years.

It’s a long way from Princeton, where you’ve been working on your doctorate, to Marseille. Have you finished it yet?

No, I haven’t finished it yet. The way the program works is that you get five years of funding and after that you’re on your own timeline. I’m working on my dissertation, writing about composer processes — how different composers’ processes make different kinds of music. This includes the tools they use, like music notation software and stuff like Logic, Sibelius, and Pro Tools. It’s a great excuse to talk to interesting people whose music I love.

Was there music in your family and what drew you to composing?

My parents were both music lovers but not musicians, and I grew up playing violin and piano. I had a great piano teacher as a kid who was also a composer, so I started writing music at about 8, to try it out and see how the music I’d been learning came into being. I got drawn in and realized that it was a lot harder than expected. I had [sounds] in my head and would keep trying and trying to hear that music in my head. In my experience, I also met a lot of kids who grew up playing an instrument and started composing for the same reasons. Mostly, though, they didn’t have anyone encouraging them, so they stopped.

I understand that when you were 15, you used to drop by John Adams’s place to drop off music you’d written. Were you neighbors? How did that work?

We weren’t neighbors, but I was part of a program with the Crowden School and met him through that. At some point I think I sent him an email saying how much I loved his music. He didn’t teach regularly, but I asked if he would be willing to give lessons, so he invited me over once a month or so for a little while. We would just chat and he’d look at my scores, give me advice, give me music to listen to and that would inspire me.

Can you please talk a little about Carrot Revolution, which was premiered in 2015 by the Aizuri Quartet and which you’ve described as “crunchings and tappings, a patchwork of wildly contrasting influences and full of weird, unexpected juxtapositions.”

I wrote it in 2015 and it was commissioned by the Barnes Foundation in Philadelphia. If you’re not familiar with [Barnes], it’s sort of a strange art institution with really famous works — Cézanne, Renoir. But instead of traditionally having one work on a blank wall, it’s all of these different works next to each other and arranged in specific ways that Dr. Barnes thought would bring out the colors, shapes, and forms. In addition to paintings, there’s pottery, furniture, and odd household objects scattered throughout that makes you notice things in the works that you wouldn’t notice. What Dr. Barnes was going for is what I go for in my music.

The title, Carrot Revolution comes from a quote that’s attributed to Cézanne, though it’s in a novel by [Émile] Zola. “The day will come when a single carrot freshly observed will start a revolution.” This piece is a celebration of fresh observations and new ways of looking at old things such as the string quartet.

It’s changed a lot over time, but recently — and including when I wrote Carrot Revolution — a lot of my process is that I sing and play violin when I write music. And often when I write pieces, I’ll record each layer: violin if it’s for strings and I sing if it’s for wind and brass, since I don’t play wind or brass. I find that’s the best way for me to approximate those sounds. Of course, I have to use my imagination and I often record all of those parts, layering them on Logic [digital audio workstation] and transcribing it onto Sibelius, the notation software.

Depending on the piece, though, I’ll almost always start with a kind of general concept or structure that determines what happens in the piece. I’ll have the overall concept before I record, and that will guide me in other ways that I generate material. Often, I’ll draw out a map — where the climax is, what sections are where, what’s going to be loud and soft. Sometimes the entire concept changes, but more often little things get tweaked.

Some of your music is inspired by nature and you’ve also used an underwater microphone — a hydrophone — to make soundscapes. How did that come about?

At some point, when I was working on a songbird-monitoring research project as a teenage volunteer, I was interested in music and sounds, like dawn choruses [because] birds sing more in the morning. I started recording those, and then somehow that transitioned into me getting a hydrophone and recording underwater sounds. I’m totally obsessed with this.

I’ve been recording the noises you can hear down in coral reefs since 2016, [where] you can hear parrot fish chomping on coral. You literally hear them chewing it. There are lots of different species of fish that make grunting sounds. We have a great fish market here down by the port [in Marseille], where people unload their fish, but I’m not recording in the Mediterranean, because the problem is that boats make so much noise. You need to get away to make recordings that don’t have engines in them. I’m working on recording everywhere I go, but that is probably the main problem.

I read that you also like hiking — and that you often take your ukulele with you. What’s up with that?

I only take it when I go on long backpacking trips just so I can have some music. So, yes, whenever I get a chance, I’ll go backpacking, often by myself, and for as long as I can get away with. The longest has been 16 days by myself and that was in the Sierras at the end of August and early September, my favorite time of year.

What about supplies, and isn’t it dangerous to hike alone for such long periods of time?

There are places where you can resupply or people can bring you a food pack that you can make ahead of time. I’ve done it quite a bit and I feel like, for the most part, I’m pretty smart about it. You are more likely to get hit by a car, which is the way a lot of people die, than by backpacking by yourself. In some ways, you’re at lower risk, in others, you’re higher — it evens out.

The year ahead looks to be a busy one. You’ve got a new piece for the Oregon Symphony in February and a new work for composer/pianist Timo Andres in April at Carnegie Hall’s Zankel Hall. And in the spring of 2021 the Santa Rosa Symphony will debut a new work of yours as part of its First Symphony Project. Where do you see yourself in the next five or 10 years? 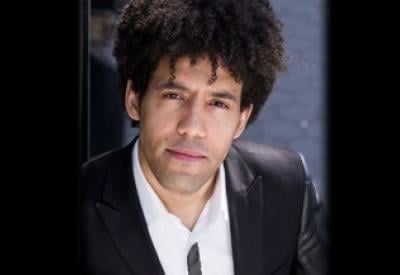