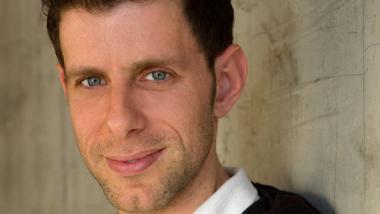 On September 2, 2015 the Los Angeles Philharmonic announced the appointment of Yuval Sharon, the founding director of The Industry (presenters of Christopher Cerrone’s Invisible Cities and the mobile opera, Hopscotch) to the newly created post of Artistic-Collaborator. The three-year agreement began in 2016 and will last through the orchestra’s celebratory centennial season, 2018-2019

Speaking at the time, Philharmonic Music Director, Gustavo Dudamel commented, “Yuval is an extraordinary director and producer. His projects challenge us to think differently about how music and the arts can play a part in our lives, and they make us look at the world around us in different ways. We're giving him the platform of the L.A. Phil to work with creatively, and I can't wait to see the results."

According to a Philharmonic press release, Sharon’s mandate was to:

Curate multiple projects for the L.A. Phil using his experience in developing new works and reinterpreting established works. These projects will cut across the L.A. Phil’s various series and incorporate several performance genres. These varied performances will take place not only within Walt Disney Concert Hall, but also outside of the venue in diverse locations throughout Los Angeles. The collaboration marks the first multi-year association Sharon has entered into with a major U.S. orchestra.

On October 1, the first manifestation of the Sharon/Philharmonic partnership will be unveiled as part of a 12-hour marathon of concerts (including eight world premieres commissioned by the Philharmonic) all under the banner of the Green Umbrella called “Noon to Midnight.”

Reminiscent of the Bay Area’s meandering musical odyssey, “Garden of Memory,” the performances will take place simultaneously throughout the Walt Disney Concert Hall. The performances will include a featured 8 p.m. concert on the main stage conducted by John Adams, who was instrumental in organizing the event with Chad Smith (the Philharmonic’s Chief Operating Officer). Sharon’s contribution is a collaborative art/music installation called “Nimbus,” with music by Rand Steiger, which will be on display for a year.

I spoke with Yuval Sharon about what his future with the L.A. Philharmonic and the Industry has in store.

Tell us about the conversations you had with the Philharmonic that led to your appointment as their first Artistic-Collaborator.

The Philharmonic was a major draw for me when I made the decision to move to Los Angeles from New York. I don’t think The Industry could exist in Los Angeles without the groundwork in new music and adventurous programming the Philharmonic has done.

They proposed the idea of a residency that would go beyond just doing projects, but thinking about them in a broader context. They were interested in a deeper, long-lasting relationship with the orchestra that would focus on the interaction between artists and audiences, which is also central to what we’ve been doing with The Industry. It would also involve outreach and connecting in new ways to the community. The orchestra’s centennial season is coming (the actual date is Oct. 24, 2019) and I think they hired me very much with that in mind.

In your work with The Industry you’ve stressed a unique fusion of music, theater, the environment and the audience. Could you talk about that relationship?

I like to think the projects I have done with The Industry have been experiential more than anything else. Merging the arts should create a large-scale experience rather than a more straightforward presentation. We’ve been able to do projects, like Invisible Cities and Hopscotch on an audacious scale. The collaborations with the LA Phil have the potential speak to a much wider, more inclusive audience. I’m also interested in bringing the approach we’ve taken with The Industry to more standard repertory. I want to expand the conventional concert experience in new ways.

Was that the idea behind Night of Dreams: A Schubert & Beckett Recital (on March 21, 2017) in which you plan to interpolate Schubert songs (sung by Ian Bostridge) with Beckett’s short plays: Catastrophe, Ohio Impromptu, Rockabye, That Time, Come and Go, and “Act Without Words II?

I’ve had the idea for awhile: Beckett’s short plays are like recital pieces and I want to look at the recital form with new eyes. Schubert was Beckett’s favorite composer. I think for a lot of people that would come as a surprise. You’d think he would love a composer like Morton Feldman, not an arch-romantic like Schubert. But when you really get to know Schubert’s songs you find longing, melancholy, and a sense of despair, the same atmosphere that pervades Beckett’s plays.

Recitals are about context and the order in which songs are put together. It’s not really about the individual song. It’s about curating a journey through tonalities, through major and minor shifts. That’s what led me to the idea of not just songs alternating with songs, but alternating with theater pieces.

Your first project with the Philharmonic is not a performance, but the installation piece, Nimbus. It is at the same time part of the “Noon to Midnight” which is a multi-performance event. It’s similar, in that way, to your work with The Industry isn’t it, in that it encourages the audience to create their own individual experience?

People assume when they go into a theater they’re going to have a monolithic experience; everyone is going to be moved at the same time, laugh at the right moment, everyone is going to cry at the right moment. I like the idea that an art piece like Nimbus and a large-scale event like “Noon to Midnight” is like a forest that allows the audience to wander through it and make their own unique piece out of what they see. That was certainly true with Hopscotch, where the audience had to really work at finding their own footing. Nimbus is an ever-changing installation piece. There is no correct or incorrect way to view it. That’s the kind of relationship that visual artists deal with all the time. I’m interested in creating performances that work the same way.”

On June 13, 2017 you are going to present a staging of Lou Harrison’s opera Young Caesar at Walt Disney Concert Hall. That’s a piece with deep California roots. It had its premiere at Cal Tech in Pasadena in 1971. Talk about what attracted you to the opera and your interest in Lou Harrison.

One of my goals with the Philharmonic is to create new stagings of great works by the composers of California’s counterculture, like John Cage, Harry Partch, and Lou Harrison. It’s part of a long-term project I’m calling, “Highway One.” The Industry’s production of Terry Riley’s In C (at the Hammer Museum) was part of it. I thought Young Caesar would be an ideal fit with the Philharmonic. We’re creating a new performance edition that will coincide with the Harrison centennial. We’re working with Robert Gordon, who wrote the original libretto. Our idea is to make it an amalgamation of the various versions. We’ll be using shadow puppets and dancers and, of course, there will be a gamelan orchestra.”

Can you say anything about The Industry’s next big project?

We are working on an operatic reimagining of Bertolt Brecht’s play, Life of Galileo with music by Andy Akiho.